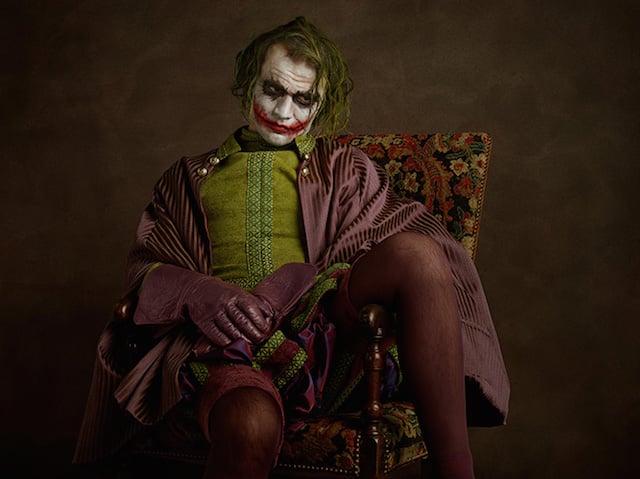 What if Superman was born in the sixteenth century? What if the Hulk was a Duke? How might Van Eyck have portrayed Snow White? These are the questions that gave birth to the creative-yet-strange-yet-somehow-awesome portrait series Super Flemish by photographer Sacha Goldberger.

Goldberger — known best perhaps for his superhero photos of his grandmother — set out to answer these questions about two years ago. 24 months later, with the help of about 110 people, he managed it.

The final portraits depict everything from Star Wars characters to Marvel superheroes to storybook characters in 16th-century poses, lighting, and attire, lost in melancholic contemplation of their own invincibility: 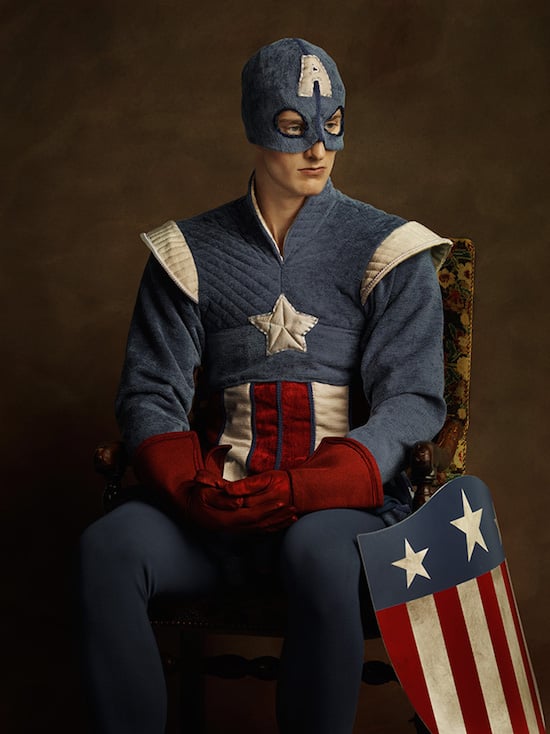 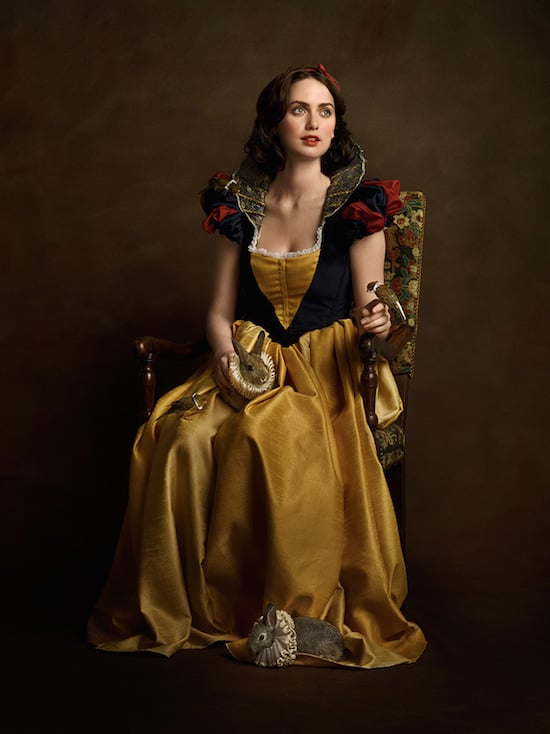 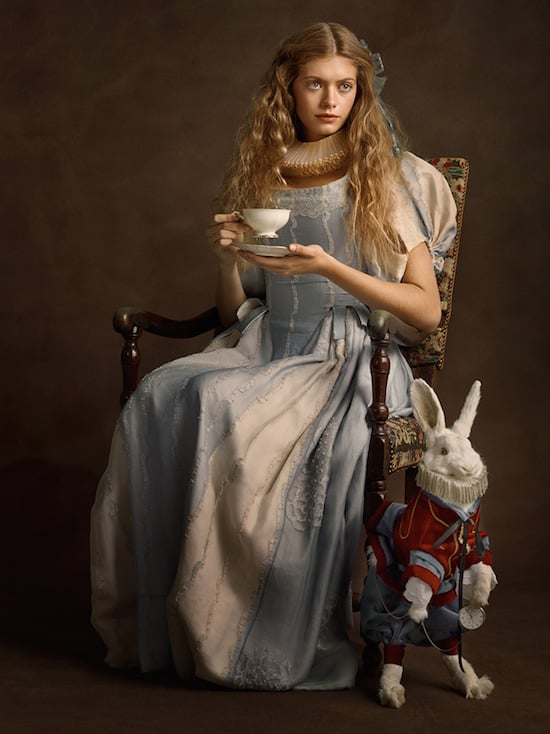 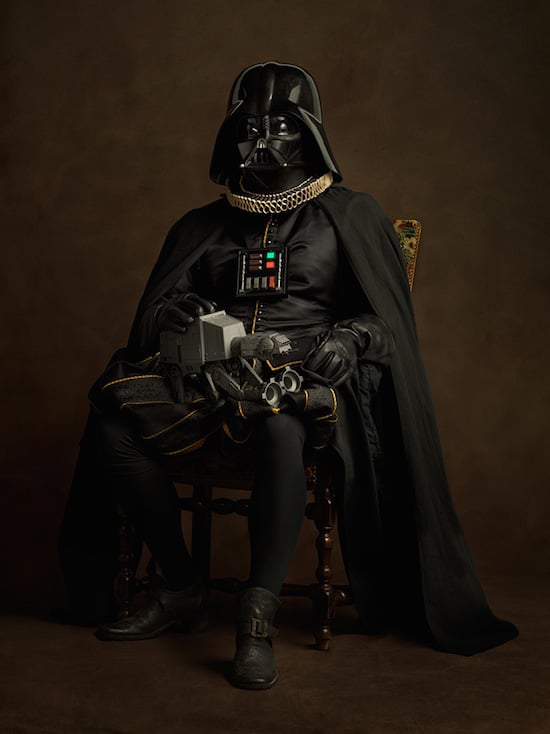 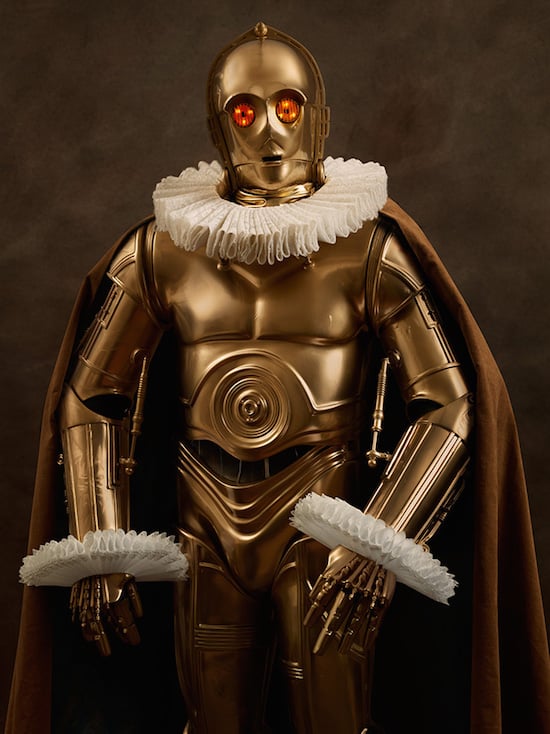 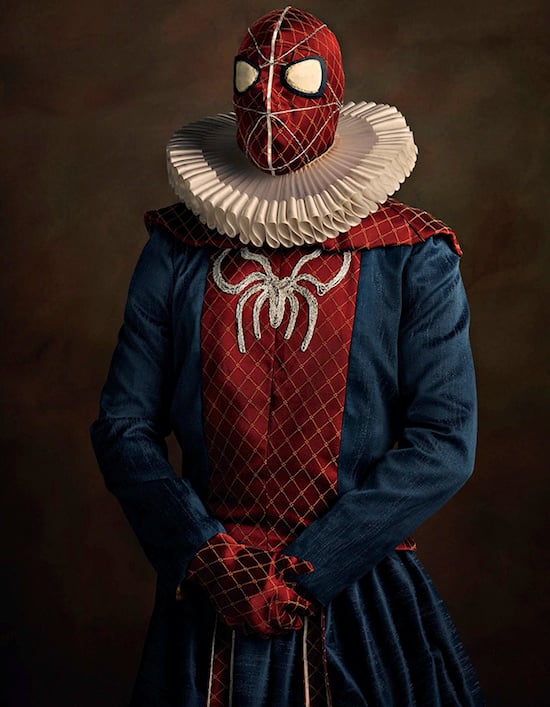 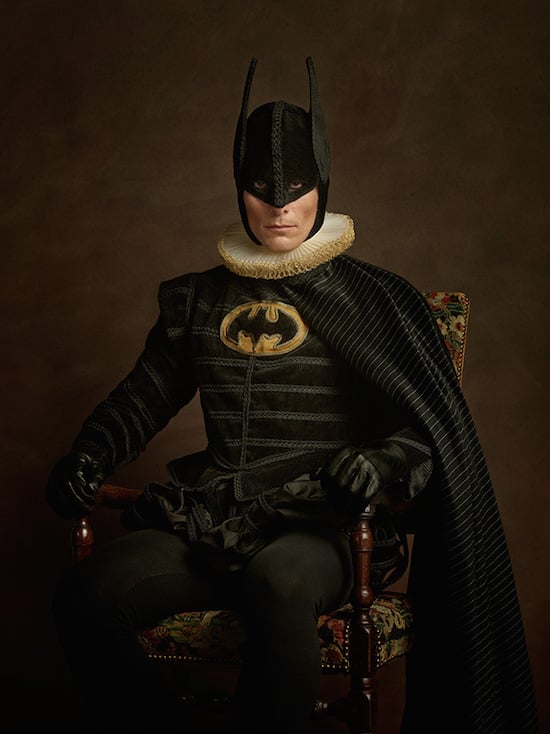 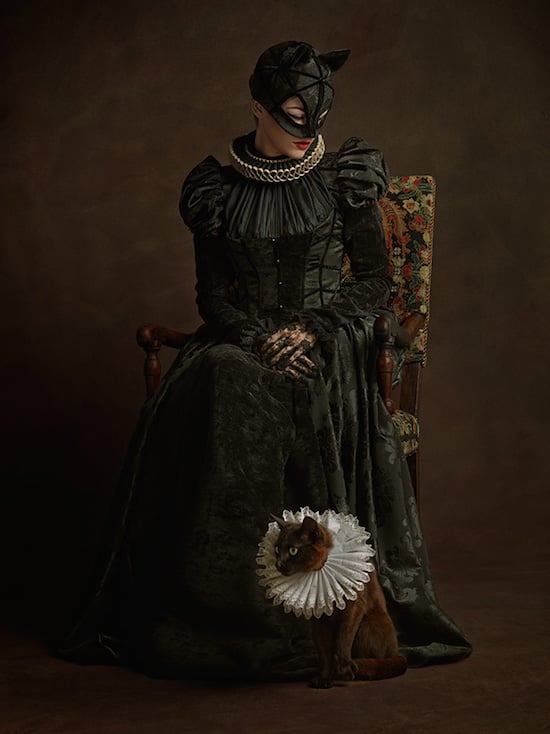 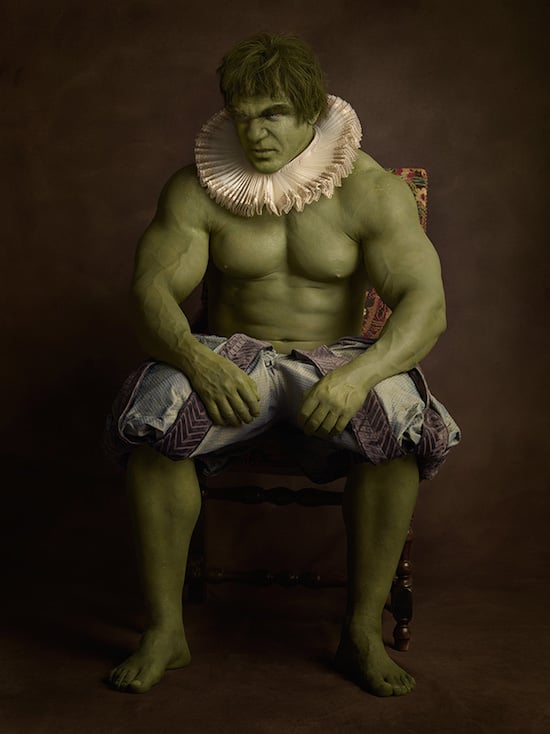 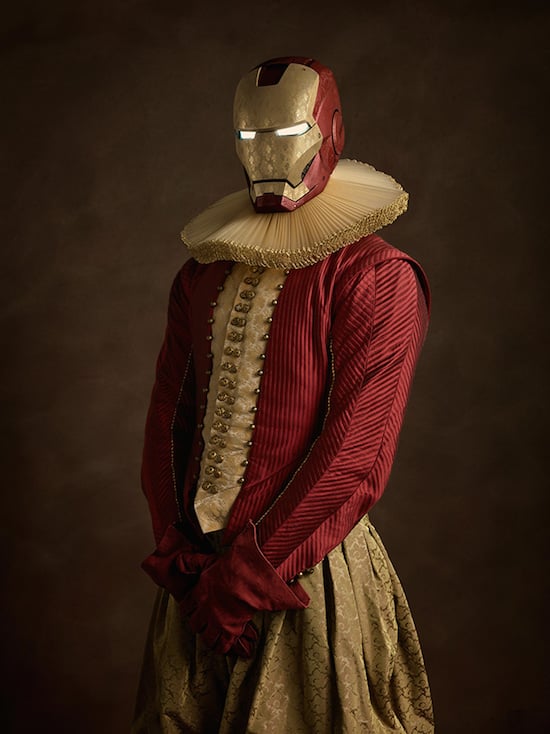 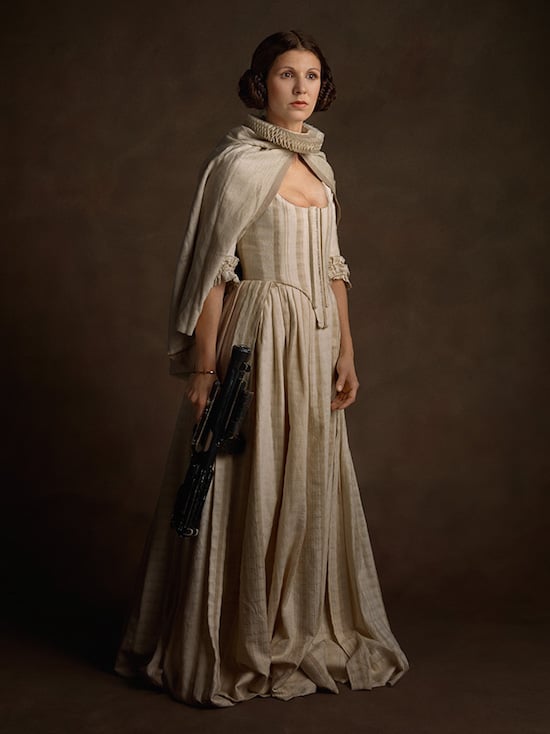 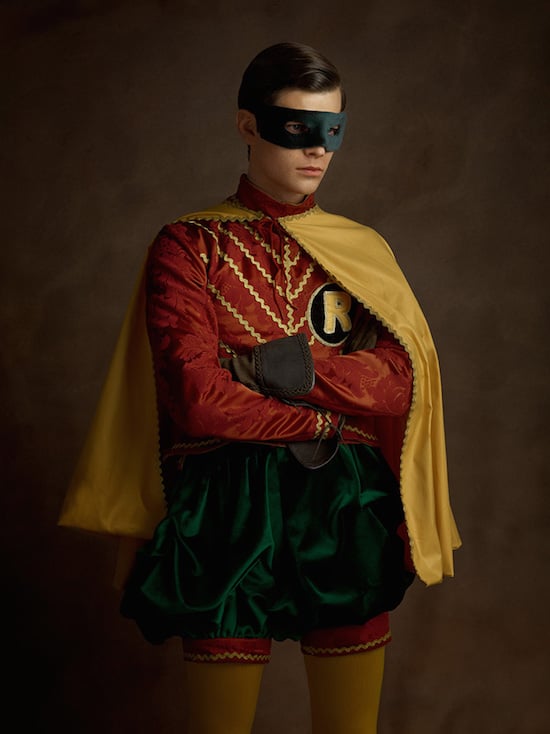 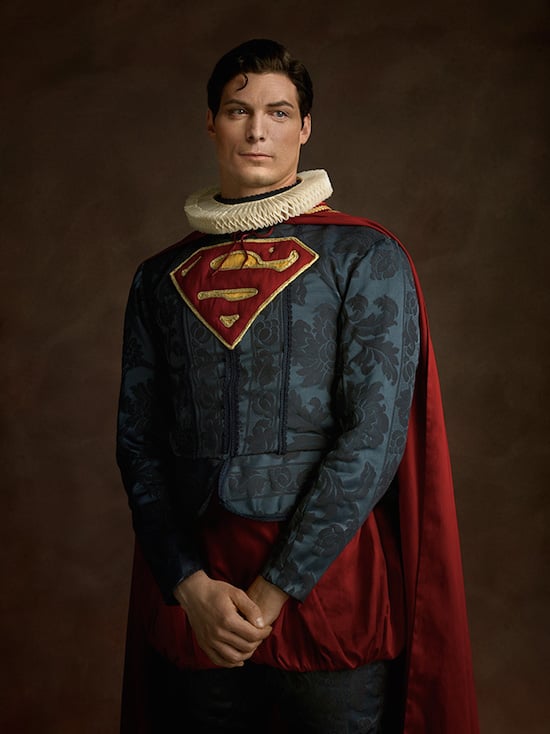 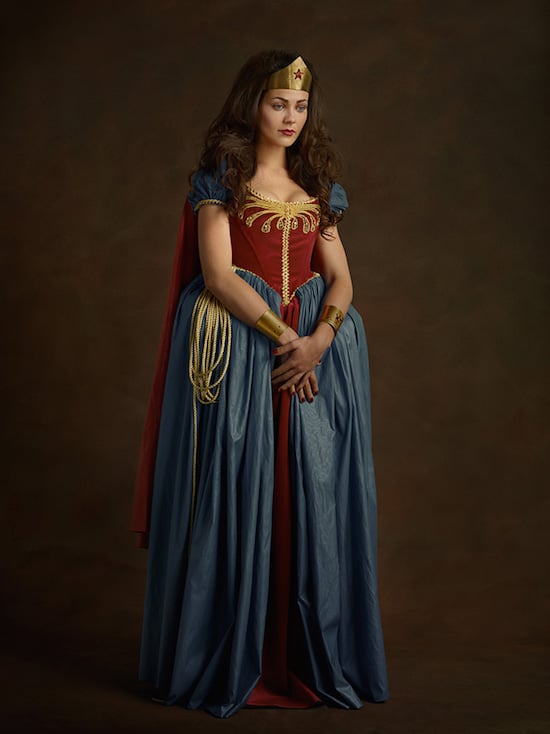 Here’s how Goldberger describes the series in his artist statement:

The collection demonstrates the use of 17 century techniques counterpointing light and shadow to illustrate nobility and fragility of the super powerful of all times. It also invites you to celebrate the heroes of your childhood. These characters have become icons to reveal their humanity: tired of having to save the world without respite, promised to a destiny of endless immortality, forever trapped in their character.

The superheroes often live their lives cloaked in anonymity. These portraits give them a chance to “fix” their narcissism denied. By the temporal disturbance they produce, these images allow us to discover, under the patina of time, an unexpected melancholy of those who are to be invincible.

To see more of the series — which has exploded onto the Internet since it was exhibited at Paris’ Grand Palais this last weekend — head over to Goldberger’s website or Facebook page. And while you’re there, don’t forget to check out the behind the scenes ‘making of’ photos from Super Flemish.

What’s the Fastest Lens Theoretically Possible? And What Would it Look Like?

Video: This Cab Ride Through NYC at Night is Made from 3,454 Individual Oil Paintings