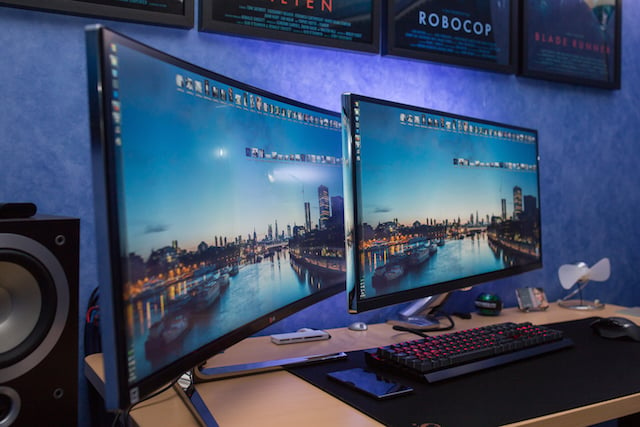 Back in June I posted about how the then newly released LG 34UM95-P had changed my editing workflow going from dual screens when editing to a single ultra wide one. Today I’d like to follow up on that experience with a new one with the curved version of the LG monitor, the 34UC97-S.

Just as with the 34UM95, the 34UC97 is a 34” ultra wide LED backlit IPS LCD monitor with the same native resolution of 3440×1440 at 60Hz. On paper you would be forgiven for thinking they’re twins and, indeed, on all but a few counts they are. The major difference is that the 34UC97 is curved and comes with a different stand design, which I’ll talk about in a moment. 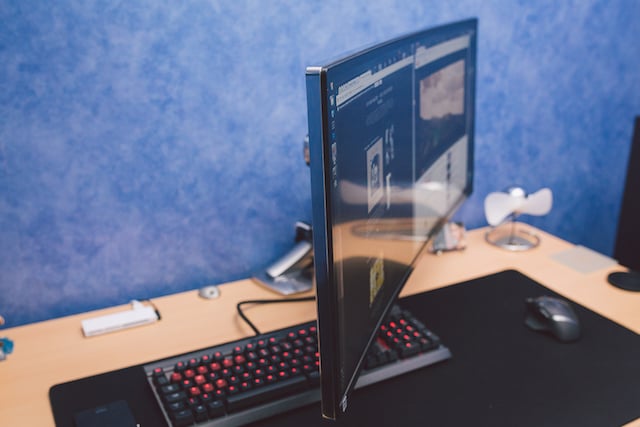 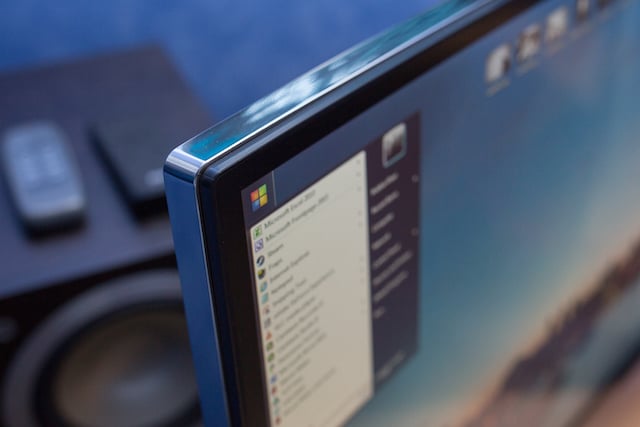 My immediate observation when looking up the monitor online was that there was no mention of VESA mounting abilities. In a photo editing environment I find it’s important for me to be able to freely move the screen around and get comfortable, especially during long sessions. A VESA mounting arm allows this freedom whereas a basic stand does not.

The 34UC97 comes with a very basic stand with only pivot functionality. It comes in 2 pieces and is assembled by means of 2 screws at each end. It’s a heavy stand and made of metal, but the movement limitation is very real just as it was on the 34UM95.

While the new curved display does not have built in VESA mounting holes LG do have a free VESA bracket that simply screws on to the stand mounting area. Owners who plan to mount one of these monitors on an arm can contact their nearest LG service centre for the bracket. As far as I have been informed, this bracket is not included in retail boxes. 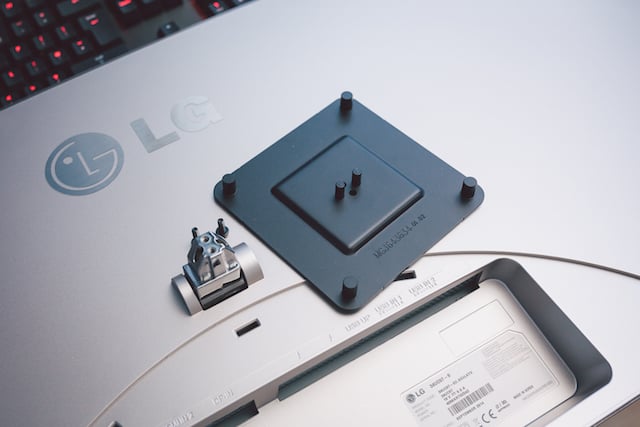 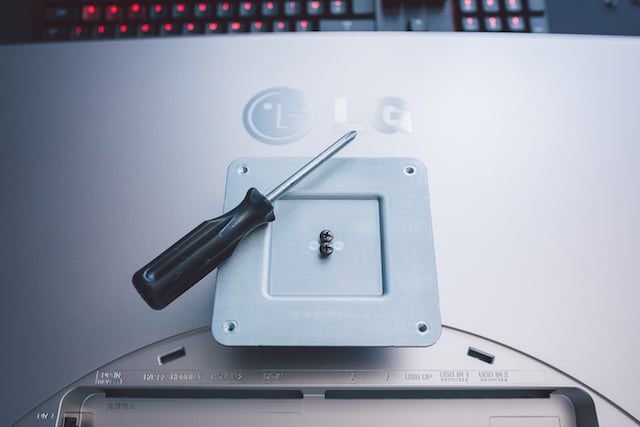 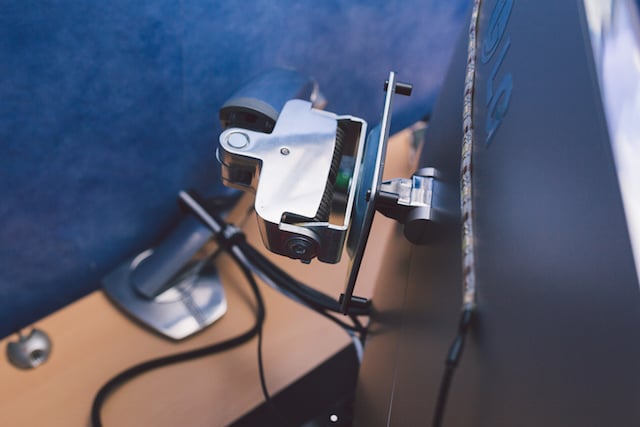 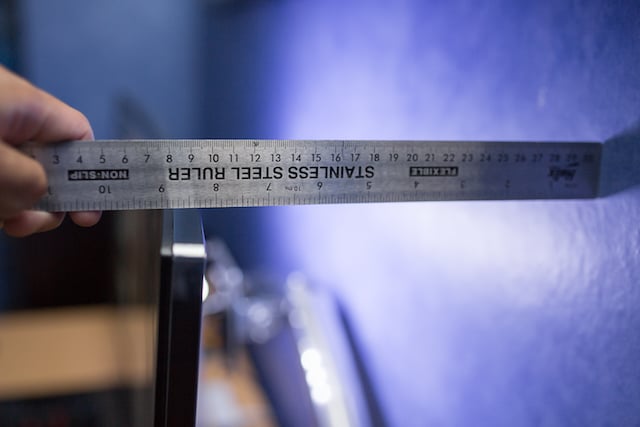 Another difference I noticed was that the lower bezel strip is no longer glossy but instead now all finished in matte black. On the 34UM95 I found the glossy strip to be a distraction and would often reflect light from sources behind my desk. I custom matte finished the strip on the 34UM95 to remedy this problem so it’s nice to see LG took care of that at the factory for the 34UC97.

The rear of the monitor sees some changes too. All connection ports face downwards like on most monitors whereas the 34UM95 faced the wall behind which I found to be more convenient and easier to connect and detach cables from. On top of this the 34UC97’s ports are covered by a plastic panel which once clipped on hides the entire connection port area, USB ports included.

An oversight in this cover is that you must remove the panel in order to connect USB devices. You could of course just not use this cover as its only purpose is to make the back look cleaner. 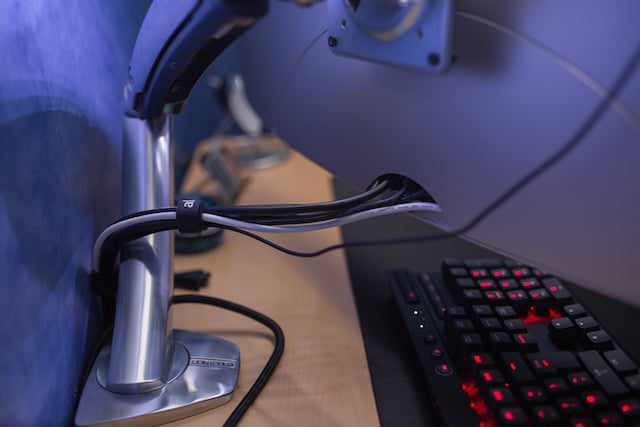 In terms of panel quality and features the 34UC97 does not have a hardware LUT like the 34UM95 has an in its place within the OSD we have a new Maxx Audio submenu that controls the built in stereo speakers bass, treble and surround sound effects. I found this an interesting observation because while LG’s product page for this does show editing capabilities of the 34UC97 the obvious target direction does appear to be toward media playback.

It’s pretty clear that the exclusion of the LUT and inclusion of higher end speakers that the curved monitor is targeting a wider audience with perhaps more focus put on movies and games as opposed to photo and video editing. 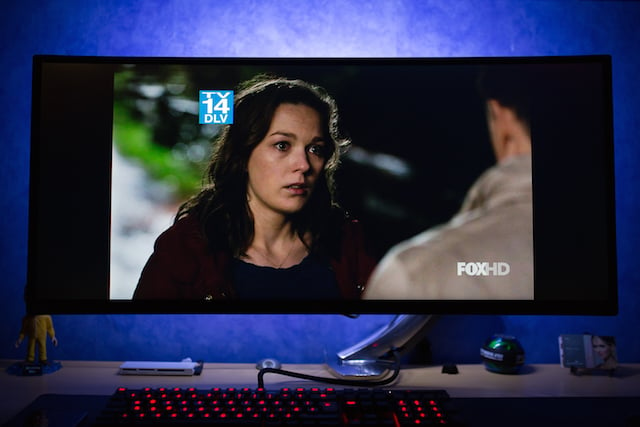 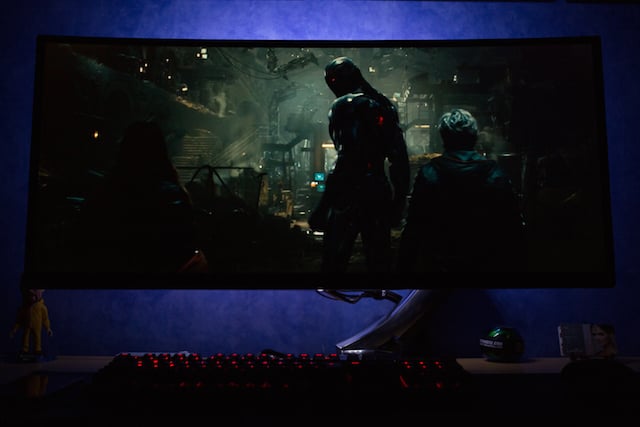 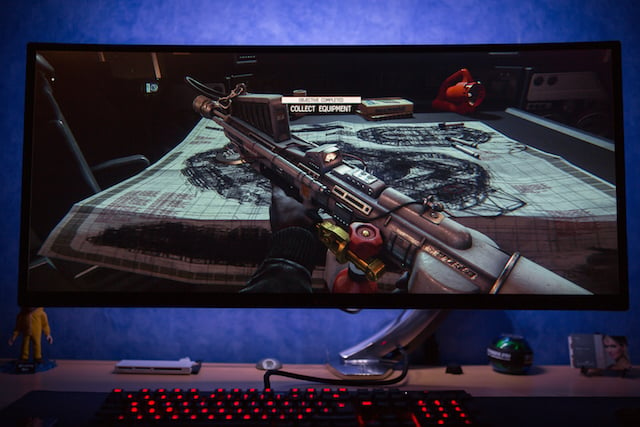 Speaking of photo editing, I found the picture quality and performance of the 34UC97 to be nearly as good as the 34UM95.

The lack of an on-board LUT meant I had to resort to software calibration changes via the graphics card instead but the results were still excellent and the 34UC97 actually pulled a 979:1 contrast ratio whereas my 34UM95 managed 859:1 using the same brightness and contrast OSD values during calibration with an i1 Display Pro colorimeter. Immediate impression then is that the 34UC97 has some slight internal panel tweaks. 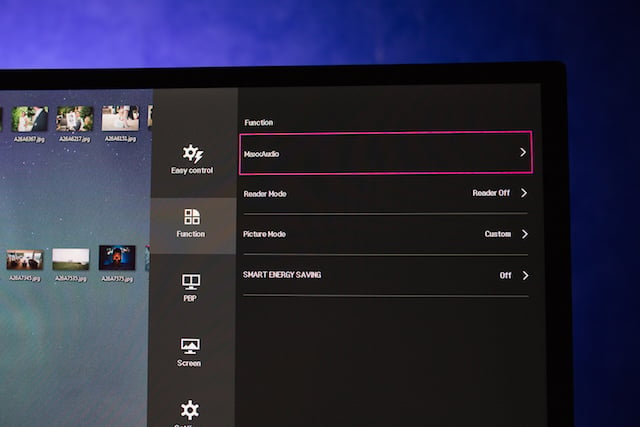 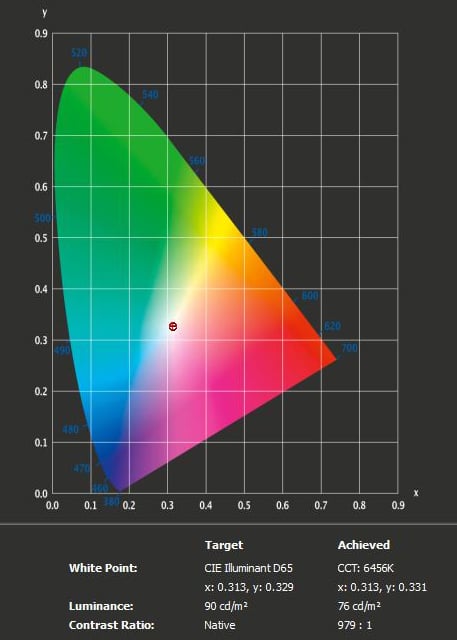 It is important for a monitor aimed at the photo and video editing market to have good control over backlight bleed because nothing is worse than editing a photo shot at night or a black and white photo only to have the picture fall foul of the backlight showing through on the corners and/or edges.

In this regard I found the 34UC97 to be very good for bleed. Below are two photographs showing the bleed of the 34UC97 compared to the 34UM95. The left corners are not as bleed free as the 34UM95 and the top left bleed does show up in certain movie or game content but on the whole I have certainly seen far worse IPS monitors. 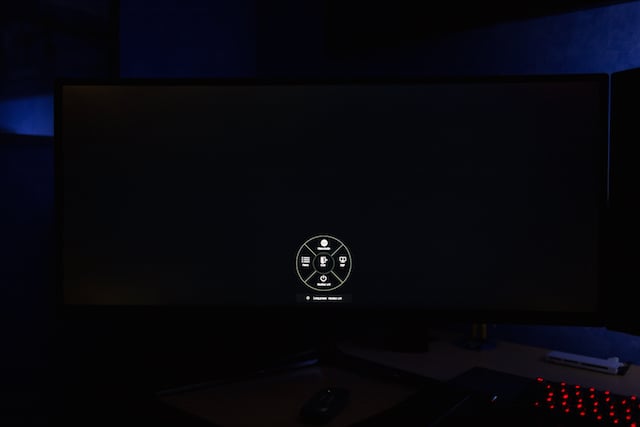 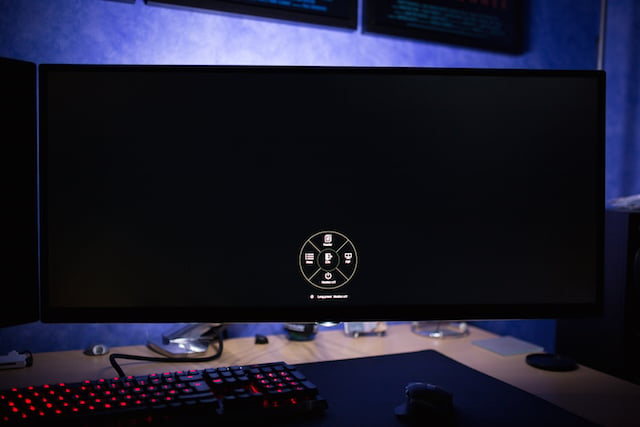 I’ve left the highlight feature of this monitor until last because I’d like to close with what I experienced when editing a session in Lightroom using it compared to observations when playing multimedia content.

During photo editing my own view is that I’m not an immediate fan. What I found was that the curve tends to mess with my mind and make me think certain photos I am working on are not straight, especially interior photos of buildings or landscape photos. I preferred editing on the non-curved 34UM95.

On the other hand movies and games gave further immersion due to the curve, the way the content seemed to wrap towards me at the ends felt cool. 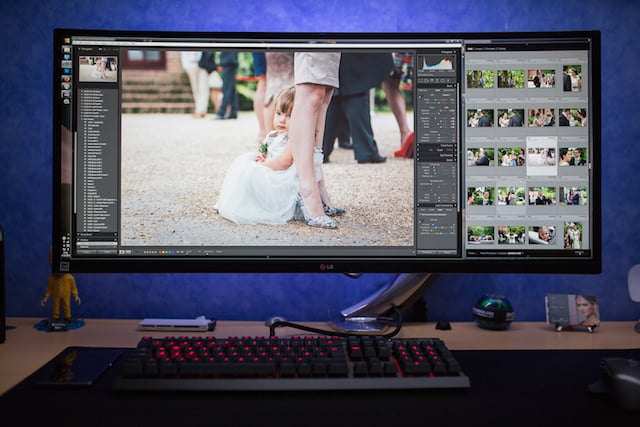 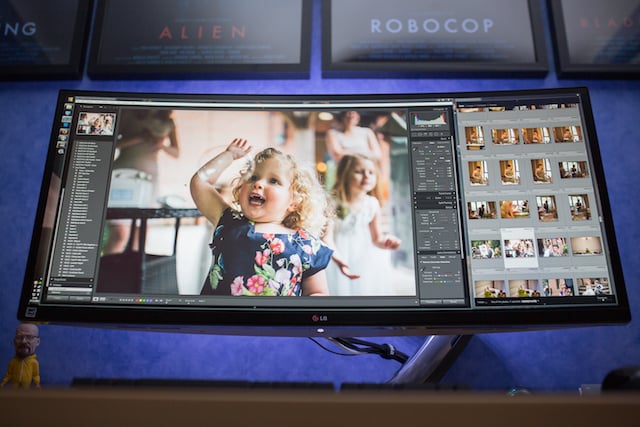 Some readers may well disagree with me and prefer curved for work and play and that’s perfectly fine as this is a user preference. Personally I’d pick the 34UM95 for work with a bit of play or 34UC97 for play with a bit of work. Just be sure to get the free VESA mount and pick up a quality arm to go with it!

About the author: Robbie Khan is a photographer, tea drinker, explorer. He specializes in wedding and portraiture, and has photographed from the -32 degree temperatures of the Arctic Circle to the beautiful architecture of Belgium and the heat of Pakistan and beyond. You can find his work on his website, Twitter, Facebook, 500px and Flickr.