Photographer and Nikon Ambassador Joe McNally has released a new video that offers a behind-the-scenes look at a recent shoot. The image is an imaginative fairytale scene that required some tricky lighting and careful attention to detail. 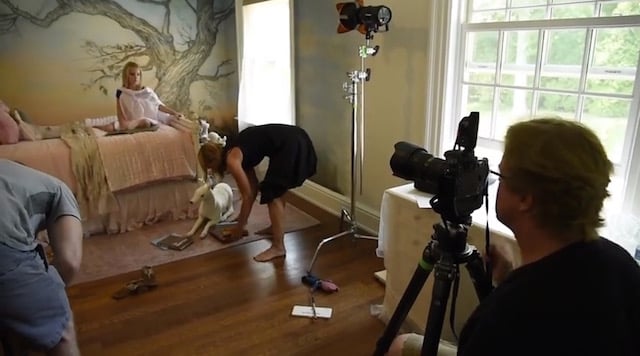 Perfectly timed to coincide with Halloween, this spooky photo shoot captures the scene in which a young girl’s fairytale book has turned into a haunting reality. The behind-the-scenes video shows the meticulous planning and thought that went into every aspect of the shot, from painting the model to getting the light just right.

The video feels like a Nikon commercial at times — McNally is an ambassador, after all — but it’s a nice little behind the scenes look at one of the best in the business at work.

Update: Here’s a second behind the scenes video of a photo shoot in the forest: