For its H5D ad campaign, Hasselblad approached underwater photographer Henrik Sorensen, knowing that he would put together something worthwhile. What he came up with is a “twisted take” on Denmark as a fairytale country that he’s calling “Not Just a Fairytale,” and the above video takes us behind the scenes at the underwater shoot.

In reality, the shoot began at Ledreborg palace, weeks before diving into the pool — that’s where Sorensen photographed his 18th century fairytale background. And in an atypical move for todays Photoshop-driven age, he actually printed out and brought the backdrop with him to the underwater shoot.

From there, you get to see one of the best and best-known underwater crews light, frame and capture several stunning photos, including the one below: 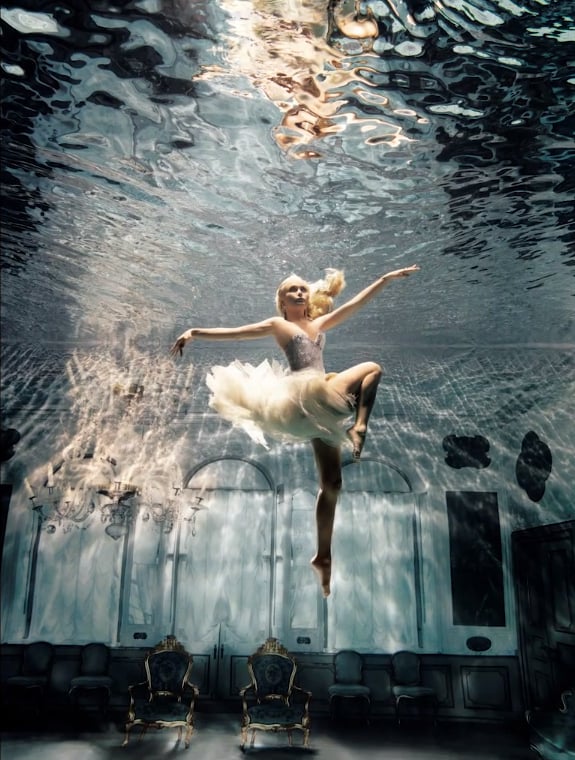 A lot of talent went into capturing this shot, from the photographer, to the top-notch underwater model, to the costume designers. And together, they created yet another stunning example of a shoot that mixes two separate photographic genres.

A few weeks ago we shared the viral whale shark shoot that was part conservation, part fashion. Sorensen’s work for Hasselblad is yet another mix, half fashion and half fine art, both equally well executed.