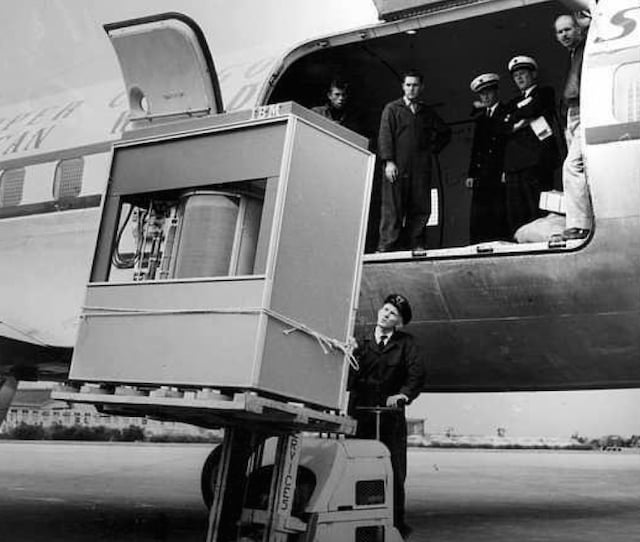 Here’s both a neat picture and a mind-blowing fact for you. What you see above is the IBM Model 350 Disk File from 1956. It weighed over a ton, contained fifty 24-inch disks, and was leased to companies for $3,200 per month. It could hold… 3.75 Megabytes.

That means that it would take 21 of these puppies to hold the largest 14-bit RAW file the Nikon D800 spits out.

The photo, which you can see in full below, was taken by David Bennet for IBM. When we got in touch to get permission after finding it on the History in Pics Twitter (turns out you can source their images fairly easily… who knew) he corrected a factual inaccuracy that’s almost as common as the image itself: this is not a 5MB hard drive. 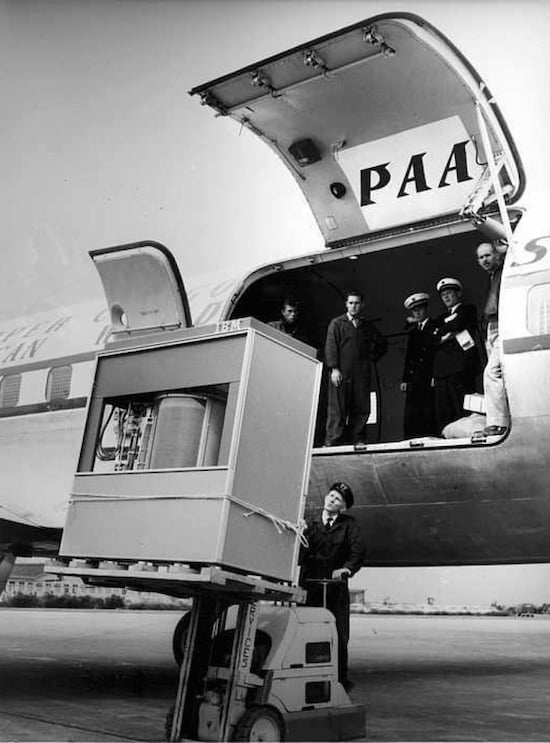 The term byte, meaning an 8-bit character, wasn’t even invented until 1964 with the intro of the IBM 360. According to Bennet and IBM, each 350 could indeed hold 5 million characters, but each character was 6-bits.

That means that the hard drive above — the one being lifted into a freaking plane using a freaking forklift — could only hold 3.75MB by today’s standards. And you thought your old 500MB MyBook was clunky…

Image credits: Photograph by Dave Bennet/IBM and used with permission

Portraits from The 2014 World Beard and Mustache Championships

Oppo Slaps a Motorized Selfie Camera on Its Latest Smartphone