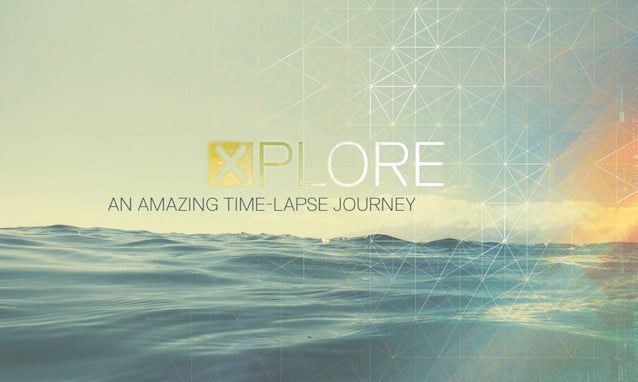 Fifteen of the world’s most talented time-lapse artists are currently collaborating to try and shed some light on Earth’s most fragile and at-risk environments. The group is called CodeX, and the feature they hope to create together is going to be called X-plore.

X-plore is, in the words of its creators, “the most ambitious, first-of-its-kind time-lapse adventure you’ll ever see packed into a 90-minute feature film that will change the way you view cinema and the world.”

With thousands of places on Earth listed as ‘critically endangered,’ the CodeX group wants to help avoid a future where some of the most magical and mysterious places on this blue marble of ours don’t survive the decade.

This is why this award-winning group of talented time-lapse photographers — many of whom have been featured on PetaPixel before — have decided to embark on such a challenging quest.

CodeX believes that their skill behind the camera could help preserve and bring attention to at least a few of the locations that are listed as critical. They also believe the time-lapse genre is the best suited for shedding light on the kinds of massive environmental shifts that are not visible in real time.

The environment won’t be the only focus of X-plore though. The time-lapse photographers themselves will be subjects of the film as well, with extra teams documenting the ambitious endeavor as the artists trek around the world to capture the film’s time-lapse shots.

As for where they’ll be traveling to, CodeX’s lips are sealed. The purpose of the secrecy, they say, is that they don’t want to build an entourage of sorts, but it’s also being kept under wraps for the sake of keeping it a surprise for the end-viewers.

CodeX has decided to use crowdfunding to get this project off the ground, as a way to better control the outcome and ensure they’re working directly with us, the audience. And they specifically chose IndieGoGo, since the crowdfunding platform offers a ‘Flexible Funding’ option that allows them to make the most of the money they do raise, even if the campaign doesn’t hit its ultimate goal.

The pledges and rewards are as varying as the environments being documented. A $25 pledge will secure you a hi-res download of the final X-plore film, while a $500 pledge will snag you an archival print signed by the time-lapse photographer who captured it.

To find out more, see what else is available to pledgers, or help support this ambitious project, head on over to the IndieGoGo campaign by clicking here.

My Journey in Photographing Iceland’s Volcano Eruption Over 10 Weeks