Photographer Michael Shainblum has been mirroring images and video for about five years now. So when he decided to explore the world of time-lapse, that naturally meant exploring it in Kaleidoscopic fashion. The result was the psychedelic cityscape time-lapse Mirror City.

Given the amount of post-processing required to create something like this, Mirror City took a long time to make. Speaking with planet5D about the process, Shainblum explained that the time-lapse took him some 4-5 months to take from concept and completion.

His goal was to “showcase something unique and artistic, which takes time-lapse photography into a more abstract direction,” says Shainblum in the video description. “I wanted to emulate these urban landscapes in a way that nobody has even seen before.” 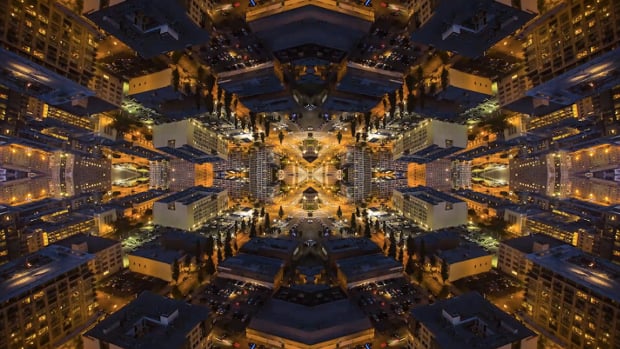 The final time-lapse consists of footage shot in San Diego, Los Angeles, Las Vegas, San Francisco and Chicago. Some of the shots are mirrored only 2 or 4 times. In the Q&A with planet5D Shainblum explains that his dolly shots often look better this way. When he wants to get really psychedelic, however, he’ll mirror a shot as many as 8 to 16 times.

Check out the time-lapse at the top to see the kaleidoscopic madness for yourself, or learn more about Michael Shainblum and his work by visiting his website here.