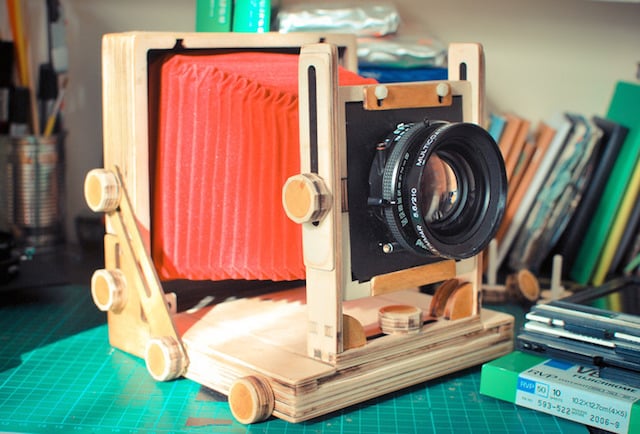 If you’ve been wanting to get into the large format game, but the financial investment was just too rich for your blood, the Intrepid 4×5 camera might be exactly what you’re looking for.

Created by The Intrepid Camera Company, the Intrepid 4×5 camera was born out of a love of large format photography and the desire to create the perfect large format camera. The team wanted it to be affordable, without making any major sacrifices in weight and quality, so for over a year they whittled away at the design little by little until they ended up with the beast you see below: 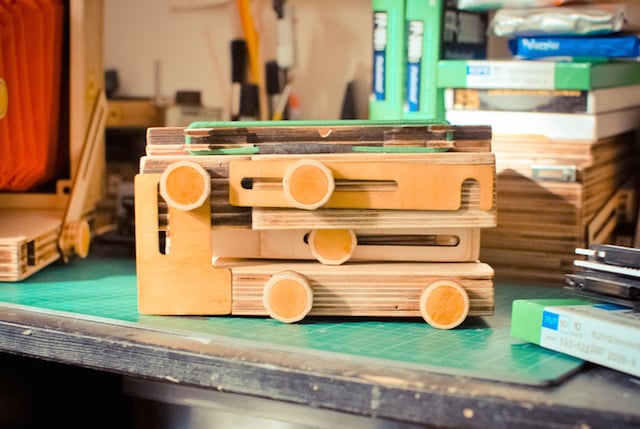 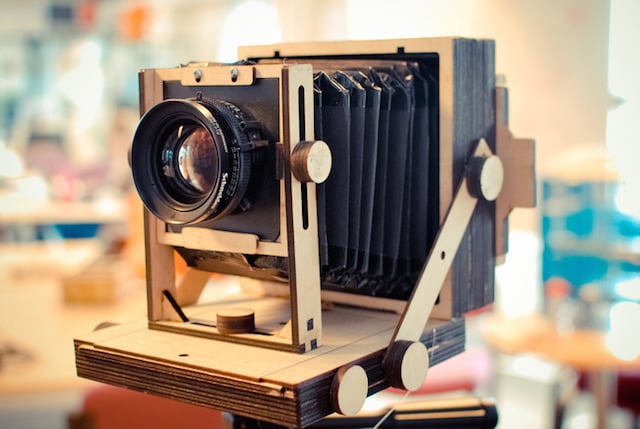 The prototype Intrepid 4×5 camera is designed to be easily folded up for compact storage. Made of birch plywood and milled using a CNC router, the camera weighs a mere 2.6lbs and features aluminum supports and hinges to keep it sturdy-but-light.

It’s designed to be used with 75–300mm lenses in Linhof/Technika style lens boards and is compatible with standard and instant film holders, and if funding is reached, the team says they’ll start work on a Graflok back for the camera.

The team did their best to keep the price down, but even with the camera costing only $240, your overall price will be much higher once you take into account the fact you’ll need to purchase your own lens. But even with the lens factored in, the price is still going to be much nicer to your wallet than other large format options.

So far, Intrepid has secured just under a third of its £27,000 ($43,650 USD) goal, but with 29 days to go, success looks promising. If you’d like to more about the camera or secure a final production model for yourself, head on over to the Intrepid Kickstarter page and have at it.

One Light Tutorial: How Small Adjustments to Light Position Drastically Affects Your Portraits

This is What Happens When a Football Player Lands on a $10,499 Canon Lens