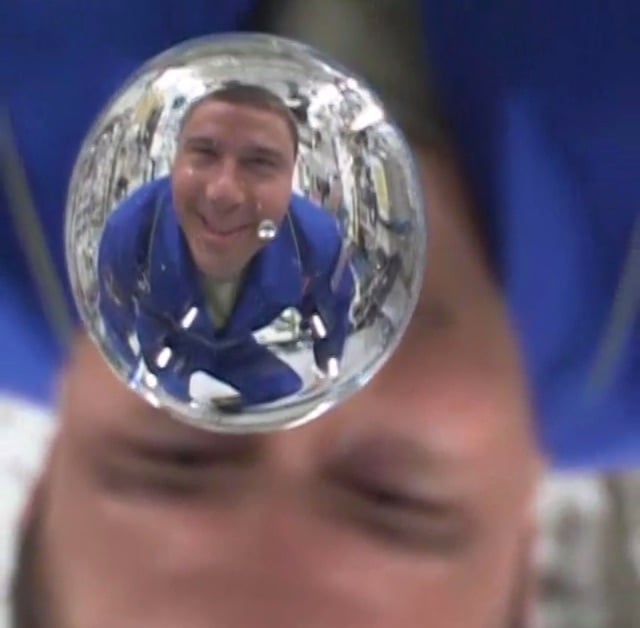 If we asked you to name the ultimate fisheye lens, the comments would probably fill up with many gear suggestions. Some, like this rare Nikon 6mm lens that pops up for sale occasionally, would probably be named more than once, but there’s one suggestion you probably wouldn’t make: a floating sphere of water.

That, however, is ISS astronaut Reid Wiseman‘s entry for the Ultimate Fisheye Lens.

The vine videos below, uploaded about a week ago when Wiseman had some time to play around with the concept, show why:

Wiseman’s been having a lot of fun on Vine since he uploaded the very first Vine from space a few months ago. To keep up with his 6 second videos from the International Space Station, click here.

Buy a One-of-a-Kind Transparent Rolleiflex Prototype Camera for $6,000 Over on eBay