Tyler Shields is back at it again, destroying expensive stuff for shock value… we mean art… actually we’re not certain what we mean. In the past, he fed a $100k Hermes handbag to an alligator. This time he’s photographing the explosive destruction a Rolls Royce Silver Shadow.

The four-minute short, which depicts a young couple dousing the car with gas before setting it ablaze for an inevitable explosion, was shot using RED Dragon cameras alongside a number of other DSLRs and medium format cameras.

Here are some of the resulting shots, frame-by-frame: 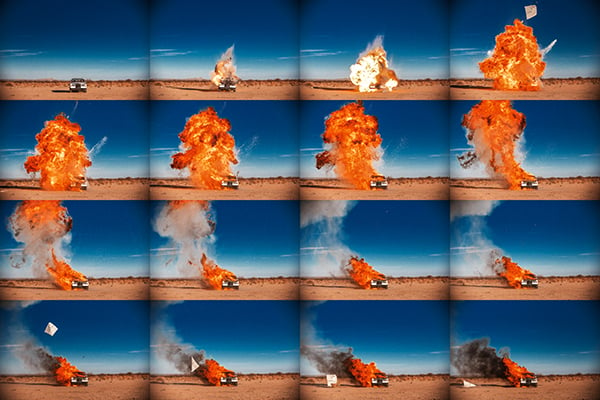 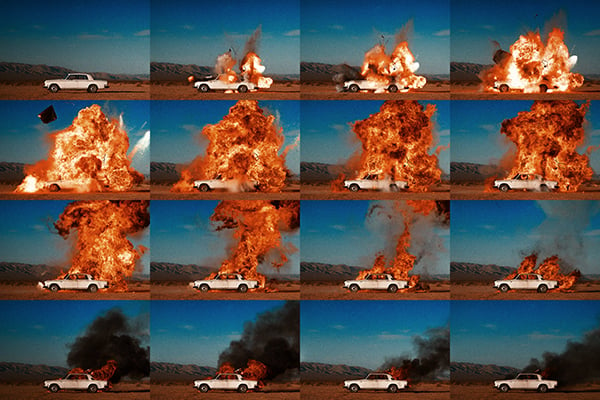 As you would expect, there’s almost nothing left of the interior of the car after the explosion, most of it being burned up during the initial blast.

The video below shows a small bit of the behind-the-scenes process — from the safety precautions taken, to the reactions of the cameramen as the explosion went off. It offers some good insight into what it took to get these shots:

To see more of the final stills, head over to Shields’ blog by clicking here. The images he created while blowing up the vintage car will be on display starting October 18th at the Imitate Modern gallery in London.