It’s a safe bet the majority of people consider $100,000 a bit steep for a handbag, and if they were ever given one as a gift, they would probably go to extreme lengths to make sure it was never damaged (or… you know… sell it). But that’s not how photographer Tyler Shields treats his $100K gifts… he feeds them to an alligator in order to capture some unique photography.

Okay, so maybe that’s a generalization (we doubt he feeds ALL of the gifts he receives to a willing alligator) but that’s exactly what he did with a $100K, genuine Hermes bag, as you can see from the video above.

The great news is that it wasn’t a complete waste. We’d guess Shields doesn’t have much use for a purse in his day-to-day, and so he instead put it to the most logical use a photographer can put an object to when he already has all the gear he could possibly want: he got some interesting fashion shots out of it: 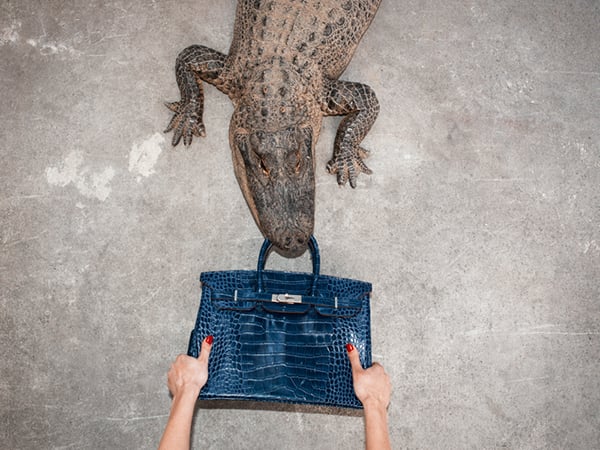 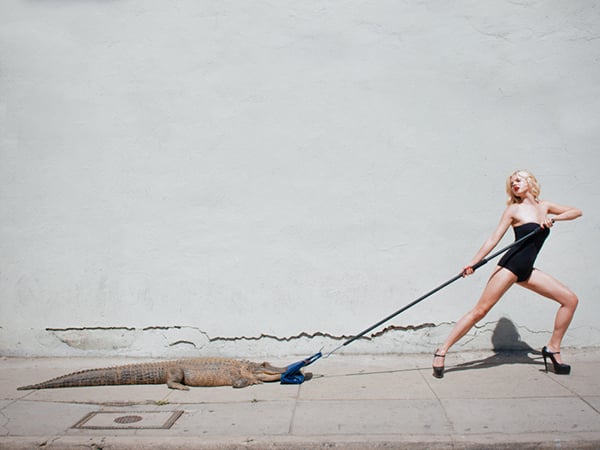 When we caught up with Shields to ask permission to share these images, we also asked him to confirm or deny the bag’s authenticity. PurseBlog, a blog that ‘outed’ Shields the last time he destroyed what they deemed to be a fake Hermes, believes it is “highly unlikely that the bag is real” for a number of reasons.

Believe who you will, but this is what Shields had to say when we spoke with him:

The bag was very real. It was given to me as a gift by Gina Ginsburg, who has over 40 of them. She gave it to me for my birthday, which is a little something no one knows. 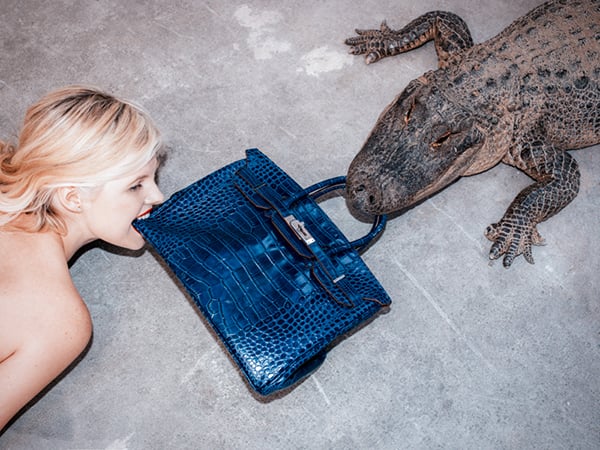 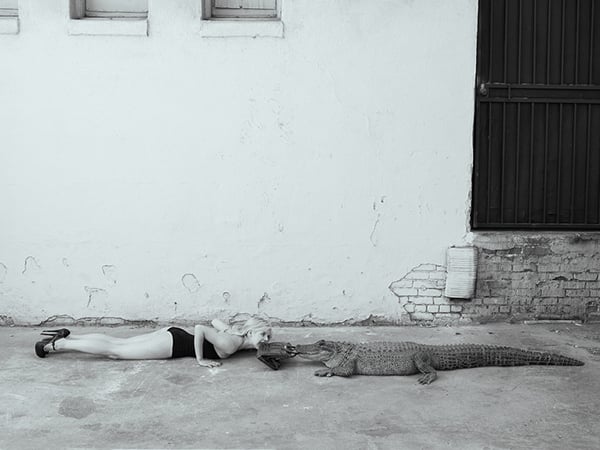 The photos of model Ana Mulvoy Ten fighting with the alligator over the bag are going to end up in a new art series Shields is working on called “Indulgence,” which also includes things like Prada popcorn.

To find out more about the photo shoot, head over to RE-TOX, the guys who shot the original video. And if you’d like to weigh in on the authenticity of the purse debate, well, this might be your only chance to talk about purses in our comment section… have at it.

Photo credits: Photographs by Tyler Shields and used with permission