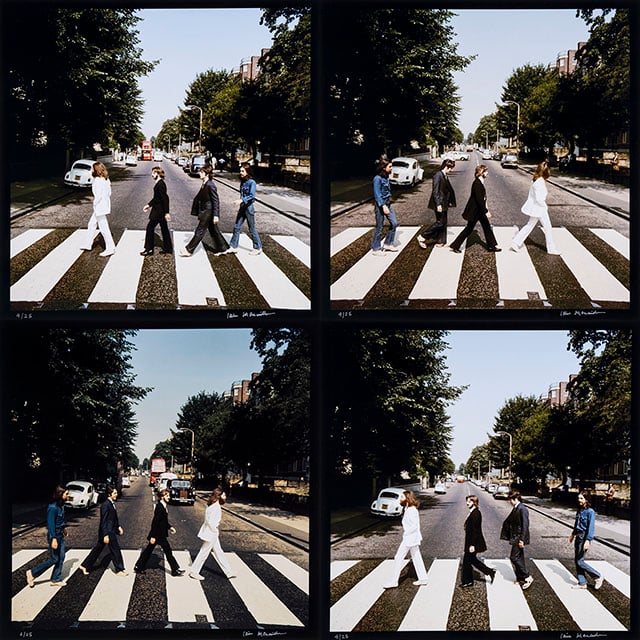 Six rare photographs of the Beatles from their Abbey Road album cover photo shoot are going up for auction, including the iconic shot that was chosen for the final cover.

The shots were captured on August 8th, 1969 by photographer Iain Macmillan, a friend of Lennon and Yoko Ono. Macmillan only had several minutes to shoot the frames using just a Hasselblad medium format camera — equipped with a 50mm lens at f/22 and 1/500s — and a stepladder. A policeman held up traffic while the photos were being made.

The shoot resulted in six frames. Three show John, Paul, Ringo and George walking left to right, and the other three show the band walking in the opposite direction.

This is said to be the first time a complete set of these six photographs is going up for auction. Although Macmillan made 25 sets of signed prints, these have generally all been passed around from collector to collector as individual photos rather than as a complete set.

Back in 2012, one of the “wrong way” photographs went up for auction and sold for a little over $25,000. Now, that same auction house (Bloomsbury Auctions) is offering this complete set.

In addition to the 6 photos that were shot for the cover, the street sign photo used for the back cover will also be going up for auction. The Guardian writes that Macmillan initially didn’t like the image, as it shows a girl in a blue dress that wandered into the frame: 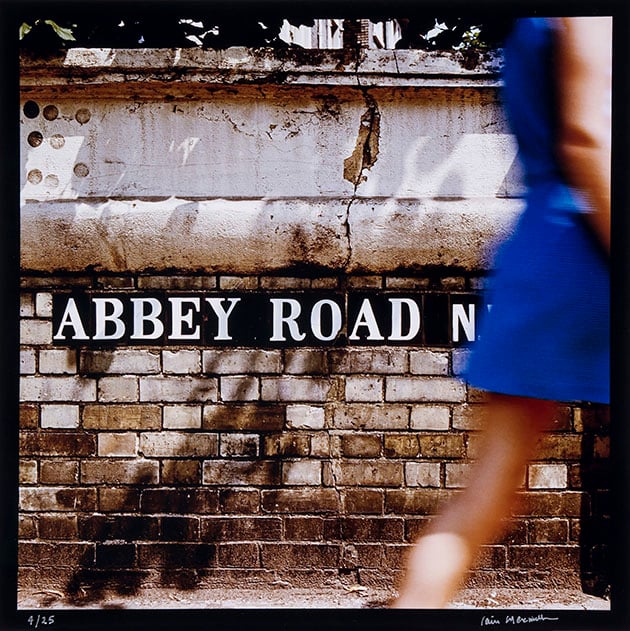 P.S. Did you know there’s a 24-hour webcam pointed at the crosswalk on Abbey Road?

Through the Ground Glass: An Ode to the Large Format Photographer