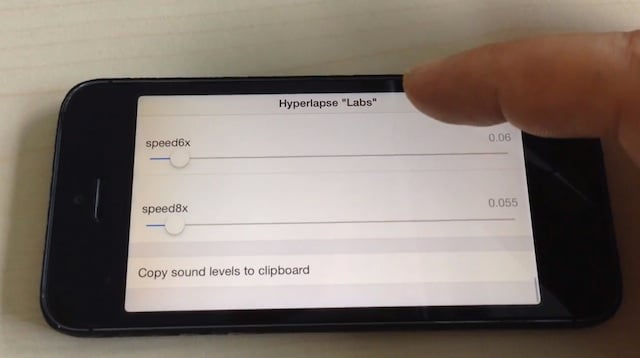 Instagram’s Hyperlapse app is a simple way to create smooth hyper lapse videos. But beyond its basic functionality is a hidden set of features that cranks up its capabilities. It may be secret, but it’s quite easy to get to.

The trick is demonstrated by Youtube user hoschdebacha in this video:

Despite the four minute video being in German, the idea behind opening up these secret settings is easy to see and understand: open up the app and tap four fingers on the screen four times.

Once you’ve done that, you will gain access to a “Labs” menu, which lets you change the resolution to 1080p, edit frame rates, change where the video is being saved to, turn on something called Hyperlapse EXTREME, and alter numerous other settings.

Go ahead and give it a try yourself and see what fun stuff you can come up with via the newfound settings menu.

Director Featured in Canon Ad Says He Used Sony, Tells Canon to Get ‘Its Facts Right’