Ever wonder what you’ll look like in 20 years time? Well, there’s not an app for that — at least not one we know of — but there is a website for it, and all it needs to answer this question for you is access to your webcam.

The site is called “Future Self” and it’s a campaign put together by the folks at European telecom company Orange as an interesting-if-super-creepy experiment that anybody can try. You just go to their website, answer a few questions about yourself, and let it take a picture of you with your webcam.

The site then analyzes that picture using facial recognition and puts it through an aging simulator to spit out a version of yourself that is 20 years older… and in my case British… so that was weird. I know he was British because, not only does this spit out a picture of your future self, it lets you talk to the guy or gal via webcam using Google speech recognition.

Here’s a quick video intro to the concept:

Keep in mind this isn’t some cheap parlor trick. Digital design and development agency Jam3 — the guys who built the site — called this one of the most difficult challenges they’ve ever taken on.

“The technology behind the site reaches a whole other level of difficulty and innovation,” Adrian Belina, Partner and Creative Director at Jam3, told Fast Company. “Creatively our biggest challenge was to move beyond the typical “face in the hole” (“Elf Yourself”)-type site where the end result is a flat photo that’s been ‘puppet-ed’ South Park style… we modeled a true-to-human face, head and shoulders that would work in WebGL, used a facial motion capture software (that is generally only used by video game studios) to record the life-like responses, scanned and analyzed someone’s face over webcam, and then went on to apply dynamic light and texture.”

The result, in my case, was the photograph below… a British gentleman I got to have a lovely talk about my future with: 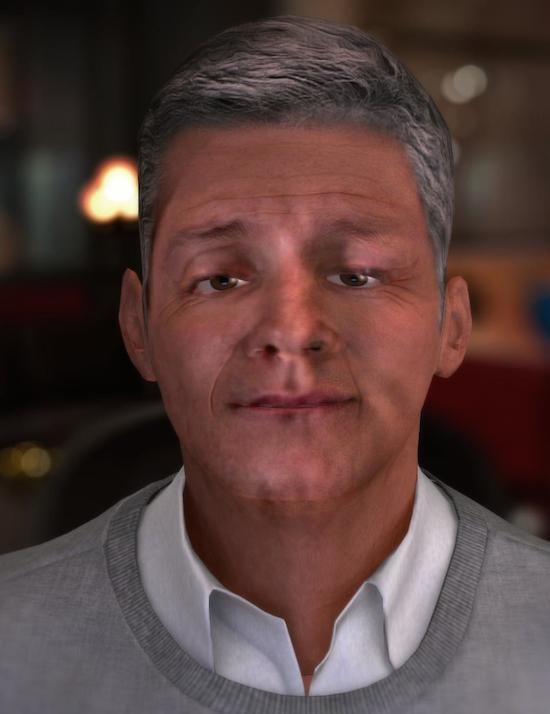 To give the simulator a shot and see what you’ll look like in 20 years, head over to Future Self by clicking here. And feel free to drop before and after pictures or feedback about the experience in the comments down below.

Blast from the Past: Kodak Ad from 2006 Said Kodak Would Take Over the Digital Revolution