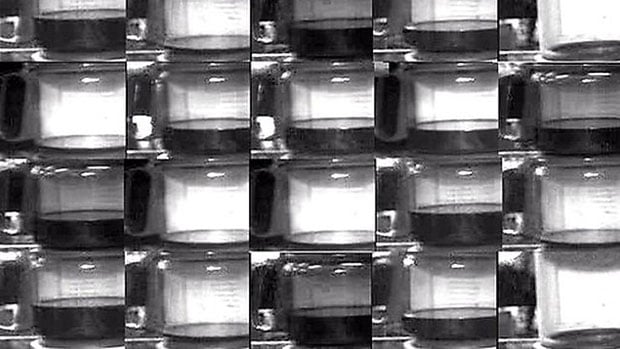 Necessity may be the mother of invention, but laziness is definitely its father. Case in point, here’s an interesting tidbit of imaging history: the first webcam ever was actually invented by lazy students at Cambridge University who didn’t want to waste a trip to the nearby coffee pot if it was going to be empty when they got there.

This coffee machine that was the inspiration for the world’s first webcam was located in a corridor just outside The Trojan Room in the old computer lab at Cambridge University. In 1991, too many trips to an empty coffee pot led Dr. Quentin Stafford-Fraser and Paul Jardetzky to invent the world’s first webcam to help late night studiers and programmers keep an eye on coffee levels.

Once switched on, the camera would display a 129×129 pixel grayscale picture of the coffee pot at 1 frame per second on the user’s desktop. Ironically, the “webcam” actually predates the “web” by a couple of years, but as soon as the World Wide Web went up, the service was connected to the internet.

The camera was actually switched off in August of 2001, and all that’s left if you try and pull the feed is a link to the last ever picture the webcam took. The coffee machine itself was auctioned off on eBay for over $5,000 to German magazine Der Spiegel, where it was refurbished and put back to work by Krups.

(via Wikipedia and BBC via Laughing Squid)