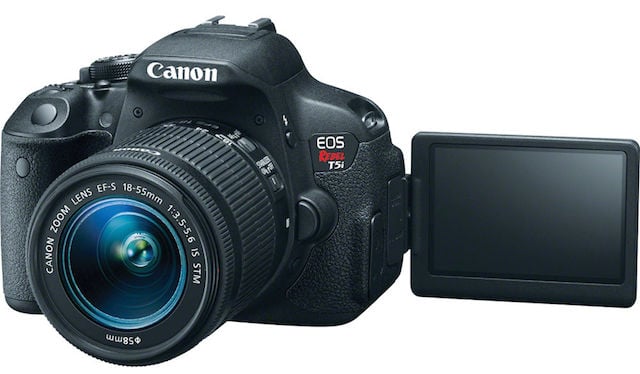 Rumors that are still half a year away from any possible official confirmation are to be taken with an extra-large salt lick, but this one about the next Canon Rebel is just too interesting to ignore.

According to Northlight Images, the followup to the 700D (aka. the Rebel T5i) is going to sport an electronic viewfinder, or EVF. The tipster also told NL that the camera would contain a version of the 70D dual-pixel sensor and boast the additional processing power of the Digic 6 processor.

Does this mean that Canon — who told DPReview at Photokina that mirrorless updates will arrive “in the very near future” — is going to transform the Rebel line into a line of mirrorless cameras? Your guess is as good as ours, but sometime between now and Q2 of 2015 when this camera will allegedly arrive, we should know something more concrete, so stay tuned.

Is Etsy the New Silk Road for Copyright Infringement?