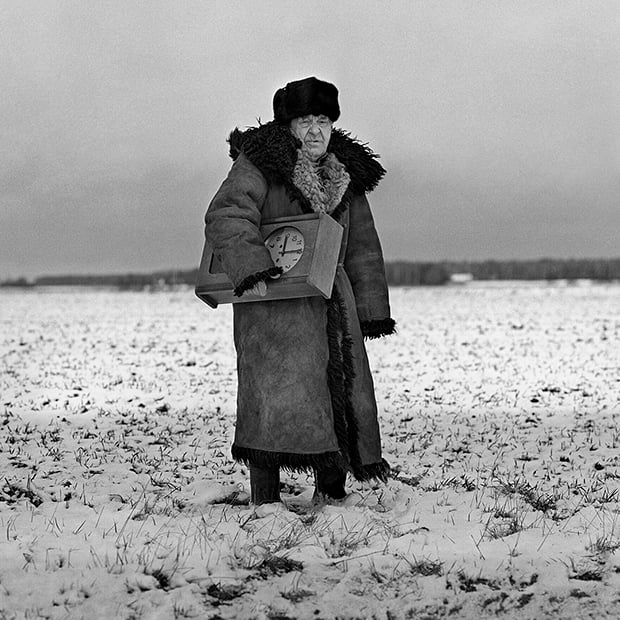 Adam Panczuk (1978) lives in Warsaw. In his work he travels to wherever he finds an interesting subject. He studied photography at the Multimedia Communication Department of Academy of Fine Arts in Poznan.

With his projects Panczuk seems to be asking questions, both directly and metaphorically, about identity, consciousness and attitude towards the lives of the people he meets along his way. Adam is a member of Sputnik Photos. 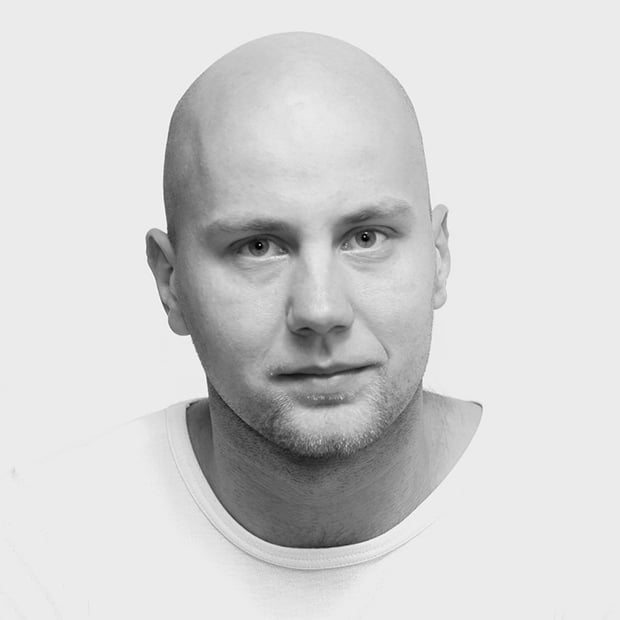 PetaPixel: First Adam, how and when did you first decide you wanted to purse a career as a photographer? What were your early experiences or lessons that you can share with us?

Adam Panczuk: It’s funny, when I was 12 years old my friend and I were both taking photos with one camera. He used to laugh at me saying that all the photographs that were composed in an askew way were mine.

When I was 14, together with my friends, we made a film about our pal’s great grandpa who patented the bicycle’s kickstand. One of our girlfriends did not want to believe it was him who designed it. So we went to our pal’s grandfather, who was the inventor’s son, and made a film about it.

This was my first experience with a documentary. But I started to think seriously about photography when I was 18. I already had plenty of pictures and ideas in my head. Photography seemed to me the most obvious means to show it. I signed up to a photography course and this was how I started to take photos.

When I took up photography the Internet was not as popular as it is today, and I looked at photographs in paper magazines. I would have a magazine open to one photo reportage series and analyze it for a week. What it told about were how the pictures were taken and why in such and such way, how the story was composed. Then I imagined that I was also in that place and wondered how I would take the photos in comparison with, for example, Cartier-Bresson.

When I went to India to take photos it was easier for me to assess a situation, what a given scene or situation may say in my story and how to photograph it. This was a great lesson. 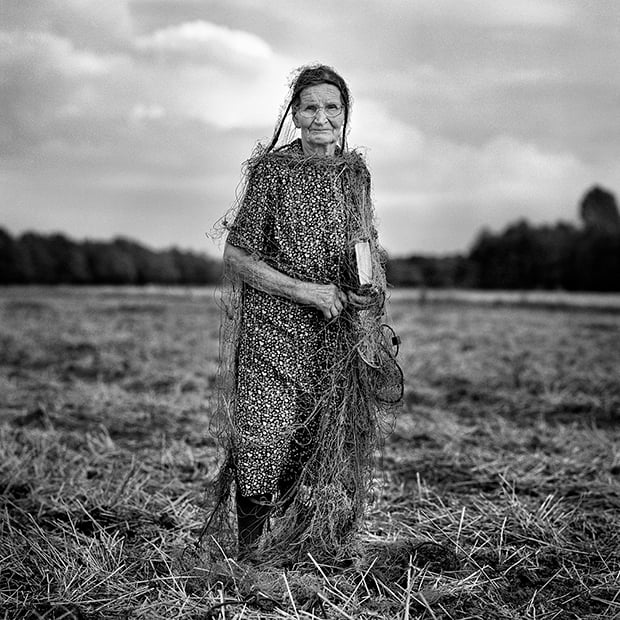 PP: Tell us about the origins of your project, Karczeby. Who are the Karczebs, how did you discover them, and what made you want to photograph them?

AP: I started the project in 2005, a year after Poland joined the European Union. I knew that Polish countryside would be changing, and that new regulations and the money farmers would get would change Poland’s villages forever. I decided to document the changes.

The countryside was changing dynamically and I was trying to follow it. But quite early I realized that I was much more interested in the relation between man and their land, I saw that he belongs to it and that his life depends on it and that after death he becomes a part of it. In the city it is not so visible as in the village.

After three years of photographing I reached a point when I realized that I am not able to show anything else by the means of documentary photography. It was then when I started to take portraits which are now in the book.

I did not know the word Karczeb before. After I took a few portraits I showed them to a director at a local rural amateur theater Kusznieruk, who lives in the village where I took the bulk of pictures. He dug out this word in his memory. His mother used it to describe the people strongly dedicated to their land. 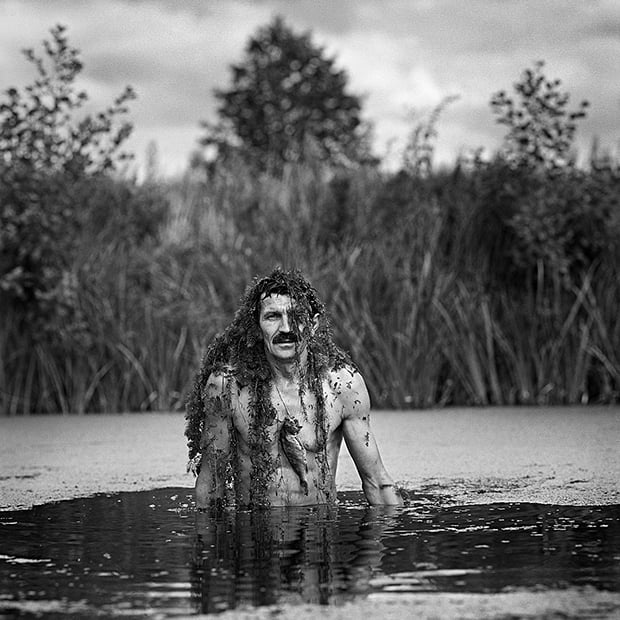 PP: How do you think this project relates to your other work? What, overall, do you think your mission is as a photographer? Is there a common story you’re looking to tell throughout all your projects?

AP: After I took the Karczeby portraits I was wondering whether it is possible to tell different stories by the means of portraits. Then I experimented and started to photograph in a similar way on Iceland and it was a story about Icelanders’ beliefs in elves or hidden people. I also did something similar in Studio Vistula, but now I think that this formula has tired out.

I feel a real need to photograph in a different manner. But this method of photography helped me to show something intangible, which was people’s mentality and their way of perception. These are very subtle emotions, which I managed to highlight thanks to this convention. I think that what was common in my previous projects was that they tell something metaphysical. 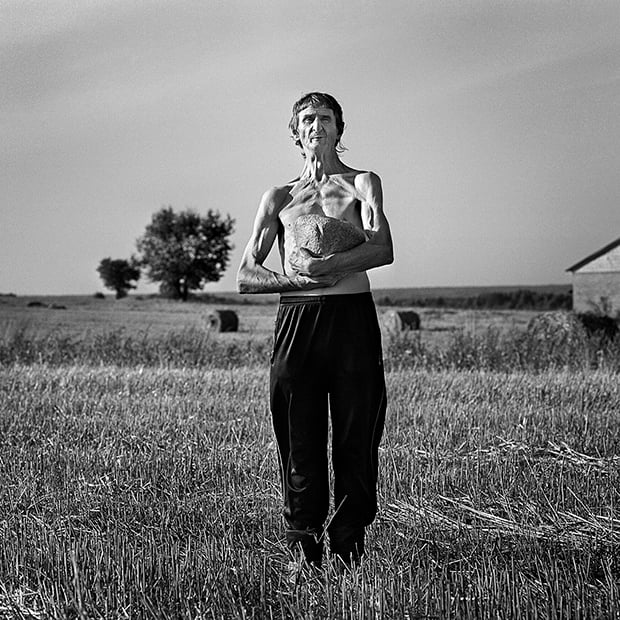 PP: What was the experience like in photographing them? Was it difficult to gain their trust?

AP: Before I took the portraits I was photographing life at the countryside everyday for three years. People got used to me, they saw me taking pictures and trusted me. When I came up with the idea of portraits, I just had to ask them to pose.

I think that it was the time that helped me. I also have the impression that when you know exactly what story you want to tell and when you are fully convinced to it, then people feel it and let you in. 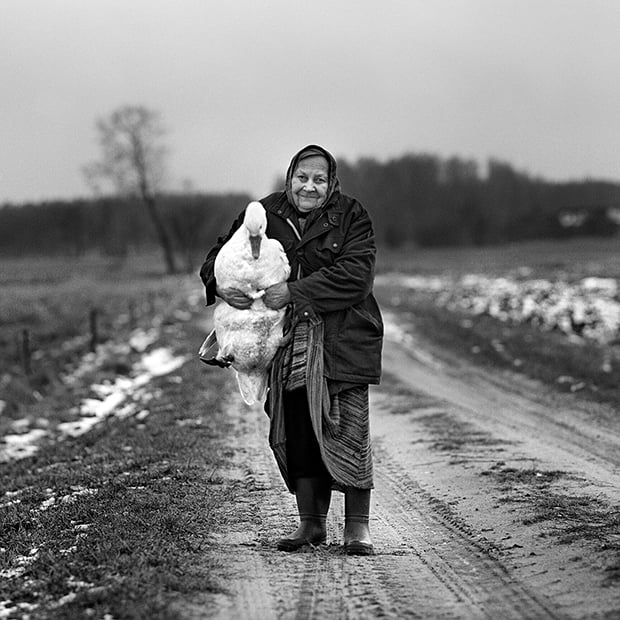 PP: And what moments and memories stick out in your mind from the time you spent with them?

AP: The first photo in Karczeby project was a portrait of Ignacy (the gentleman with a tree in his hand, standing in a pit). I made an appointment with him to take pictures. I came to the village where he lived and it took me a long time to find a place to dig the hole. I knew that he had a lot of work and realized that I would probably disturb him. I told him I would try to do it as quickly as possible and he said “Art requires time” and told me not to hurry.

This was something important because together we realized how time was significant. Then I recalled the old proverb “haste makes waste.” 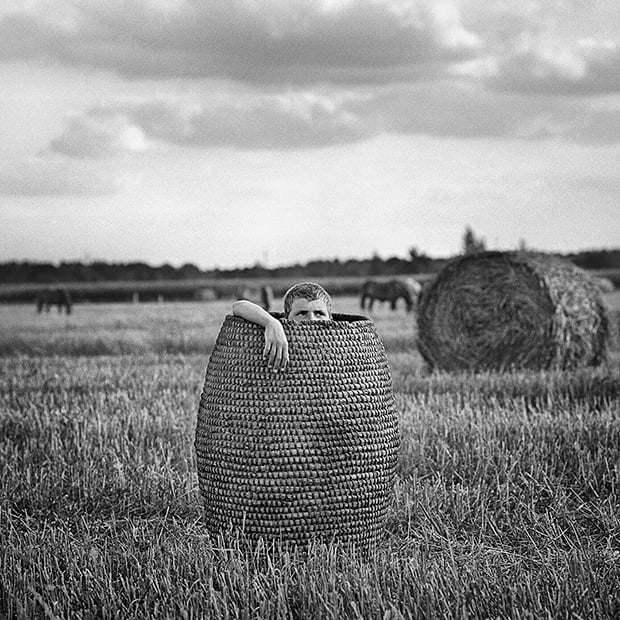 PP: You also made a book of this work, what can you tell us about it? Do you think the images function better together in a book format, as opposed to hanging on a wall or when viewed online?

AP: This is an interesting question. An exhibition is more spacial, it is as if you were wandering through the village and meeting these people. And the book you take home where you can immerse in the photographs. In addition, the book involves a text, which intermingles with the pictures and this is not to be found at the exhibition. The book is about what stays there, and the book was the aim when I started the photos. 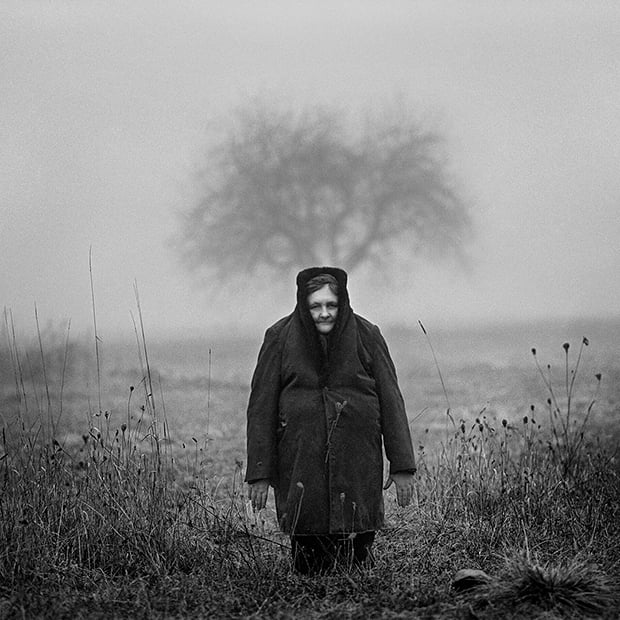 PP: Finally, talk about some of the photographers, mentors, or other influences that have helped to shape your photographic style?

AP: It has been changing with the years. At the beginning when I started to take pictures I was very much impressed by what was happening at Magnum.

In my mind I had this myth of a photographer, who visits distant places for many months (the longer the better for the pictures) and tells about the place and people. This was what I wanted to do, I really dreamt of working this way. I had in mind large format compositions, and this was the only thing I wanted to do.

I remember a situation when I was going back from the countryside where I took pictures and on my way I came across a small tornado. I was disappointed that no one was passing by and that I was not able to build a large format composition. The unusual phenomenon as such was not enough for me. At that time I was working on negatives and I only took a picture-note with my digital camera.

I also liked Trent Park’s work and the way he created magic scenes from everyday situations. 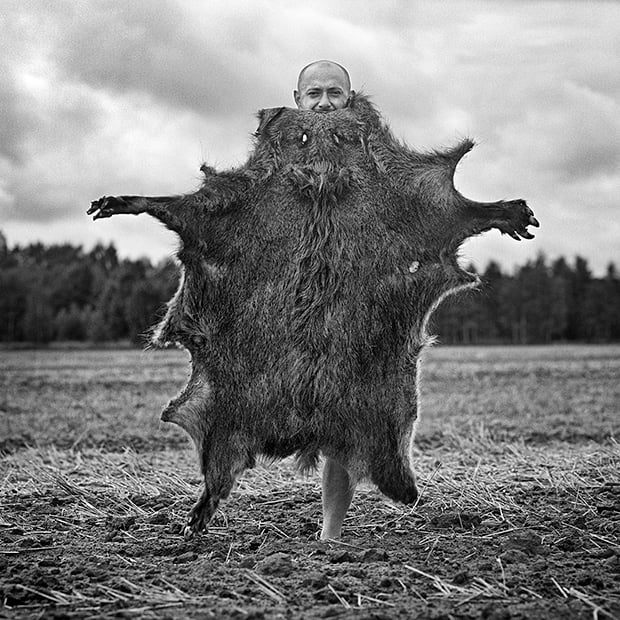 PP: Thanks for taking the time to share your work and thoughts, Adam.

GoPro to Launch a Cheaper, Low-End Action Camera Simply Called the HERO. Here It Is.