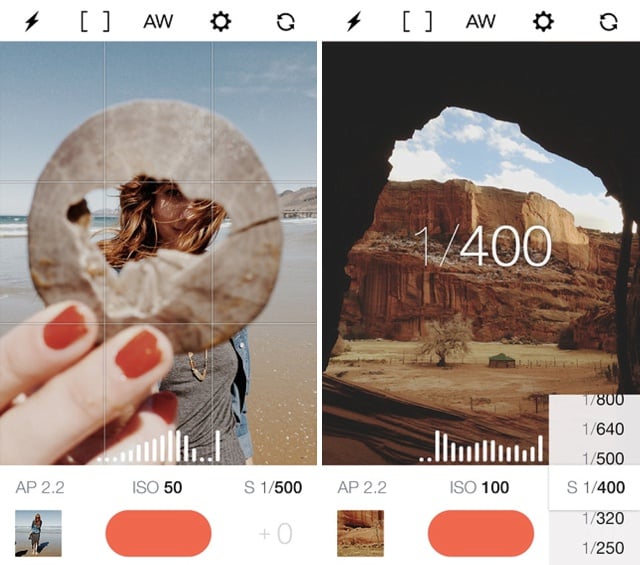 The now-public iOS 8 brings about a number of updated features that give users more control than ever before, and one of the most talked-about ones is the ability for developers to integrate full manual control of the camera into their applications.

Manual’s simple interface lets you control essentially everything Apple baked into its CameraKit SDK: focus, white balance, ISO, shutter speed and flash (although this has been present since the iPhone 4 included a flash).

To change shutter speed and ISO, you simply hold your finger over the current setting and slightly slide your finger up and down to adjust; for focus, you tap the ‘[ ]’ icon at the top and use a slider to adjust; and the white balance is set through tapping the icon on the top and selecting from one of the standard presets or setting it yourself via a Kelvin temperature slider.

Other features in the app include a very minimal histogram that is displayed using a clever bar chart overlaid on the bottom of the image, as well as the ability to overlay a grid for more precise composition. 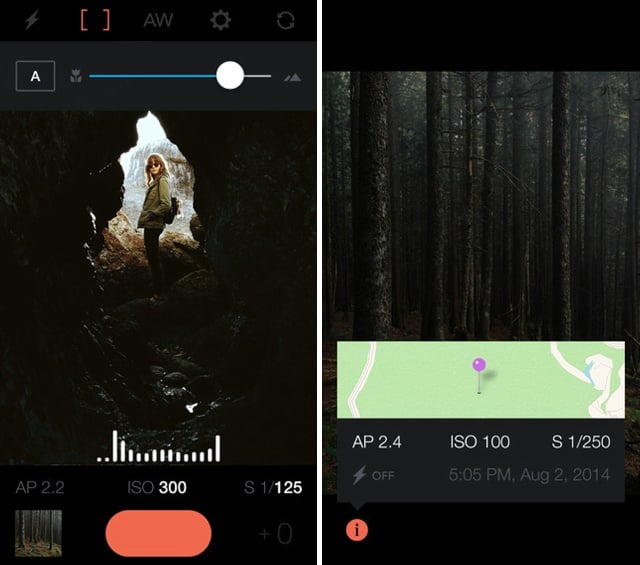 Manual is already available for download in the iOS App Store for $2, so head over and let us know what you think if you give it a shot.

Tutorial: A Super Simple Way to Create Cinemagraphs in Photoshop