“One selfie per day” projects require a great deal of commitment but aren’t exactly novel these days — everyone and their mother seems to have hopped onboard the bandwagon after Noah Kalina’s everyday project went viral.

Still, there are still the select few that stand out from among the rest. One of them is the video above, which shows 8 years of a young man’s life in continuous stop-motion. 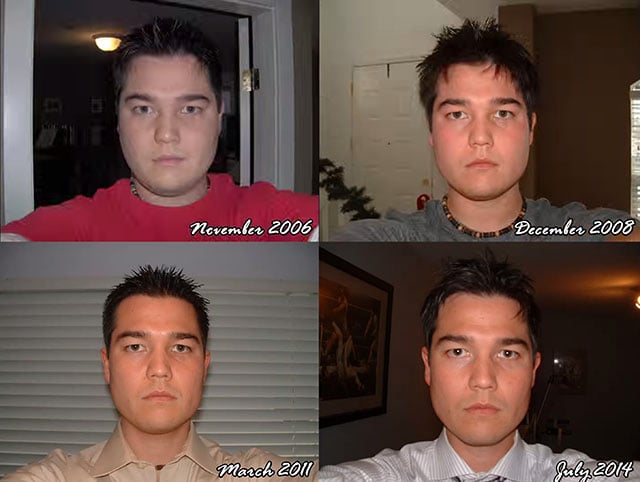 What’s interesting about dumo’s project is that his face isn’t the only thing that’s staying consistent between shots. His photograph every day would almost always be in the same location as the previous selfie (except when he’s away from home on vacations and such).

By slightly adjusting his position and framing for each day’s shot, dumo successfully created a stop-motion video showing himself aging 8 years while walking around inside/outside his house while doing various things (e.g. sleeping, showering, watching TV).

Pro Tip: How to Wrap Cables with Duct Tape Without Getting Them Sticky