Stop-motion is a painstaking and labor and time-intensive process when you do it with photographs, so imagine creating an entire stop-motion video using only oil paintings. That’s exactly what ambient folk band The Sea The Sea decided to do for their most recent music video, enlisting the help of artist Zachary Johnson to do the heavy lifting… or painting.

In all, the final music video is made up of 3,454 oil paintings that take you on a nighttime cab ride home through New York City.

The video amounts to a love letter to the city the band loves so much — a recollection of hundreds of bleary-eyed cab rides spent staring out rain-covered windows as the city that never sleeps sped by. 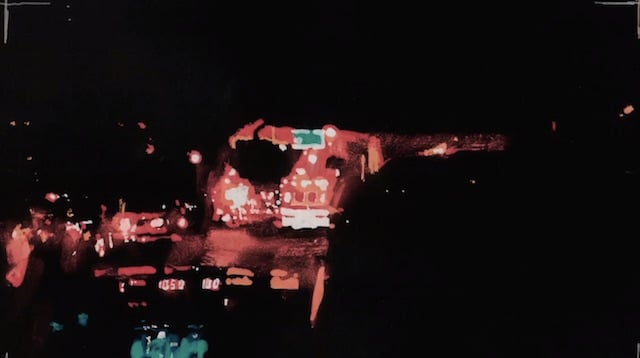 As you might imagine, this was no mean feat. 3,454 photographs wouldn’t take that long to capture and compile into a video, but 3,454 oil paintings? That’s a different deal. It took Johnson a total of 8 months to paint the whole video.

The artist tells Buzzfeed that he started with video footage that served as reference. He then took each frame from the video — essentially still photos — and turned them into hand-drawn paintings.

You can see the final product for yourself up top, but be warned: you’ll never be able to complain about how long it’s taking to photograph that stop-motion project ever again…