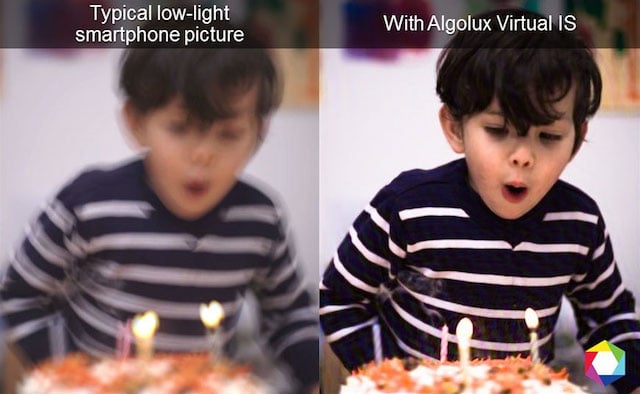 Besides sensor size, quality glass is the other major hurdle that smartphones need to overcome if they ever want to truly compete, quality-wise, with their bigger more capable brothers.

But since attaching a 500mm lens to a smartphone looks… well… kind of dumb, the folks at Canadian startup Algolux are taking a software-based approach and producing some truly incredible results in the process.

The premise behind Algolux’s ‘Virtual Lens’ software can be summed up by the graphic below, which greets you when you visit the company’s home page:

Algolux plus your crappy smartphone camera lens equals high-end glass… sounds too good to be true right? Well, maybe not, at least if their sample photographs are anything to judge by.

Their basic improvement algorithms are, understandably, something of a secret, but the basic idea is to analyze the lens you have in your system and correct for optical aberrations on the fly. This, claims the company, produces “sharper, more detailed photos” like the drastic examples below: 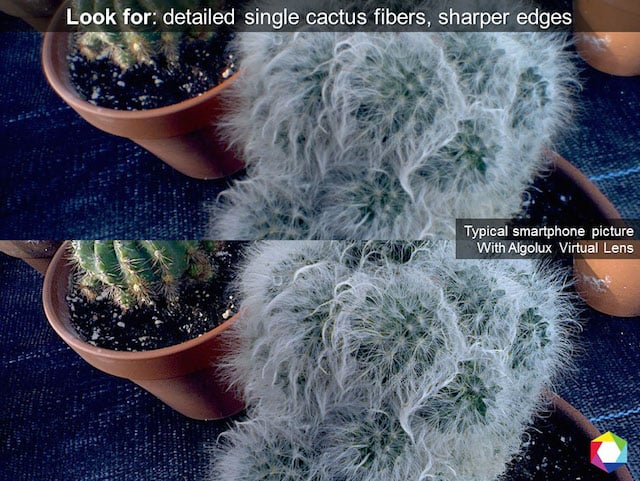 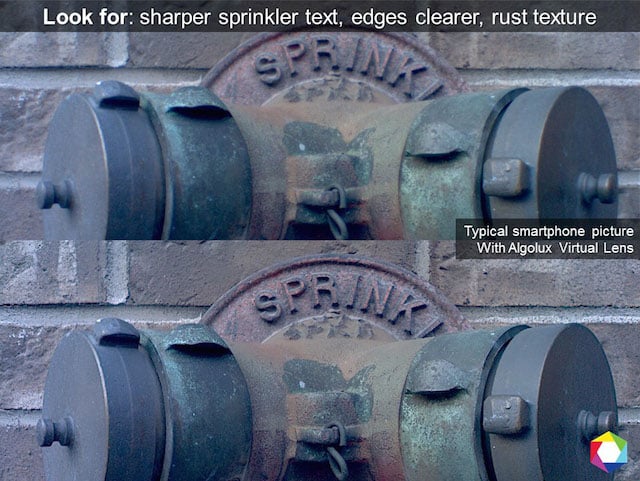 But perhaps even more impressive than their ‘Virtual Lens’ optical correction is the stabilization system they’ve built alongside it. Dubbed ‘Virtual IS,’ that’s what turns that mess of a photo at the top into a totally usable snapshot.

By using the front-facing camera to record high-speed video while you’re taking pictures with the rear cam — and adding in some data from the gyroscope for good measure — it “uses this information to deblur the image.”

There are challenges left to be overcome, of course. For example, Apple won’t actually allow front and rear camera use simultaneously on the iPhone; and this kind of heavy processing could mean lag time between photos and a significant drain on battery life.

But if Algolux can pull this off without completely sucking the life out of your smartphone in a few shots, and the blur-reducing Virtual IS is as good as advertised, we have a feeling companies will make whatever adjustments are needed as consumers cry out for this kind of capability.

Video: ISS Astronauts Hang Out in the Cupola and Point Out Cities as They Fly By