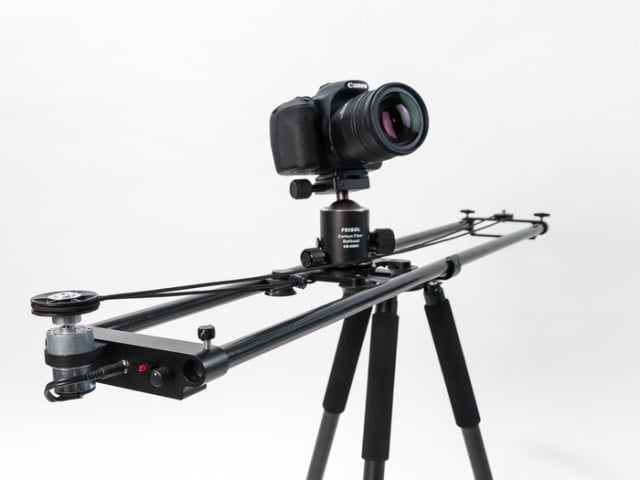 That effectively summarizes the camera slider market. And despite the multitude of sliders already on the market, Capture Beyond Limits hopes their Nebo Slider will make its mark in the world by raising the portability bar to new heights.

Constructed out of aluminum and carbon fiber, the Nebo motion controlled slider is deemed ‘The World’s Lightest Slider.’ And while we can’t confirm the claim outright, coming in at just 3.2 lbs for the motorized version and 2.2 lbs for the non-motorized version, it’s definitely one of the lightest out there.

You can view the animated GIF here.

In addition to being light, the Nebo slider is designed to be setup in less than a minute to ensure you don’t miss a single moment. To do this, the setup is quite simple, consisting of a primitive rope-and-pulley system and a simple motor that can be powered with a single 9-volt battery.

And once it’s set up, it’s no slouch. The Nebo slider is capable of moving around a whopping 8 lbs of gear on a single, center-mounted tripod, or 12 lbs with the 2-tripod setup.

And while we wouldn’t call that cheap, adventurous photographers who love shooting time-lapses up in the mountains can weigh the cost of a Nebo slider against the cost of excessive lower back pain and see where they come out. 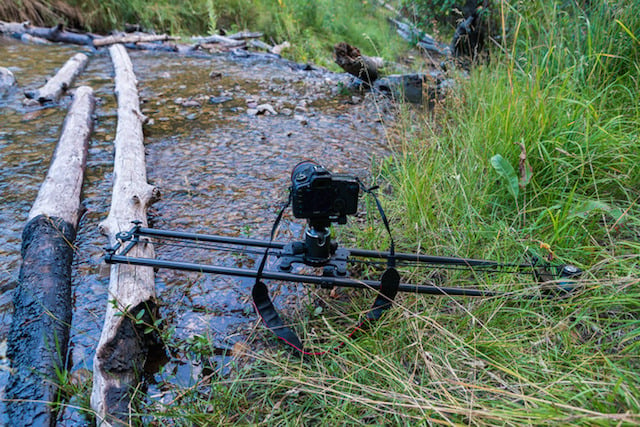 To find out more about the Nebo or drop the cash and pick one up for yourself, head over to the Kickstarter campaign. With 8 days left they’re less than $6,000 away from their goal, so there’s a good chance this one will become a reality.

Fantastic Vintage Photos of Women at Work During WWII

Drone Gets Too Close to Ram, Ram Knocks Down Drone and Chases Down Photographer