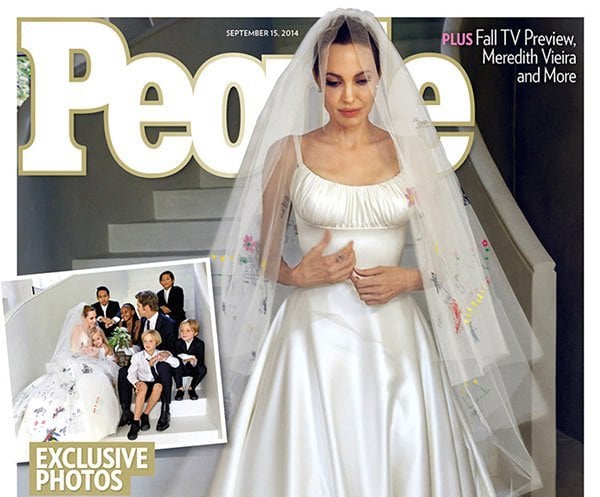 For celebrities, selling off the rights to publish wedding photos can be quite the money-maker. And if your last names are Pitt and Jolie, that is doubly true.

However, rather than raking in the dough for themselves, the couple decided to team up exclusively with Getty and use the photos of their recent nuptials to raise money for the Maddox Jolie-Pitt Foundation.

According a press release on the Getty website, the celebrity couple have officially inked a deal that will allow the global media company to distribute photographs of Jolie’s and Pitt’s August 23rd wedding exclusively, with one major caveat — 100% of the proceeds will go to the couple’s foundation. And how much money was that? Well, according to a Hollywood Life article, People and UK’s Hello magazines paid $2 Million to get exclusive rights to the David James images.

“Getty Images believes that pictures can save lives and change the world,” said Getty co-founder and current CEO Jonathan Klein.

And when those pictures also play on a cultural fascination with fame, and raise $2M for a charity dedicated to “eradicating extreme rural poverty, protecting natural resources and conserving wildlife”… all the better.

“Why I Want to Switch to Nikon, But Can’t”: Tony Northrup Throws Gas on the Canikon Debate

DIY: An Automated, Motorized Camera Dolly Made Out of LEGO and an Arduino