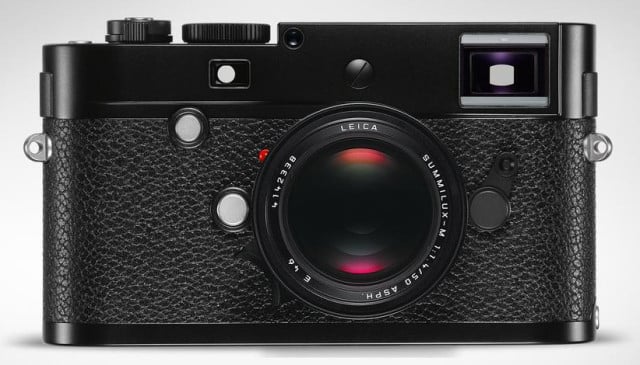 Leica has officially unleashed their next M-series camera, the Leica M-P. Almost identical to the Leica M in its design and functionality, a number of significant improvements have been made that focus on bringing robustness and longevity to the M-System product line-up.

Oh, and one more thing — the signature ‘red dot’ is missing.

Consider it thoughtful reduction with precise addition. Leica’s goal with the Leica M-P was to boil the M-System down to its basic components, giving users only what they need in a compact, minimalist package.

The M-P comes in both black and silver models and packs in a whopping 2GB of memory buffer — twice that of the Leica M. Inside, you’ll find a 24 megapixel full-frame CMOS sensor, deemed the Leica Max 24MP, which is operated alongside the Leica Maestro image processor to ensure the greatest exposures possible.

In addition to the improved sensor and memory boost, Leica has incorporated a sapphire crystal coating to the glass that protects the 3”, 920k-dot LCD monitor on the back of the device. Rating 9 on the Mohs scale, sapphire is the third hardest mineral available, meaning scratches will be almost nonexistent, even in the roughest of environments.

One of the more unusual changes to the camera is the loss of Leica’s iconic red dot. In its promotional material Leica says the reason for this is so the camera can remain ‘noticeably unnoticeable.’ In other words, they wanted the M-P to be as unobtrusive and draw as little attention as possible, be it from potential thieves or other photographers — a humble tool that gets the job done without getting your wallet stolen.

Beyond the notable changes above, the M-P features everything the Leica M did: including 1080p video, live-view, and a full-metal, magnesium alloy body that’s weatherproofed to keep you shooting in tough conditions.

At $8,000 for the body only, it’s a bit pricey, but nothing out of the ordinary for Leica. While not yet in stock, you can pre-order both the silver and black models over on B&H. And if you’d like to learn more about the small-but-impressive upgrade, follow that link to read the full press release.