I’ve spent the past week down in Ferguson, MO covering the protests and police response. What I never expect was to find myself embarrassed to photograph but it happened on Tuesday 8/19/14. 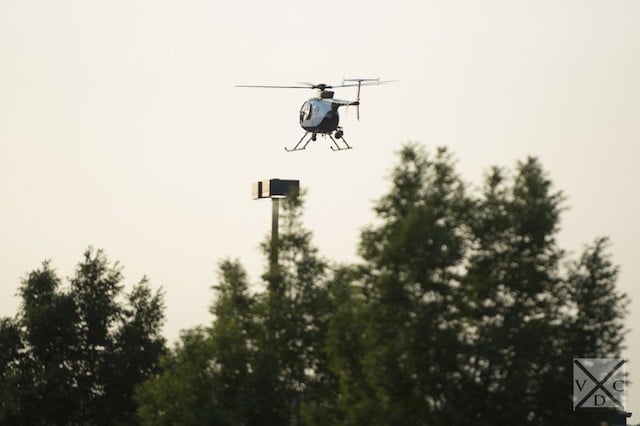 The day started out with residents cleaning up the neighborhood and the unrelated death of another black male in the St. Louis area. Protestors marched peacefully with little trouble with the police. When the skies turn dark is when troublemakers come out which has led to night-after-night of violence in this small community. Expecting the worst, an increasing amount of amateur, foreign and domestic journalists came into town. At one point there appeared to be as many media members as there were protestors. 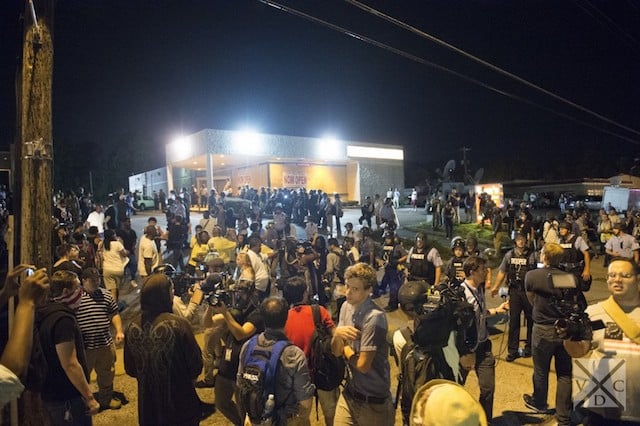 At or around Midnight between August 19th and 20th a few protestors threw water bottles at police on this very humid night in Ferguson which drew out a response from officers. Journalists came out in droves to photograph and record the tensions and issues that arose throughout the night. At one point after arresting a woman, police were surrounded on three sides by the media. A woman was pepper sprayed and a civilian medic needed to attend to her which brought the media to completely surround her and the medic. 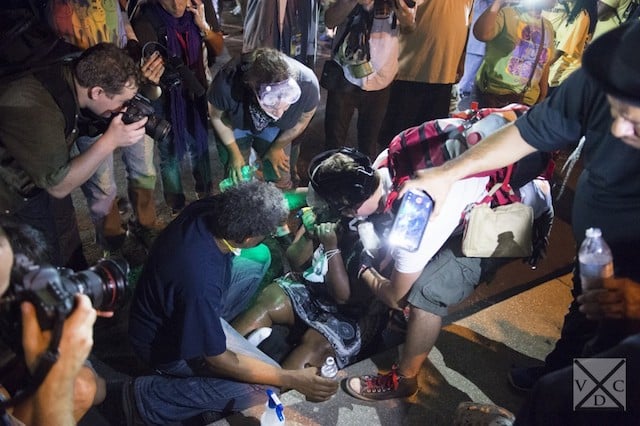 To me this is the point where the media is no longer simply reporting what is happening but rather becoming a hindrance and making the situation worse. Over the past few days journalists have been a part of inciting protestors by getting dangerously close and not always following police orders.

Tonight when ordered to disperse by police, the media and protestors became one group with cameras and raised hands intertwined. Officers requested multiple times that the media back away and return to the police staging ground though very few left and rather continued to photograph the scene. I am no saint. I photographed alongside everyone tonight and was part of the problem. I refused to follow police orders and only moved when threatened by arrest or with the flow of the crowd. 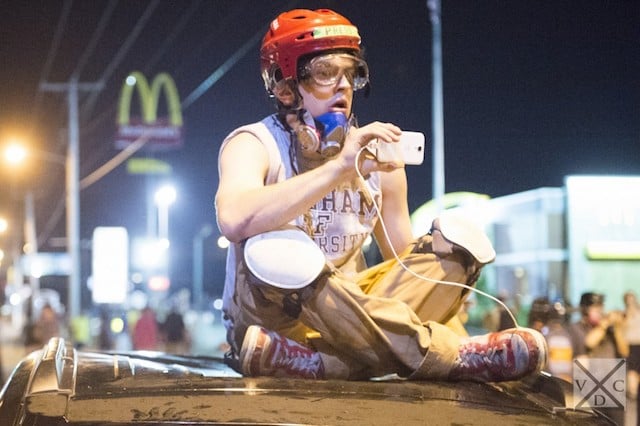 I am embarrassed by the way the media acted tonight, myself included and have decided that the media is now a problem in Ferguson. I will be leaving Missouri in the morning while hundreds of other journalists will continue to record events and battle with police for the right to be there.

About the author: Abe Van Dyke is a photographer based out of Waukesha, WI who specializes in spot news and concert photography. You can find more of his work on his website, or by following him on Facebook or Instagram. This article originally appeared here.