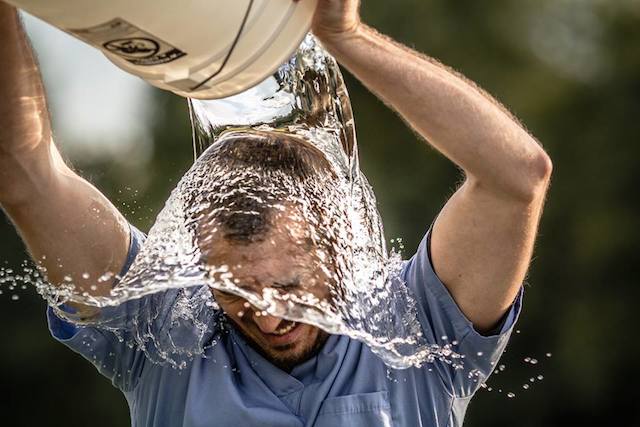 If you’ve been on any form of social media recently, you’ve no doubt heard of the ALS Ice Bucket Challenge. Chances are actually pretty good that you’ve been challenged to do it yourself, and while most people document their challenge in video form, photographer Adrian Murray decided to document his by capturing a burst of 10 photographs that show every cringe-worthy, ‘refreshing’ moment.

On the off-chance you’re not familiar, the ALS Ice Bucket Challenge is a viral social media movement put together by the ALS Association, an organization dedicated to creating a world without the disease Amyotrophic lateral sclerosis (ALS), better known as Lou Gehrig’s Disease.

The deal is that if you’re challenged by one of your friends who completed the challenge, you have 24 hours to either dump a bucket of ice water over yourself and challenge three others, donate to the ALS association, or both (most people are choosing the latter).

With help from tens of celebrities and hundreds of thousands of other participants, the ALS association has raised well over $10 million and the number keeps rising, which brings us to a more photographic version of the Ice Bucket Challenge by Murray: 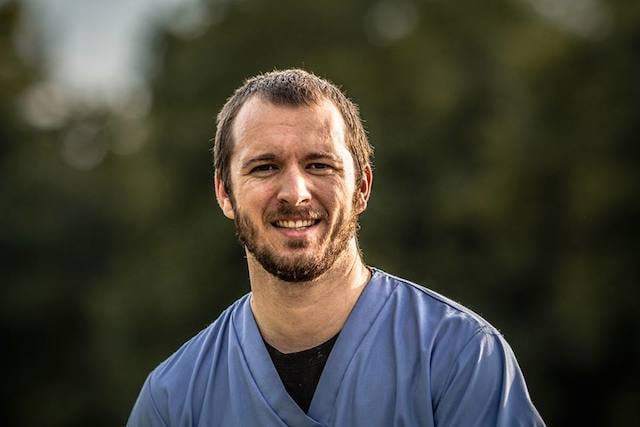 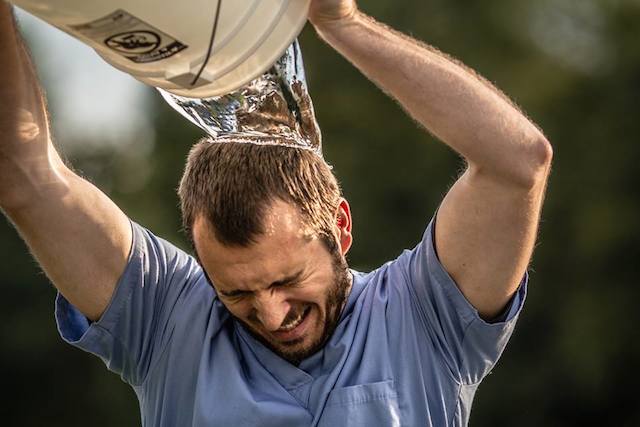 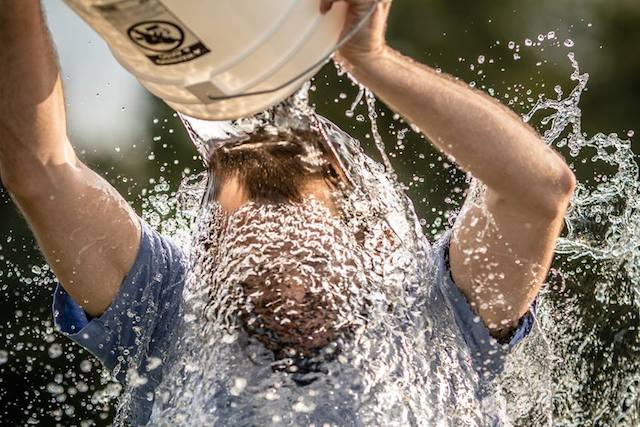 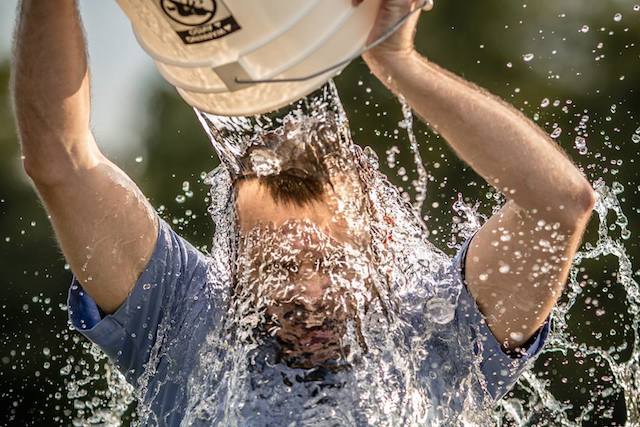 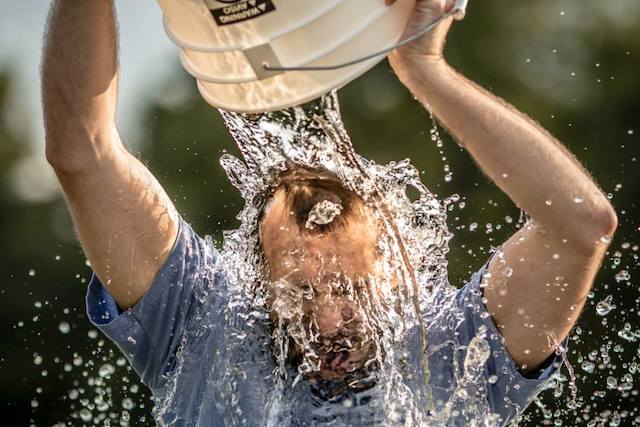 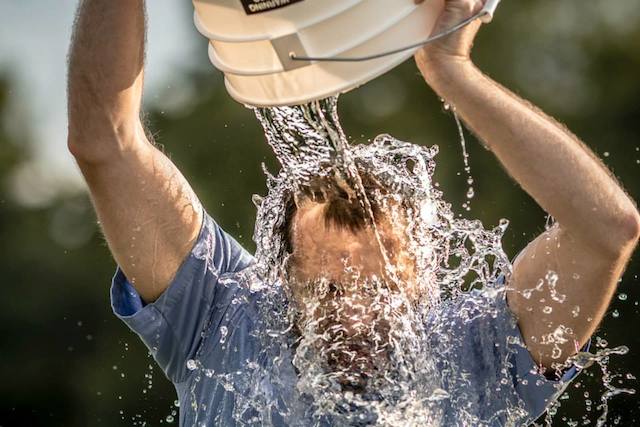 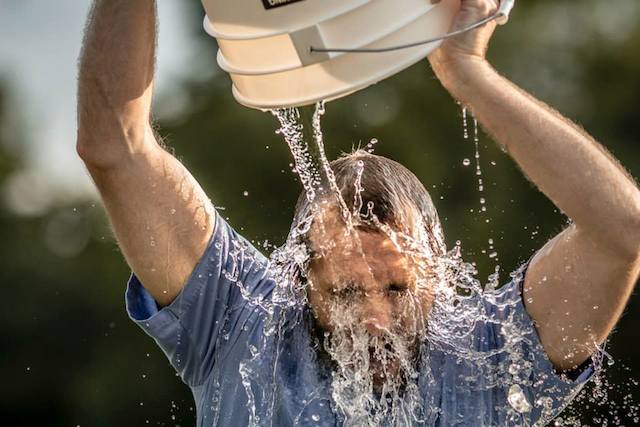 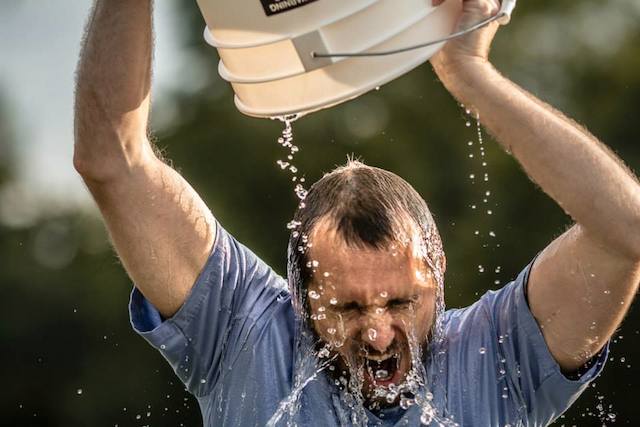 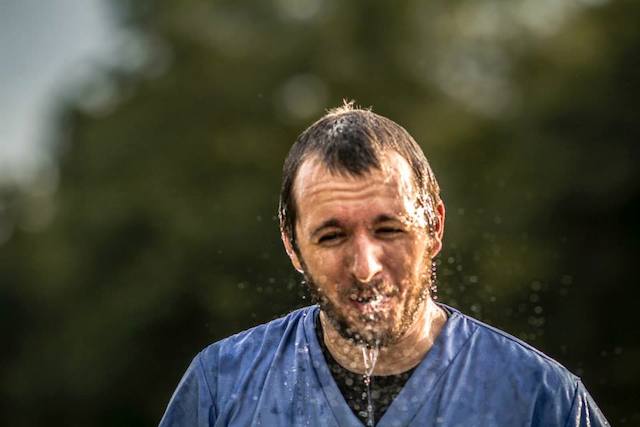 The challenge is already well under way, and chances are good many of you have already participated, but if you just got nominated to complete the Ice Bucket Challenge, what say we start a high speed photography branch to this worthwhile movement?

And if you do complete the challenge using photography, be sure to drop the photos or a link to your series in the comments down below!

Image credits: Photographs by Adrian Murray and used with permission