When photographer Mark Dawson and his girlfriend photographer Kari Wehrs were challenged to the popular ALS Ice Bucket Challenge, they decided to go old-school. In addition to donating — that is, after all, the real point of all this — they set up an old tintype camera and captured the entire thing 1850s style.

In the above video’s description, he explains some of the challenges of capturing something like this using a process that really was never meant to shoot “fast action.”

The plate is not very light-sensitive, though, in the modern scheme of things. Forget cranking up the ISO to 3200 or so – this stuff is more like “ISO 0.3”. So I had to guess at an exposure that was long enough to have time to physically dump the ice, but short enough to capture the ice as it fell. 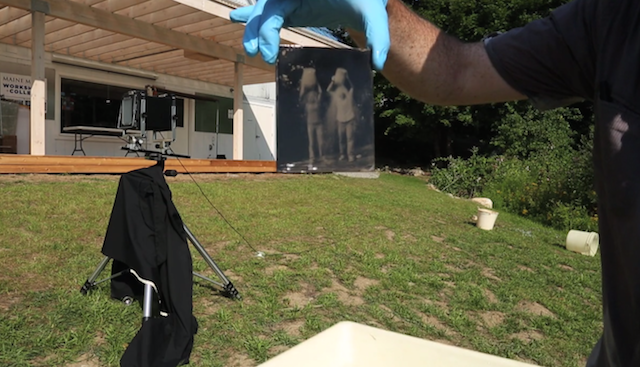 The plan was to take a 2-second exposure to capture what was going on, but as he soon found out, “[It] turns out I can’t really step on the bulb, count one hippopotamus two hippopotamus, dump a couple gallons of icewater over my head, and release the bulb all at once.”

Fortunately there’s enough latitude in the development process that he was able to salvage the shot that was actually only exposed for about one second when all was said and done. Here’s the final tintype: 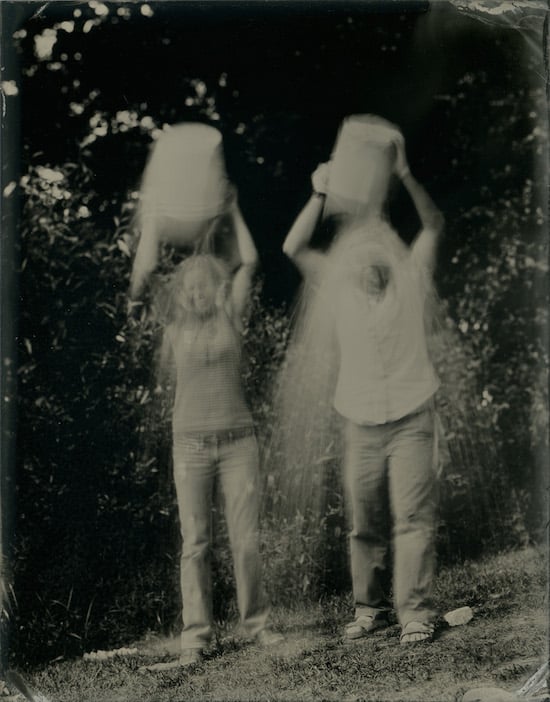 Check out the video at the top to see the ice pouring action, and then, whether or not you’re inclined to dump a couple of gallons of ice water on your head, head over to the ALS Association website and donate to the cause. Better yet, don’t do the water, donate to ALSA, and then donate something to charity: water as well.

Image credits: Photograph by Mark Dawson and used with permission

“Work Hard, and Be Brave”: An Inspirational Message from Casey Neistat