Like a lot of photo history buffs, I’ve been quite excited about Lomography’s new iteration of the Petzval lens in 85mm focal length. For those of you who don’t know Petzval and his lens, I wrote about it a few years ago. It really has a rather a fascinating story.

Since then, I’ve been rather obsessed by this lens. I own several of them, made in the late 1800s, but I haven’t been able to adapt them to work on a modern camera. Now Lomography has reproduced the Petzval lens in a nice brass housing, with either Canon or Nikon mounts, and I was among the first to put my order in.

It truly is the classic design, complete with Waterhouse stops to control the aperture and rack-and-pinion focusing. None of your fancy iris apertures or focusing helicoids for this lens.

Now most of you, when you get a shiny new lens arriving, run outside and start taking pictures. But that’s not how we roll here at Lensrentals. (For those of you really interested in this lens, there are already dozens of people posting their images online.)

What follows is just wrong.

So the first Petzval got put up on the Trioptics MTF bench. 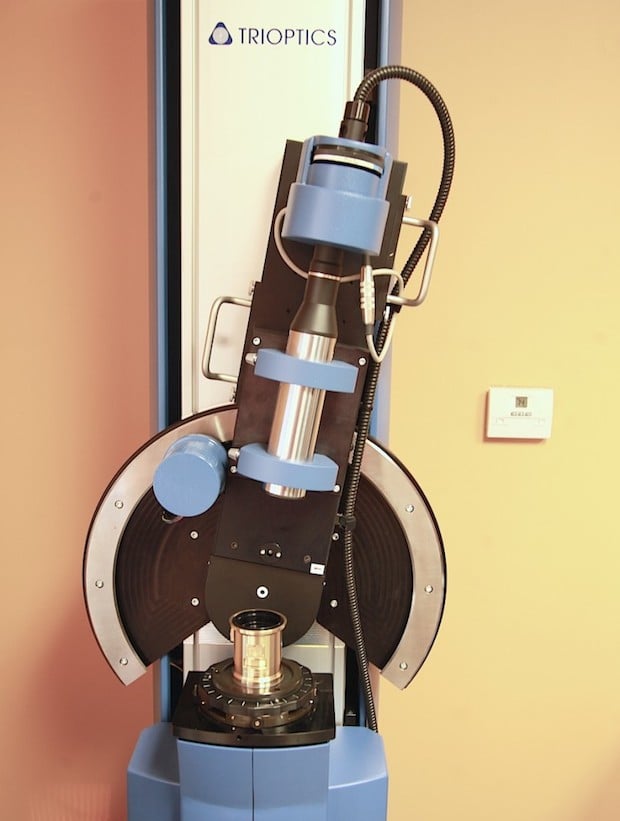 While the other one got slapped on Olaf, our 5-micron pinhole tester. 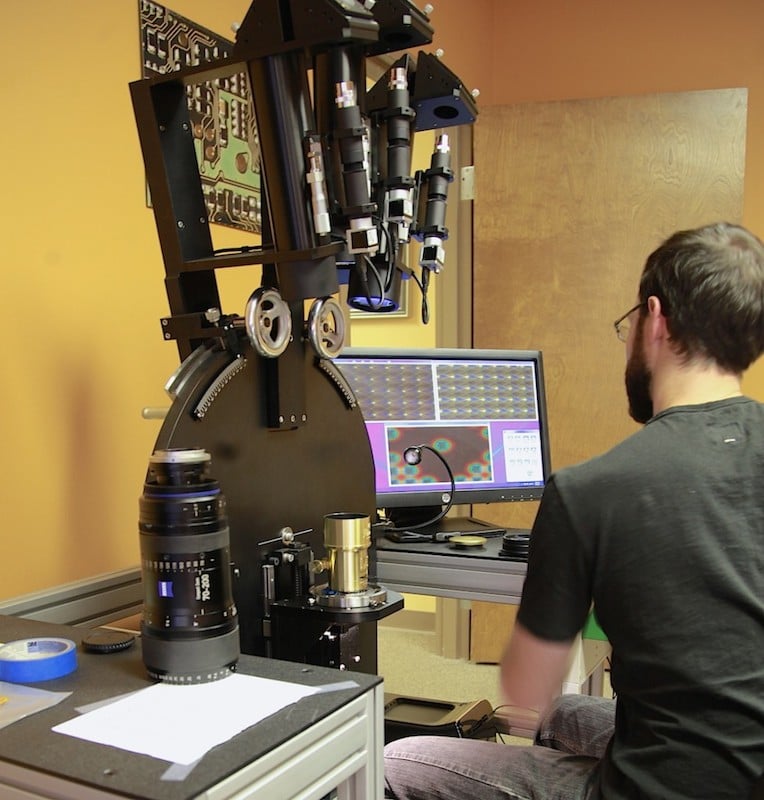 Obviously, this 175 year-old design isn’t supposed to compete with modern lenses for resolution or aperture. It provides a classic dreamy look. But hey, we test lenses, so guess what we’re going to do?

OLAF actually is more fun here, showing a lot about what this lens is about. The spherical aberrations should make the out-of-focus areas smooth and pretty. 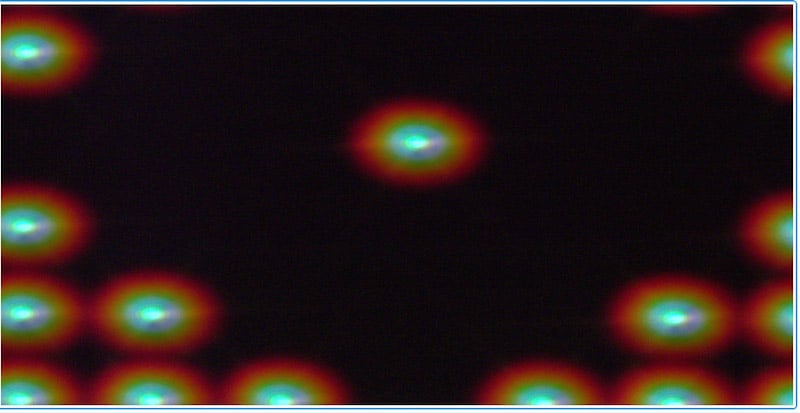 In case that isn’t enough for you, Lomography includes, in addition to the standard Waterhouse stops at various apertures, some very fun cut-out aperture stops: a teardrop, hexagon, and a star. 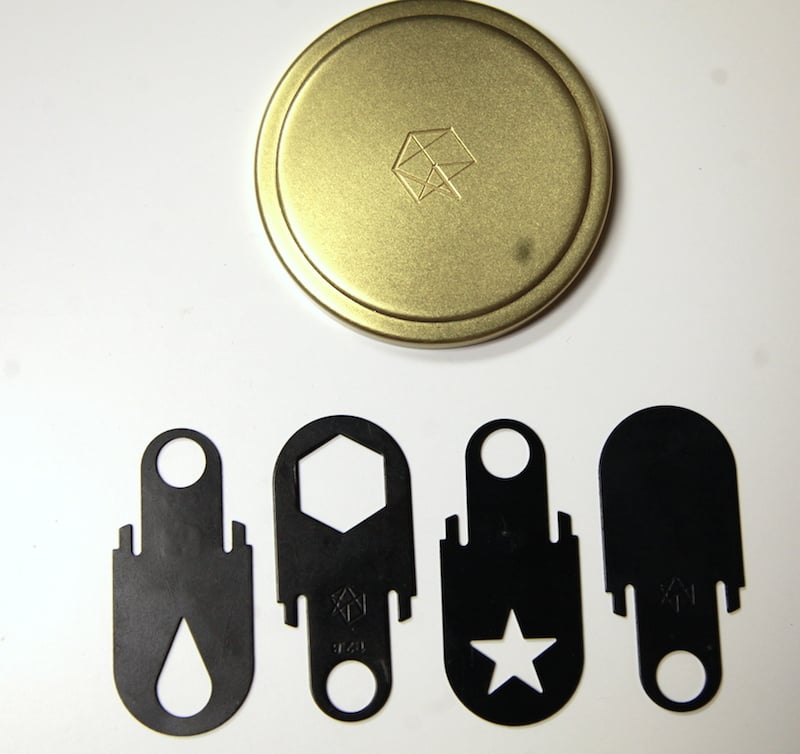 They have some interesting effects on OLAF’s pinhole light. I can’t wait to see what they do with actual photographs.

The hexagonal aperture isn’t all that strange: 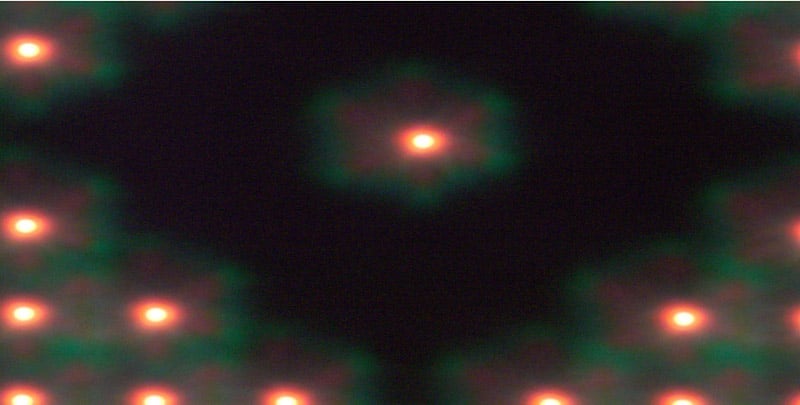 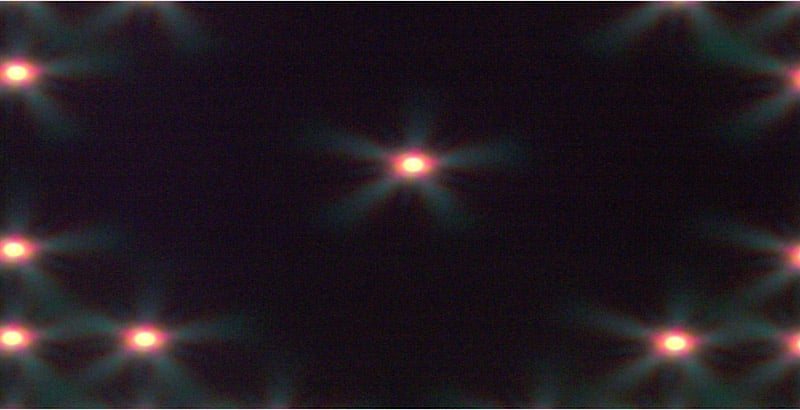 But it should also make for some interesting effects with out-of-focus areas: 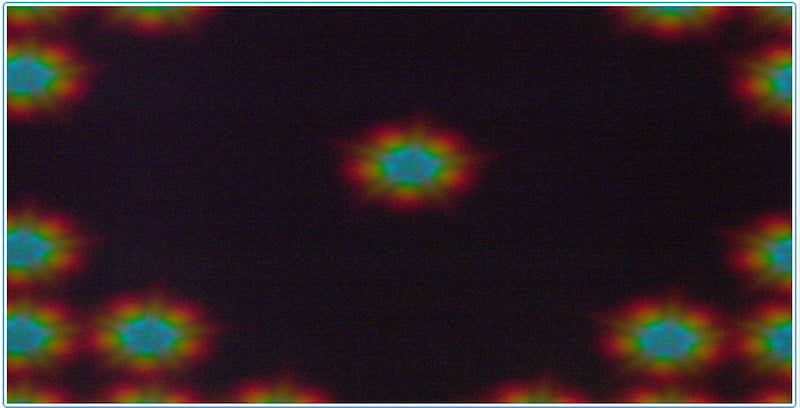 The teardrop aperture looks much like a decentered lens on OLAF when properly focused: 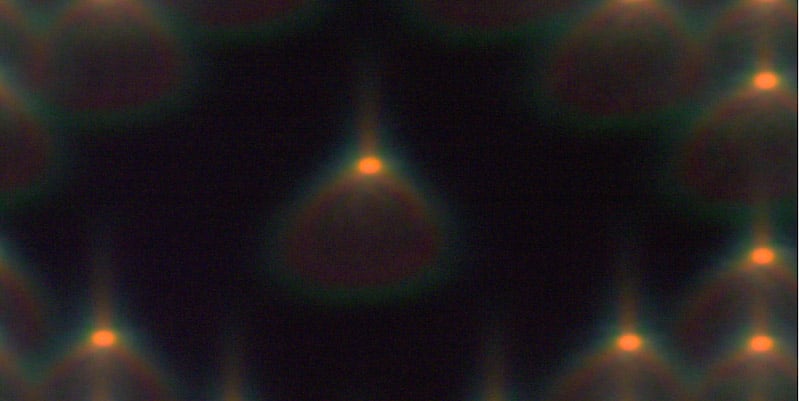 But becomes more interesting when the lens is out-of-focus: 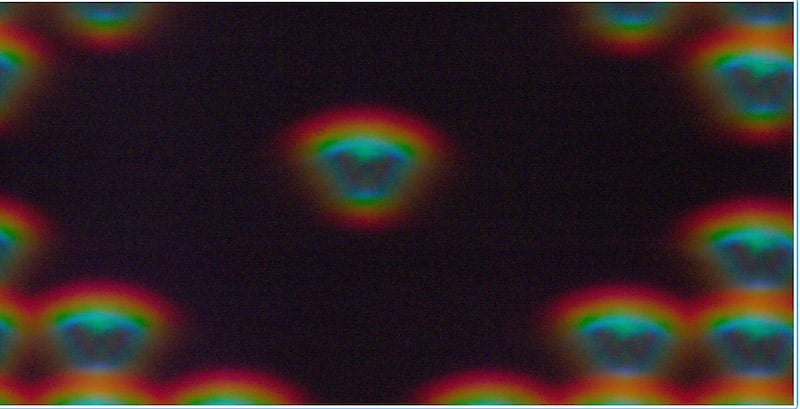 Of Course I Tested It

As I’m sure you know, the indispensible Kingslake’s History of the Photographic Lens points out that the Petzval design “uses overcorrected astigmatism to flatten the tangential field . . . giving excellent definition in the center of the image deteriorating rapidly towards the edges.” I was quite pleased that the MTF bench showed the new version does exactly that. Note that once you get away from the middle 1/3 of the image astigmatism is, well, pretty damn impressive.

What the MTF charts suggest we’ll get is exactly what Petzval lenses are supposed to deliver; a fairly nice centered portrait with the outer half of the image significantly blurred. Even in the center, though, the lens doesn’t resolve very well by modern standards wide-open. The frequency graph of the center of the lens emphasizes this. 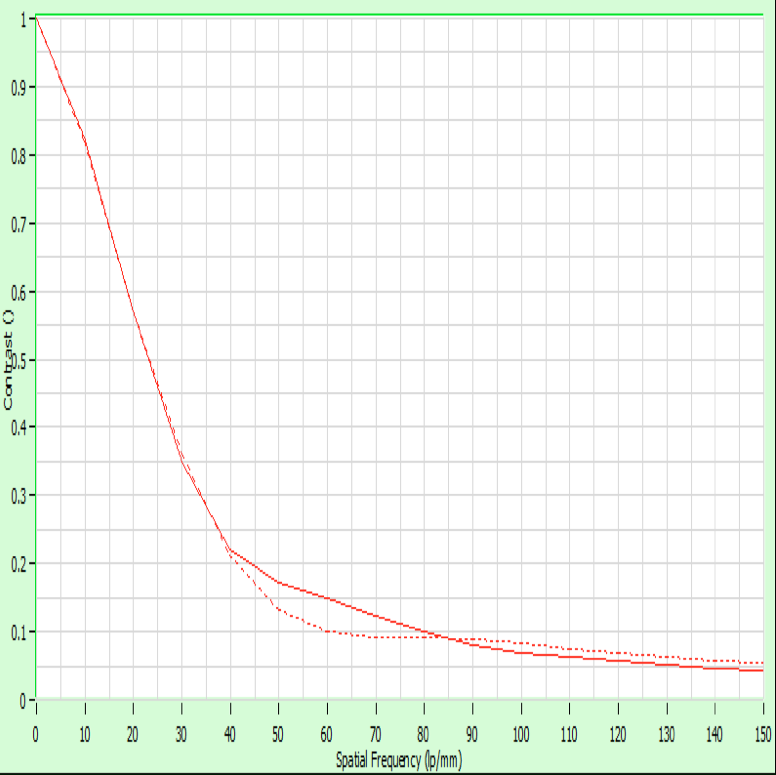 I know what most of you, at this point, are thinking, “Sure, Roger, we expected these results. But can’t you please show us the field curvature, too?” Fear not, my friends. I can and I will. As Kingslake said, the astigmatism of the lens flattens the tangential lines pretty well, but the sagittal lines have some wicked field curvature. Although in this case that’s a good thing, since a major purpose of the lens is to blur everything off-center.

Yes, I Sort of Took Some Pictures

But I did discover a few useful things. First, you are not going to want to shoot landscapes with this. It’s so soft at infinity that at first we thought it wasn’t reaching infinity focus. Not to mention that all the King’s Photoshop Horses can’t make the edges sharp.

But one thing I found while trying this is, on a Nikon D3x at least, the odd-shaped apertures really mess up the camera’s autoexposure. The image on top is with the f/4 Waterhouse stop in place, the one on the bottom with the Star Aperture, otherwise they were identical although both autometered. The effect can be kind of cool, though, close up. The top image is shot wide-open, the second with the Star aperture (can you tell I like that one?) and exposure bumped up in post. I should also mention that I’d shoot raw with this lens. Color seems to change with aperture a bit and almost every shot either needs to be white-balanced individually or corrected in post. The major use of this lens, of course, is fun. But it originally called the Petzval Portrait Lens, so a portrait seems in order. Since my usual swimsuit models and studio lighting weren’t available at 7 a.m., I made do with Corey, the only person who managed to be at work on time, light by the soft, romantic glow of a test chart. Now, I’ll have to end my little post, as the packers have come and ripped the last copy from my hands. One or two other things I noticed that those of you thinking about the lens might want to know before we close, though.
The rack-and-pinion focusing is quite accurate, but rather clumsy to do while you’re looking at the LCD to Live-view focus. I’d really recommend a tripod if at all possible.

I’d really avoid any crosshatched backgrounds. Or maybe go find them. The astigmatism makes them look odd, but whether good-odd or bad-odd is probably in the eye of the beholder.

I mentioned the lens is pretty soft at long distances, but it seems to do quite well close up.

You aren’t going to replace any of your current lenses, with this one. But for some of you, it might be a fun addition that gives your portraits some really different looks.

Simple Tip for Getting Tack Sharp, In Focus Landscape Photos Every Time