If you feel like the pseudo-studio in your spare room is too small for quality results, Siste Skanse may change your perspective a bit. Located in Tromsø, Norway, this small building’s claim to fame is that it’s the “World’s Smallest Instant Photo Studio.”

Operated by photographer Kristian Gundersen, this century-old newspaper kiosk-turned-portrait studio has just ten square feet of floor space. It’s open only a few hours on the weekend — between 12pm and 2–3pm, to be precise — and offers a rather simple portrait studios for anyone wanting a quick, convenient and novel portrait. 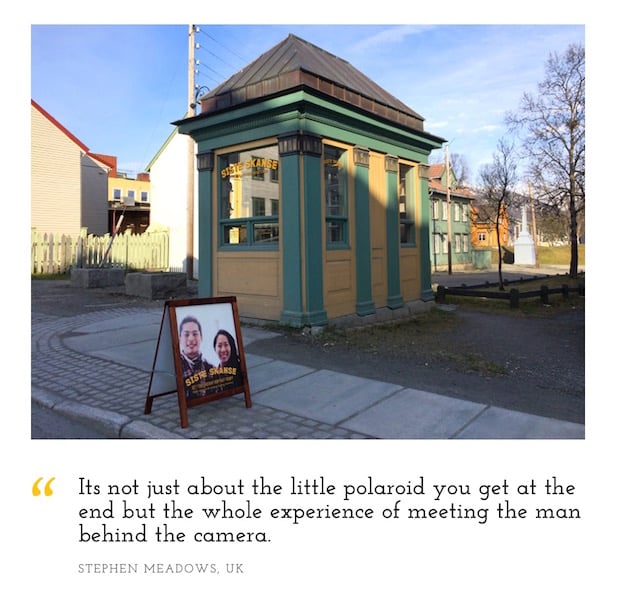 As for the name, “Siste Skanse,” it roughly translates to “The Last Stand.”

If you’d like to take a closer look and learn more about the “World’s Smallest Instant Photo Studio,” you can do so by reading this interview Gundersen gave for Film’s Not Dead. It offers great insight into his love for analog photography, how he managed to turn such a small building into an instant photo studio, and what it’s like to shoot in Norway’s frigid winters.

We doubt there are a plethora of PetaPixel readers within a convenient distance of Siste Skanse, but if you are, be sure to visit and tell Gundersen the PetaPixel staff says hello.

(via Film’s Not Dead via PopPhoto)