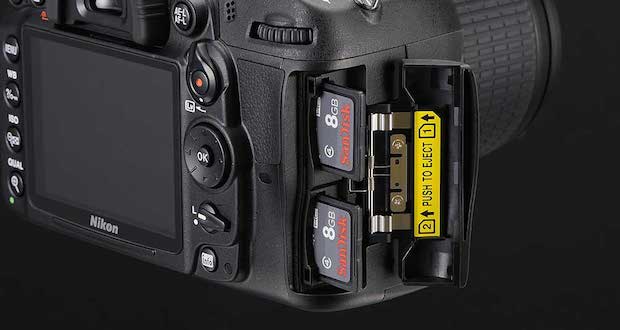 I will start off by saying I am partial to SanDisk memory cards, but I recently found a great write up on their website that is pretty much universal, explaining the difference between SD/SDHC/SDXC memory cards. I wanted to share this information with everyone because sometimes it can be confusing trying to figure out which SD Card is best for you.

First off you might be asking yourself, ‘What is SD?’ SD stands for Secure Digital. SDHC? Secure Digital High Capacity. And SDXC? Secure Digital eXtended Capacity. Other formats include miniSD and microSD but your DSLR will not accept these. There is no quality/security difference between these three formats. Cards labeled SDHC usually have a capacity of 4GB — 32GB. SDXC formats can be very large and expensive. For the purpose of this guide, I am going to recommend that everyone stick with SDHC format. These cards have more than enough storage, even for the most trigger-happy shutterbug.

You will see a Class 2,4,6 or 10 on SD Cards. This is the speed rating which measures maximum transfer speed for reading and writing images to and from a memory card, expressed as megabytes per second. However, video doesn’t need as big a data pipe because the video format is a smaller “fixed stream” that uses only a portion of the data pipe. 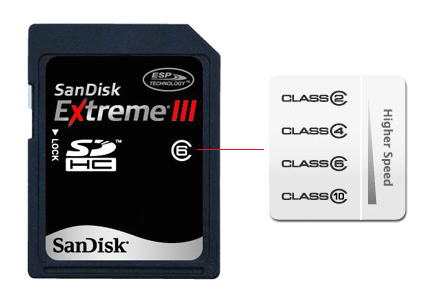 So what does this difference mean for you? Rated Speed (e.g. 15MB/s, 30MB/s, etc.) is maximum speed of the card and also what you would expect to approximately see in typical usage of writing or reading files on the card. This measurement is pertinent to still photography, especially for taking pictures with high-resolution and/or saving in RAW format where the files created are very large. The faster the card, the faster it can save the file and be ready to take another picture. You can really notice speed differences with high-megapixel DSLR cameras when using multi-shot burst mode.

Still digital images shot on high-megapixel cameras should utilize fast data throughput (a large data pipe), higher speed cards for improved performance. Higher speed cards can also improve how fast you can transfer the files to and from the card and your computer.

Speed Class is a minimum speed based on a worst case scenario test. The Speed Class is important for video mode or camcorders, where the device is actually saving a steady stream of data. The resolution and format of the video determines the amount of steady stream data. This translates to a minimum speed you need to guarantee that the video captured on the cards is recorded at an even, sustained rate with no dropped frames (which would result in lost data and choppy playback).

Compared to high-megapixel photography, video doesn’t need as big a data pipe because the video format is a smaller “fixed stream” that uses only a portion of the data pipe. But you do need a minimum guaranteed speed for the SDHC card that satisfies the requirement of the data stream. Your camera’s specifications should state the minimum SDHC Class Rating required.

Using a card without the proper class rating on a more advanced camera, such as a high-definition (HD) camcorder or Digital Single Lens Reflex (DSLR) camera with HD video record settings is likely to result in an error message indicating that video can only be recorded at a lower definition setting.

UHS Speed Class was introduced in 2009 by the SD Association and is designed for SDHC and SDXC memory cards. UHS utilizes a new data bus that will not work in non-UHS host devices. If you use a UHS memory card in a non-UHS host, it will default to the standard data bus and use the “Speed Class” rating instead of the “UHS Speed Class” rating. UHS memory cards have a full higher potential of recording real time broadcasts, capturing large-size HD videos and extremely high quality professional HD.

So that’s it! I hope this helps bring some understanding and knowledge so you can make the right choice the next time you are on the hunt for some new SD cards for your digital camera.

*1 1 megabyte (MB) = 1 million bytes
*2 Based on SanDisk internal testing; performance may vary depending upon host device.

About the author: Martin Moore is a photographer, traveler, filmmaker and writer based out of Milwaukee, WI. You can see his work on his website, or by following him on Twitter, Facebook and Instagram. This article originally appeared here.