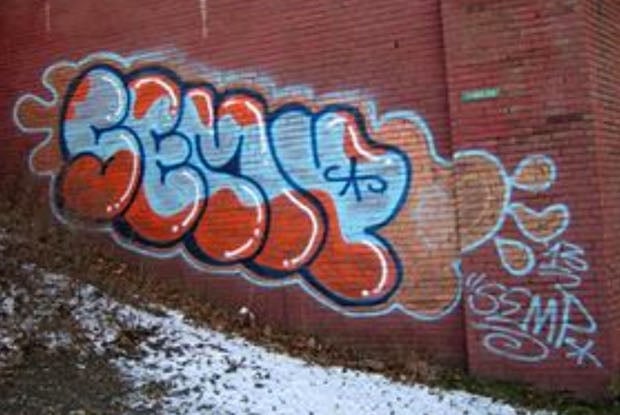 If we’ve said it once, we’ve said a thousand times: don’t post illegal activity to Instagram. Because while the photo sharing service does sometimes seem to be the domain of teenaged girls with a duck face problem and hipsters who would like to share their latte with you, the police also spend time on there.

The prolific tagger, it seems, enjoyed sharing his work over Instagram using the hashtag #semp516 and an account by the same name. According to the New York Post, he had been caught back in March for possession of graffiti materials, and so cops had been watching his Instagram closely ever since.

Less than three months later, SEMP’s gratuitous photography earned him a visit to Queens Criminal Court… so we’ll say it one more time: don’t post illegal activity to Instagram. You might end up like SEMP, or worse yet, this guy whose selfies led to 142 felony charges… yikes.

After Six Years of Poking Fun of Canon, the Man Behind ‘Fake Chuck Westfall’ Comes Forward