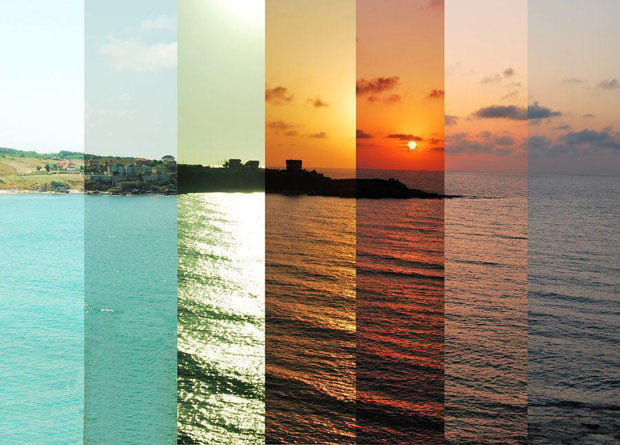 Turkey-based photography enthusiast Isil Karanfil created this beautiful image showing an entire sunset in a single photograph. Karanfil fixed her Nikon D60 in its view of the seascape, and then shot a single photograph every hour for seven hours between 3pm and 9pm as the day turned into night. She then took the resulting photographs, sliced them up, and combined them together using Photoshop for the image seen above, which she titles, “Sun Lapse”.

Other photographers using this technique have been calling it “time-slice photography.” Examples we’ve highlighted recently include Gabriel Brammer’s image of a telescope in Chile, Richard Silver’s images of New York City buildings, and pioneer Stephen Wilkes’s “Day to Night” project.

Wilkes’ time-slice images are created with enough images such that each slice blends seamlessly into the next. Someone should definitely take this sunset time-slice idea and shoot enough photos to make it seamlessly transition from left to right. Imagine how amazing that image would be!

A Clever Polaroid Camera Promo Mailer Made with Card Stock