While taking her usual walk along the water on Cardiff State Beach, California resident Marian Rogers came across a waterproof camera, still intact, and whose memory card still held the images of what appears to be newlyweds. A camera she is trying her best to reunite with its former owners.

“I always try to walk along the edge of the water that’s coming in because I like to get my feet wet,” said Rogers to FOX WGHP. “There was a little bit of seaweed, and in that I could see that it was something blue.” 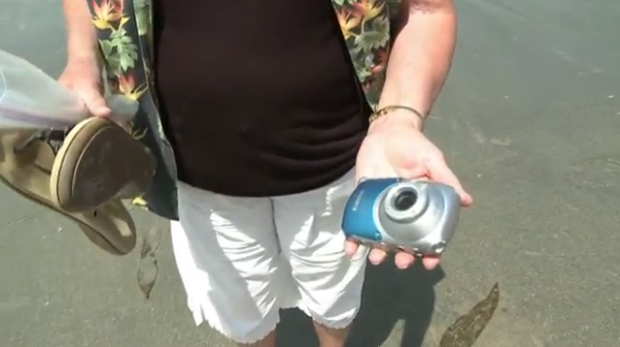 Picking up and unraveling the seaweed, Rogers realized that it was in fact a camera she was holding. Upon returning home, she plugged the device into her computer, and that’s when a collection of photos from what looks to be a young couple’s wedding and honeymoon adventures popped up on her screen. 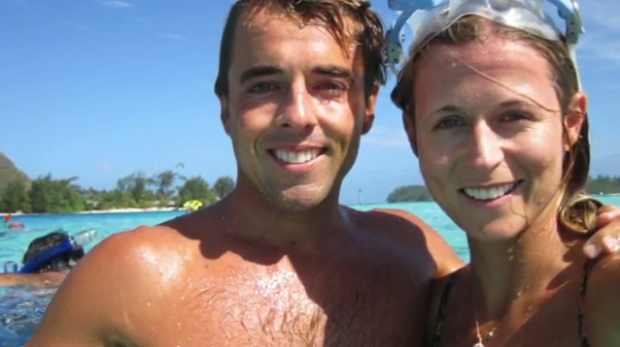 From their wedding vows to a picture on a beach in Tahiti, the images covered a great deal of memorable moments. In one of the images, “Dylan and Lauren, June 1, 2012” appears to be written in the sand, giving at least a little insight into whose camera it is. But despite her best efforts, posting to Craigslist and over bulletin boards across town, Rogers is yet to find the rightful owners.

As far as Rogers is concerned, her mission isn’t completed until she finds the owners of the lost camera. “People need to share this story. These are treasures, we’re going to find this couple and it will be heart breaking if we don’t.”

Update: Thanks to PetaPixel commenter Ed Rhodes, we’ve been notified that Rogers has finally found the owners of the camera. In a statement by KHON2:

“The mother of Dylan Davis saw the photos. She said the photo is of her son, Dylan Davis and his wife Lauren. They live in Huntington Beach, Calif.”