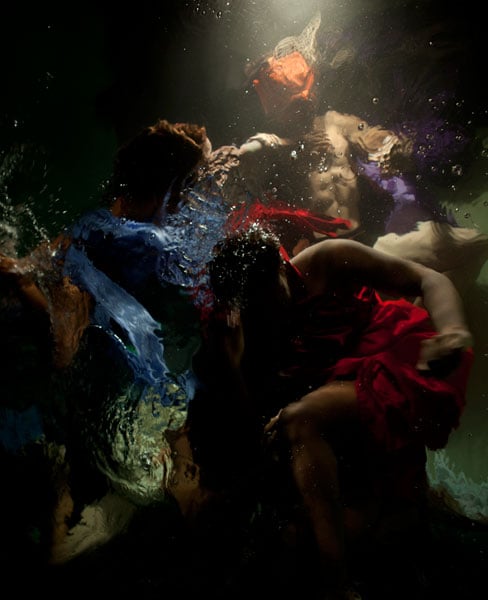 Hawaii-based photographer Christy Lee Rogers specializes in creating dreamlike photos of people underwater. Her project Reckless Unbound shows people swirling around one another while wearing colorful outfits. The photos are reminiscent of the paintings of old Baroque masters, who would often paint people floating around in heavenly realms. 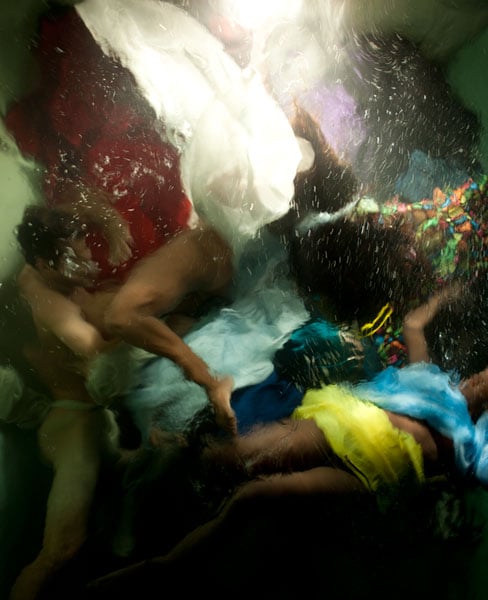 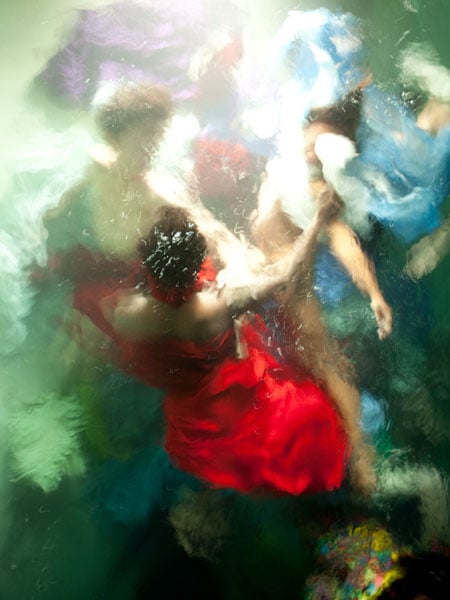 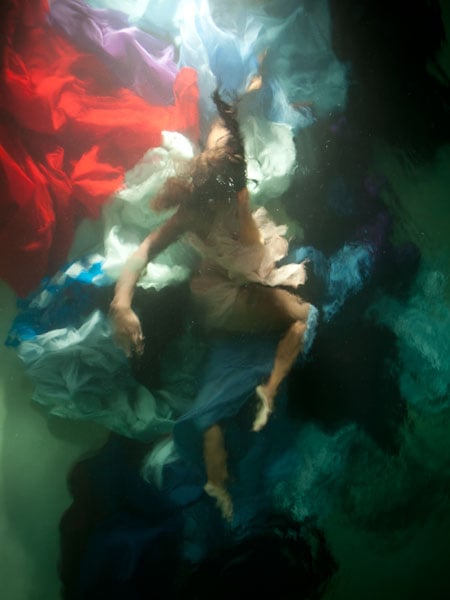 Rogers creates her photos in swimming pools at night. The scenes are illuminated with bright off-camera lights, and the shoots often last two to four hours each.

Christy Lee Rogers reshapes the boundaries between contemporary photography and painting, with her series Reckless Unbound. While provoking the audience with vivacious movements and purpose, she also stirs the viewer’s memories of baroque painter Pieter Paul Rubens and his Massacre of the Innocents.

Without the use of post-production manipulation, Rogers’ works are made in-camera, on the spot, in water and at night. She applies her technique to bodies submerged in water during tropical nights in Hawaii. Through a fragile process of experimentation, she builds elaborate scenes of coalesced colours and entangled bodies that exalt the human character as one of vigour and warmth, while also capturing the beauty and vulnerability of the tragic experience that is the human condition.

You can see more of her work over on her website.

Reckless Unbound by Christy Lee Rogers (via My Modern Met)

12.5 Years of Daily Self-Portraits Averaged into a Single Photograph