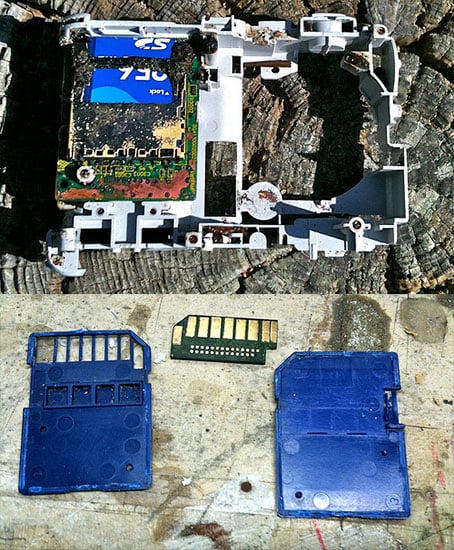 We’ve heard of digital photos being recovered after lost cameras drift for 1,000 miles (in underwater casing) or spend a year at the bottom of the ocean floor, but is there any hope for a camera that experiences four years of abuse at sea? Turns out there is. A man named Peter Govaars was walking along a beach in California when he stumbled upon a battered camera “skeleton” with a memory card still attached. He took the SD card home, took it apart, spent 30 minutes cleaning it, and was surprised to discover 104 photographs taken within a 2 week period in June 2007.


Here’s how he went about cleaning the card:

I simply split the card with an XActo knife and cleaned the circuit board with some isopropyl alcohol to make sure there was no salt bridging the pins. Once you’ve cleaned it, put it back in the carrier and put the two halves together. Then simply insert the card in the SD slot of the reader. That’s all I did. [#]

If you accidentally drop your memory card in salt water and find that it’s no longer readable, you mind want to try deep-cleaning it this way and see if that fixes it.

Here’s one of the photographs recovered from the card: 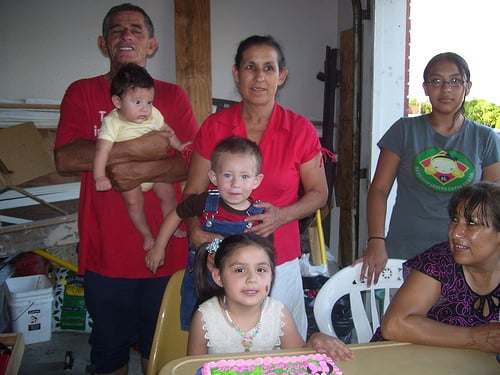 Recognize any of the faces? If so, send Govaars an email and help reunite the photos with their owner! He has also uploaded some of the other photos to a Flickr account dedicated to finding the owners.

Update: The owner of the camera has been found! Turns out the camera was indeed dropped into the ocean four years ago.