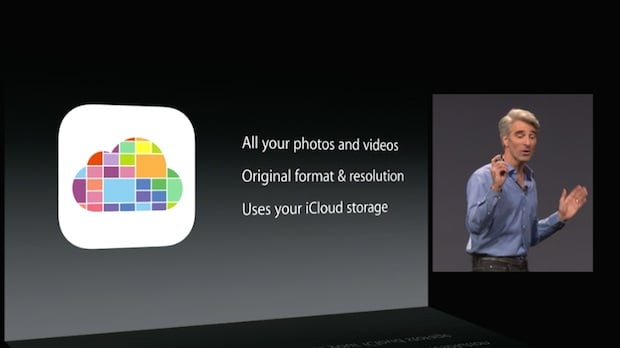 The final installment of photo-related news out of Apple’s annual WWDC Keynote comes out of the clouds… or rather cloud. Tying together photo management across the entire Apple ecosystem is the introduction of iCloud Photo Library.

The missing piece of the puzzle, iCloud Photo Library is just one of the many cloud-based announcements made by Apple today. It is, however, a piece of the iCloud pie that could play a vital role for many of us as mobile photography becomes more and more prevalent in both the amateur and professional market.

iCloud Photo Library is a cloud-based collection of the images you’ve captured on any of your iOS devices, and is accessible from any other iOS device, Mac OSX computer, and even PC. Rather than locally storing your photographs on a device, this automatically uploads your images to the cloud, making sure your iPhone or iPad never gets filled up with the, say, absurd amount of duckface selfies you take.

As I hit on in the previous two articles regarding Apple’s announcements from today’s keynote, this type of cloud-based service focuses on providing the simplest workflow possible. There is no transferring of images or worrying about duplicates.

One copy of the image is saved in the iCloud Photo Library, and regardless of whether you’re using the Photos app on your iPad, iPhone, iPod, MacBook, or PC, the edits made on one will almost instantaneously apply across all of the devices. And the same integration goes for curating your Collections, Moments, and Albums.

The beauty of this is accentuated by how iOS 8 handles its editing with third party apps, which assures that the images are edited non-destructively. So, rather than having the original image, then the VSCO-edited one, then the square cropped one for Instagram, you have one image across all devices that can be reverted back to the original at any given moment. 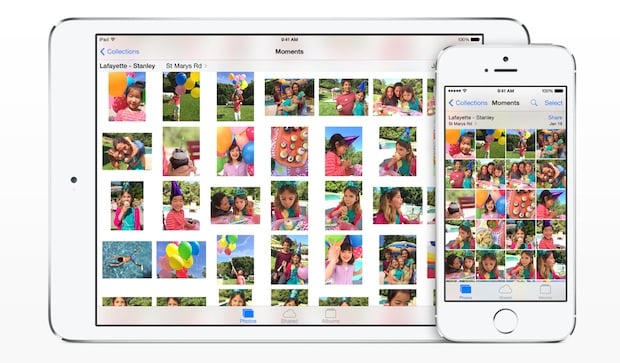 The inevitable question this brings up is what are the storage limits? Storage is limited by how much iCloud space you’re willing to pay for, which up until today, wouldn’t sound too grand. But in addition to the plethora of iCloud oriented announcements today, Apple also announced a new set of pricing plans for iCloud.

They start out with the free 5GB that is shared across all of your iCloud devices, and go up from there into paid tiers that range from $1/month for 20GB to $5/month for 200GB. The tiers actually go all the way up to 1TB of storage, but pricing has not yet been released for the really big plans.

In case you’re curious, here are some prices of other cloud storage platforms. 200GB will set you back approximately $16/month at Dropbox and $8/month on Microsoft’s OneDrive. Pricing-wise, the only comparable alternative is Google Drive, with their 1TB option coming in at $10/month. But as you would expect, none of these third-party platforms will feature seamless integration at the OS level. 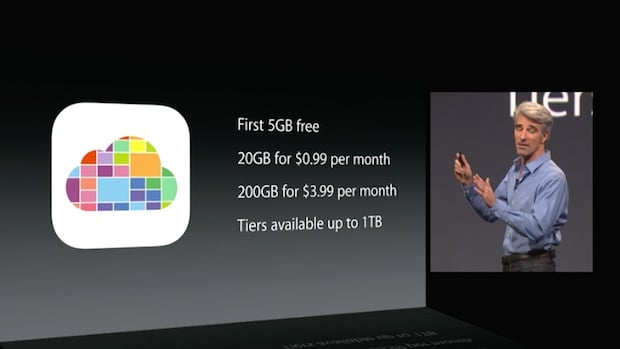 The photo-related announcements from WWDC are just the beginning of the excitement for Apple fans. However, given what is essentially a mass overhaul of the entire Apple photo management infrastructure and the apps that contribute to it, it’s a VERY good day for those only interested in the photography aspect.