I love experimenting with photography, and trying out interesting new techniques, angles, and styles. One of the things I’ve really enjoyed playing around with over the years is drawing pictures with light using long exposures.

These photographs definitely aren’t hard to do. All you need is a stationary camera (i.e. tripod?), and some mobile source of light, like an LED light or a flashlight. Simply set your camera to an extremely slow shutter speed (enough time for your to paint in), make sure the focus is set to where you will be standing, and paint away!

Here are some basic examples of simple shapes I painted: 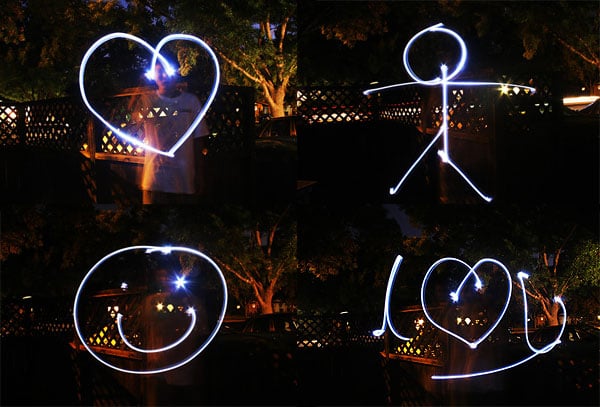 These four photographs were all taken at ISO 1600 at shutter speeds between 13 and 15 seconds. In retrospect, I probably should have used a wider aperture setting to blur the background. These were between f/6.3 and f/11.

Another thing I did was use the timer to give myself 10 seconds to get into position in front of the camera. For long exposures, you could actually omit this and still get pretty much identical results, since the second or two you’ll take to get into position won’t amount to much of the exposure.

Writing is interesting, but a little tricky: 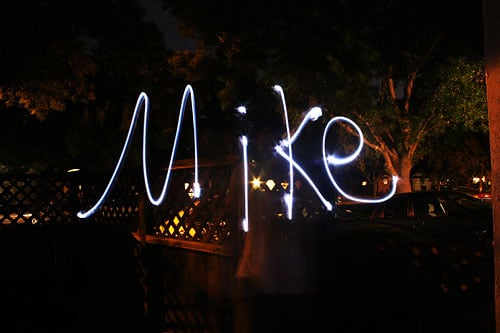 Since you can’t see what you’re doing, you’ll have to remember where in the air you drew each letter. It might take a little practice to get right. Also, keep in mind that whatever you draw will appear backwards in the photograph. In these photos, I decided to write backwards, but you can also write normally and then flip the photograph horizontally to correct it.

Once you get bored with simple shapes and writing messages, try experimenting further and coming up with stranger ways to use the combination of light and longer exposures.

Here are a couple shots I took where I made myself appear multiple times in the photo by turning the light on and off while moving to different areas of the frame. 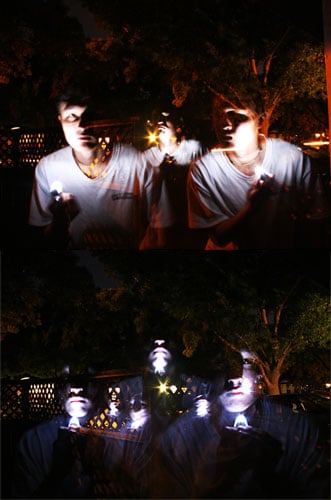 I had to keep in mind where I was at each point to keep from overlapping with prior faces. 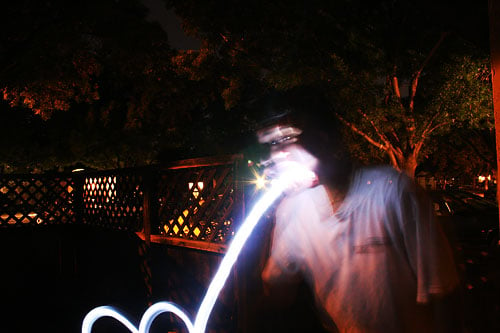 Hmmm… Not sure what to say about that one. How about an angel? 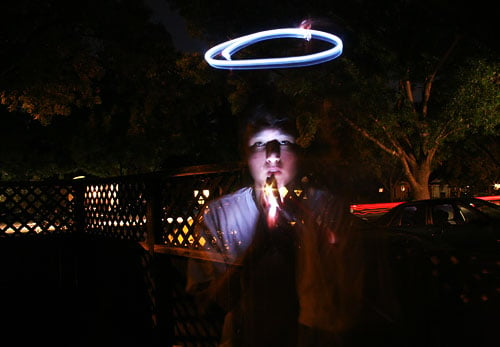 Get a little boy or girl to pose for that one and it might look pretty neat. With me it just looks creepy.

Now, onto some more complicated drawings. First, some scribbles and an example of drawing gone wrong: 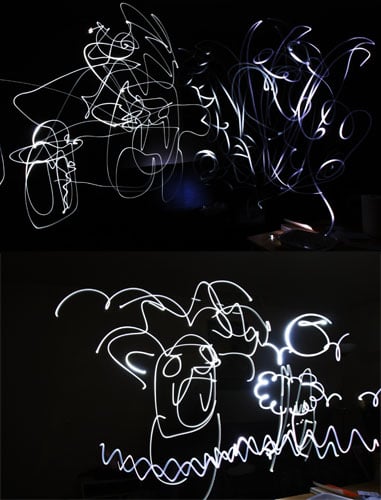 These are a little better, but strange nonetheless: 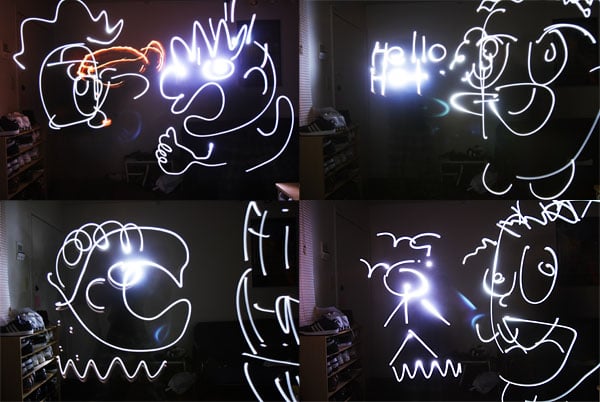 Notice how you can make certain lines or areas glow brighter by allowing your light to stay at that point for a little longer. Finally, a very generic drawing: 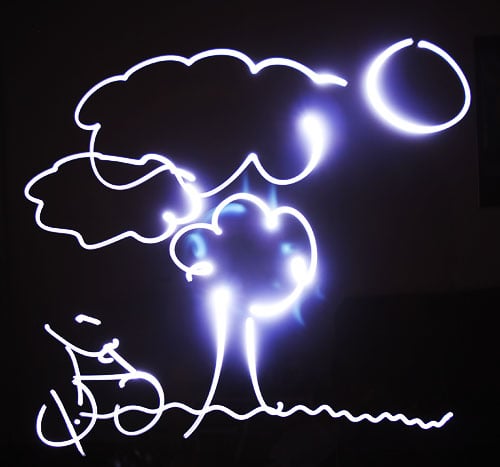 Hopefully this brief walkthrough of light painting was interesting, informative, and inspiring. Though it’s not really useful for improving your general photography, I’ve found that experimenting and doing random things with my camera has helped me grow a lot more familiar with it and the technical side of photography in general.

If you have any interesting results or examples of light painting, feel free to link to them in a comment! If there’s good ones I might update this post with links.