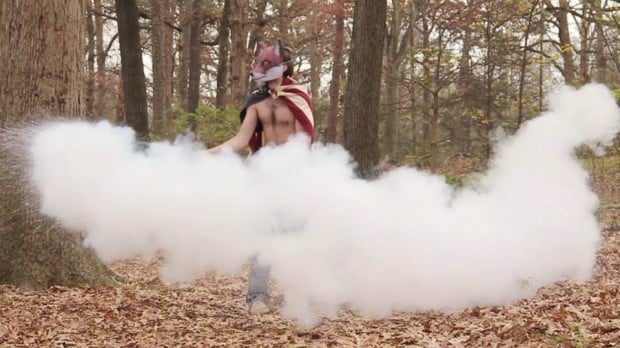 Have you ever wanted to make the video you shot on your DSLR look like it’s playing at 1000fps, or make people warp in and out of your time lapse, on perhaps contort faces like putty? Then come explore the glory that is Twixtor. If you’re not already familiar with the software plug-in created by RE:Vision Effects then I highly suggest you check out the information below, study up, and dive in.

If you don’t already know, essentially Twixtor allows you to take your footage and slow it down to upwards of 1000fps by estimating what the frames needed in between would look like and filling in the gaps. Now it does have its limitations. Your footage has to be at least 60fps for the end result to be worthwhile, and if there’s too much movement you’ll start to get this warping effect around the movement (although used purposefully even the warping can be a fun tool).

Like most people who have used Twixtor before, I first came about it when I needed to slow down footage I was shooting for part of a music video. Armed with a crew of only myself and two others (who were also doubling as the actors in the scene), a tripod, and my trusty 60D we went to shoot a surreal escape sequence that ultimately needed to look like it was moving in super slow motion.

Using a technique outlined by numerous YouTube videos and refined by the article on the subject by DSLR video advocate and professional photographer, Philip Bloom, I was able to achieve the effect you see below.

Now clearly it’s not perfect but given the circumstances and the fact it was my first time trying anything like this the result was pretty impressive. And since it was easy and fun enough we decided to experiment with a few other abstract ideas to mix in to the video in other places. One such idea was to use a fire extinguisher and see how the plug-in handled it. Could it make the motion smooth enough?

The result was pretty impressive. And this was all simply shot on a 60D at 60fps. Imagine what else might be possible if you were able to achieve even higher frame rates. Luckily the GoPro is answering this call and has recently offered the GoPro Black which boasts a very impressive 60fps at 1080p and 120fps at 720p.

And although I have yet to see those features fully exploited anywhere I’m sure it won’t be long before we see super slow motion home videos of surfing, skiing, and snowboarding. And who knows, hopefully my post last week will inspire some even more inventive slow motion videos to surface soon.

Now slow motion is the obvious and perhaps most practical use of Twixtor but if you like to get a little experimental you can unlock some even more interesting uses for it. These uses were first made apparent to me not long ago when I saw a video that David Vincent Wolf directed for the band, Portugal. The Man for their song, Atomic Man. In the video he used over 5000 still photos to essentially create a time lapse of the band’s faces then used Twixtor to interpret the frames in-between. The end result is the mesmerizing dreamy haze of a video you see here.

Clearly this is a case where the limitations of Twixtor are actually a blessing in disguise as they’re clearly what gives the video it’s unique aesthetic. After seeing this video and reading about his process it got me thinking, if this is what it looked like with faces, what would happen if the same process was applied to a regular time lapse? I decided to crack open an old time lapse I had done this past winter in Telluride and see what would happen. The weird morphing effect below is what I got.

Now this in and of itself is fairly interesting but can quickly get old, especially as a rhythm becomes apparent in the morphing. However we can spice it up a little bit by avoiding the rhythm and playing with the frame rates and speeds. With some simple tweaking the video is quickly enhanced.

Now these were just some quick tests with already existing projects. If I were to do it again I’d probably pick a much different setting and certainly wouldn’t have it run so fast at certain points but thus is the fun of learning.

After giving that a shot there was one last project I had in mind that I thought could be interesting. If you saw my post a few weeks ago you know I’m a fan of light painting. So what if I did a sort of “time lapse” of some light painting and had Twixtor try to interpolate what the frames in between might looks like? I quickly set up my camera in my bedroom, broke out a few glowsticks and other light toys and got to messing around.

When all was said and done the results became quite literally a living breathing light painting. The way the light swabs smear across the darkness with such fluid like motion, especially given the fluctuating speeds, can be very transfixing and is a concept I plan to use to greater effect in the future. Now these were all ideas and tests that were done recently and in the haste of simply wanting to experiment, just imagine what it might look like with a series of photos as busy and interesting as this. 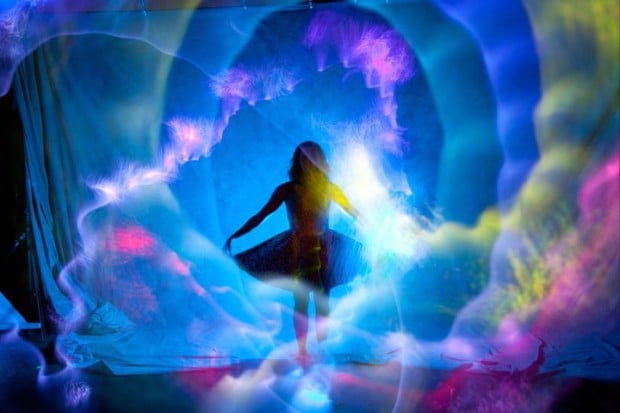 Clearly I’m just beginning to scratch the surface of what Twixtor can be used to achieve but after seeing its more unorthodox uses I’m looking forward to experimenting a lot more. If you’ve gotten adventurous with Twixtor please share your experiences below.

Taking Pictures on an Offshore Oil Rig Is Serious Business