This incredible interview above is with photographer Wally McNamee, a retired Newsweek Senior Photographer and four-time winner of the White House Photographer of the Year. Put together by Bertrand Guez, McNamee shares his experience photographing the 35th president of the United States, John F. Kennedy, throughout his years of service at the White House.

Speaking of the humanistic aspect of Kennedy, McNamee spoke to the fact that Kennedy was one of the most photographic presidents, comfortable around any and all cameras. From unguarded family moments to the most formal of events, he seemed comfortable with flashbulbs going off and the sound of shutters ringing in from every direction.

McNamee also carries on in the interview to share his experience with photographing the aftermath of President Kennedy’s assassination. Photographing the deceased president and his accompanying wife after Air Force One had landed, he specifically mentions just how poignant it was that Jacqueline was still wearing her blood-stained dress upon exiting the aircraft, as it truly told the story and reality of the horror that had taken place just hours before. 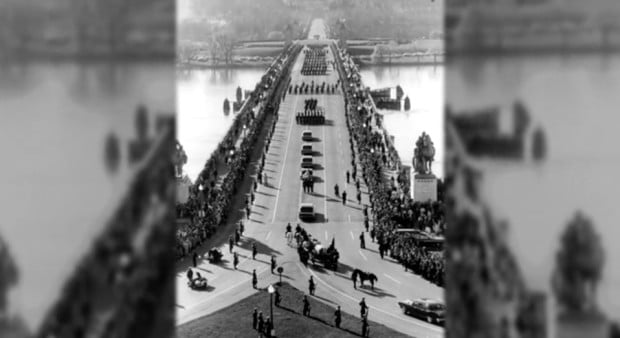 McNamee goes on to describe the photographing of the procession leading to President Kennedy’s burial, the accompanying funeral and the ultimate resting place of John F. Kennedy, explaining how intimate a moment it can be when looking through the viewfinder and capturing moments that define our history as a country.

It’s not only an informative watch, but also quite touching, bringing in the humanistic aspect of his work; something that doesn’t often happen. It comes in at eight and a half minutes, so be sure to take some time out of your day to give it a watch.

Fujifilm Launches Its Own Camera Lens Rental Service in Japan