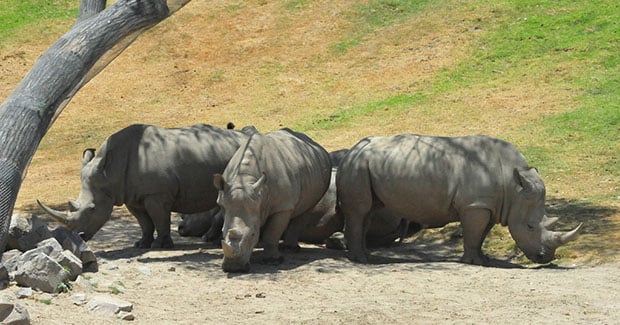 If you care about endangered animals that are hunted for their parts, here’s something important you should keep in mind: make sure you scrub the GPS data on the images prior to sharing them online. Poachers have reportedly been turning to geotagged photos on social networks in order to find out where they can make their next kill.

A photograph that has recently been making the rounds on the Web shows a sign that has been put up at an undisclosed reserve. It reads:

Please be careful when sharing photos on social media. They can lead poachers to our rhino

This is a quintessentially 21st century photo pic.twitter.com/rXvB12xMm6

Quartz did some searching and was able to find this geotagged photo of a wild rhino in Kenya. The photo was captured back in 2011, so it no longer puts the animal at risk, but it shows how easily an ill-willed poacher might be able to find something similar in order to inform them about their next hunt.

“Photographers” are leading poachers to animals intentionally as well. In a 2012 interview with the Sunday Times, South African national park representative Marc Reading stated that poachers are sending young people on safaris to shoot rhinos with GPS-enabled cameras. “The exact co-ordinates are attached to the picture, allowing poachers to come in after dark and track the animal.”

This malicious use of geotagged photographs is reminiscent of a case back in 2012 in which insurgents were able to destroy four Apache helicopters at a base in Iraq after soldiers posted geotagged pictures of the new fleet online.

Thanks for sending in the tip, Sara!

Dancelapse: One Dance Performed Over One Hundred Days