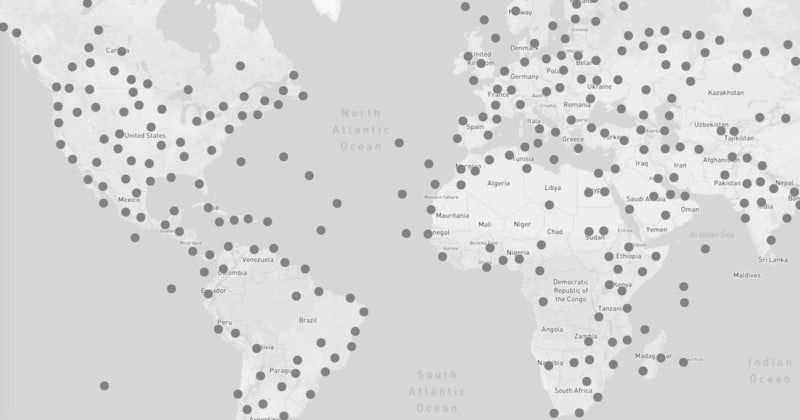 A quick peek at the EXIF data of most photos you find online these days will reveal not only what (mostly) smartphone they were taken with, it will also reveal the exact GPS coordinates where that photo was taken. That’s how one researcher built the “Accidental Geography” map.

Created as a side project by computational psychology researcher Ross Otto, Accidental Geography is an interactive online map that plots the exact geographic location of 140,000 photos shared on WordPress blogs in 2015 with GPS data intact.

The project is, at least in part, about Otto’s own fascination with “the geography of ordinary people’s lives.” But it also begs another question: how many of the 140,000 people whose photos are displayed in the Accidental Geography map know they’re revealing their whereabouts with every photo they share?

“Many of us don’t realize that when we take a phone, our phones record the precise location of the device at the time,” Otto tells Atlas Obscura. “I really think [the map] highlights issues about how careless people are about using personal technology. So many of the pictures on here are taken by bloggers who don’t even reveal their real names, but their photos often reveal where they live within a few meters.” 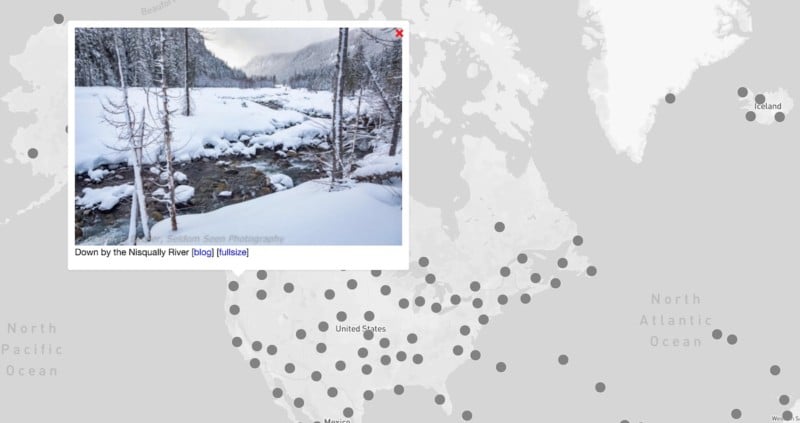 The map immediately reminded us of the huge 2012 story about fugitive software tycoon John McAfee, whose location was inadvertently revealed by a carelessly shared iPhone photo.

It also reminds us not to exhibit the same carelessness.

While we may not be fugitives from the law, it’s worth remembering that many of the photos we take—even those not taken with a smartphone—come with GPS data baked in. If you have a hard time remembering this fact, just take a stroll around the world through the Accidental Geography map. Who knows, you may even find one of your old photos.

Google Unveils Its Pixel Phone with the ‘Best Smartphone Camera Ever’

Kano Camera Kit: Build and Program Your Own Camera