This article was republished with kind permission from ReadWrite and Taylor Hatmaker. 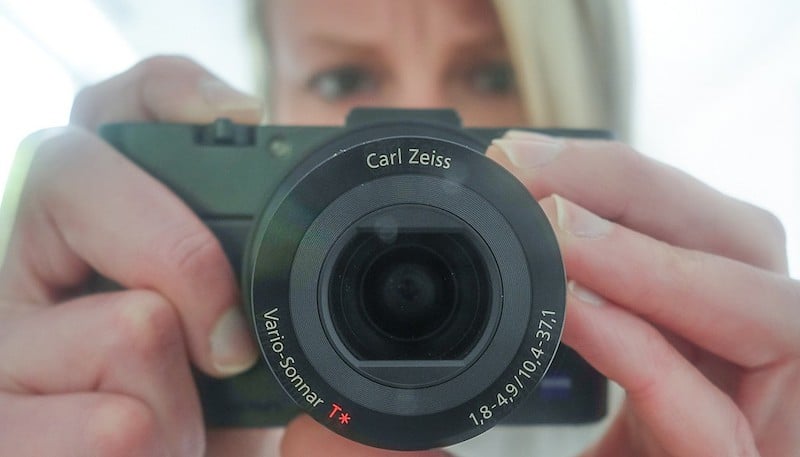 One particularly shitty evening two months ago, a freedom-inclined opportunist busted out the back window of my parked car and liberated a professional gadget lover’s gear bag—my gear bag—that was stuffed to the gills.

At the end of the short trail of shattered glass, I took one look beyond the passenger-side window’s suddenly-jagged teeth, totally freaked out and made a beeline for the nearest bar (conveniently located a quarter of a block away).

Two and a half beers deep into my mental inventory of the gear I’d packed for what became an ill-fated workcation to the Washington coast, the realization that I’d lost my camera stung the worst. Not because it was valuable—so was my Macbook, my iPad, my unshattered window and the rest of the roughly $6000 worth of stuff. But some stuff is just stuff.

My trusty Canon 60D DSLR and rotation of core lenses? That was personal—and it wasn’t coming back. Time to start from scratch.

It’s taken more than two months, but something good came out of the experience that wasn’t just my State Farm insurance check (quick side note on renter’s insurance: totally worth it). As it turns out, losing my camera made me completely reevaluate the way I shoot—and, as it turns out, that was long overdue.

Shortly after my stuff took its own vacation of sorts, I went on a very photogenic trip to Oaxaca, Mexico, backpacking from Oaxaca’s coast to its colorful capital city of the same name. As I watched huge waves pummel surfers, wended my way through a remote beachside coconut grove and toured ancient Zapotec ruins, it dawned on me that my iPhone just couldn’t cut it. I missed my “real” camera—the way it handled light, the control and the image quality.

On such a unique trip, being cameraless felt surprisingly crippling. Before I left, I thought I’d be okay without one. I’d hardly been pulling out my 60D for fun lately. But would I really have wanted a DSLR with me?

My 60D, even fitted with my favorite lightweight 50mm lens, would have weighed me down (literally) and rendered my girlfriend and I the perfect tourist targets. We felt safe for the entire trip, but toting around a flashy two pounds of camera could have changed that situation, and not in a good way.

I missed my stolen gear, but the Oaxaca trip made me realize that a DSLR wasn’t a smart match for my non-professional (i.e. non-tech event) photography needs. For travel and street photography, the lighter and less conspicuous, the better.

Over the course of my two weeks in Mexico, I snapped a few hundred iPhone photos I’ll probably never take a second look at, and recognized that it was time to find a better fit.

Photography has long required choosing camps: Canon vs. Nikon, black & white vs. color, and, more recently, film vs. digital. Unlike a lot of gadgets, you need to think about the long game before you go and buy a new camera, since most lenses and accessories aren’t cross-compatible.

With a blank slate, I surveyed the modern digital photography landscape, which has transformed completely compared to 2011, when I was last in the market. A casual compact point-and-shoot was out of the question—I might as well use my phone—as was a high end DSLR (way too expensive). Even three years ago, ruling out the low and high end would have left a small body of options. But today that middle ground is vast, innovative and mostly pretty affordable.

For one, there’s a massive swath of mirrorless interchangeable lens cameras out there now, which tend to be compact while offering pretty decent control and quality. But I already use a Sony NEX-F3 (which fits into this category) for casual event photography and I’m well versed in its compromises. The photos are good enough usually, but the interface is built for a beginner and it’s not that much more compact, depending on the lens. This wasn’t the solution to my existential camera angst.

My natural instinct was to just re-buy my trusty DSLR, the Canon 60D, or to snag its successor, the Canon 70D. Next I leaned toward taking the next leap and investing in my first pro-ish full-frame camera, something “entry level” like the Canon 6D. Then I realized that I was just staying in my safety zone, and lately that hasn’t been working. 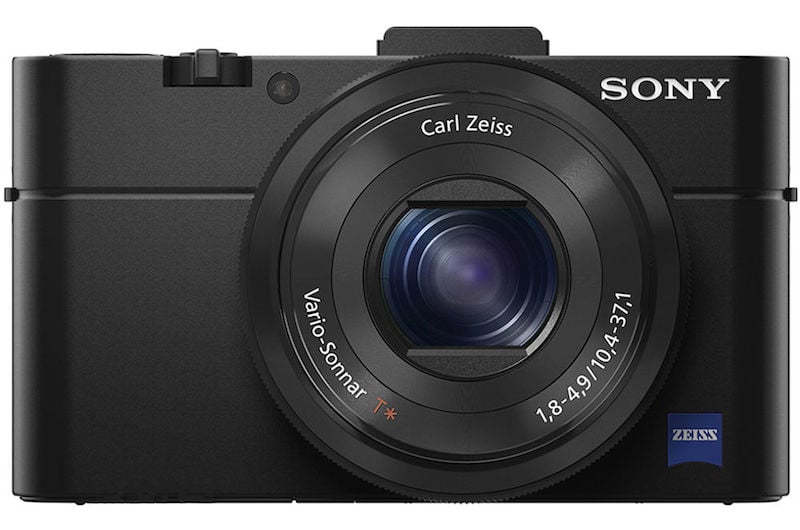 My solution? I’m trying something totally new, and sort of totally old at the same time. I didn’t re-buy the DSLR or upgrade to a pro-level camera. Instead I took a leap of faith on the $700 Sony RX-100 II, an extremely compact camera without interchangeable lenses. That fact makes me nervous, but it seems that even the pros like the RX-100 and newer RX-100 II when portability is key. At first, $700 for a compact camera sounded ridiculously expensive. But without lenses to lust after, the RX-100 II is actually pretty thrifty for what it delivers.

This “pro compact” genre of camera generally features advanced settings that photogs like (RAW, manual focus, etc.), all crammed into something the size of a point-and-shoot. The thing is so small it feels like a spy camera, and it actually fits in my pocket. Not cargo pants or man-pants pockets, just my normal jeans pocket.

After taking a long hard look at how I’d been using my camera before it was stolen (namely: not enough), I’m excited to build some new photography habits. I’ll let you know how it goes.

About the author: Taylor is a technology writer & thinker with a deep interest in the spaces where tech, culture, and big ideas overlap. She’s got a keen eye for mobile gadgets, social media, and all manner of emerging web and technology flora.

She has written regularly for Yahoo News, MSNBC, Today.com and her pieces have appeared on Mashable, io9, Jezebel, ABC, Entrepreneur.com and in the print edition of USA Today, among others. She is the founding technology editor of Autostraddle.com.

A Southerner at heart, Taylor graduated from New York University before heading west. Taylor’s work appears regularly on ReadWrite, one of the web’s best respected technology blogs. You can follow her work on Twitter and Google+. This article originally appeared on ReadWrite and has been republished with permission.

Image credits: Header image by Taylor Hatmaker for ReadWrite; photo of me by Evan Friedenberg