We’ve shared just how dangerous it can be to get in the way of a drive down the fairway of a professional golfer before, be it on accident or by request. But today we’re sharing something that’s potentially even more impressive, albeit quite a bit more costly than previous events.

Professional golfer Keegan Bradley got a bit frustrated after missing a putt, caused in part by a DJI Phantom that was hovering over his head during the attempt.

So, in an effort to show the DJI Phantom and attached GoPro Hero3+ who’s boss, Bradley lined up a few shot and started chipping away. On what looks like the fourth shot: he nailed it. 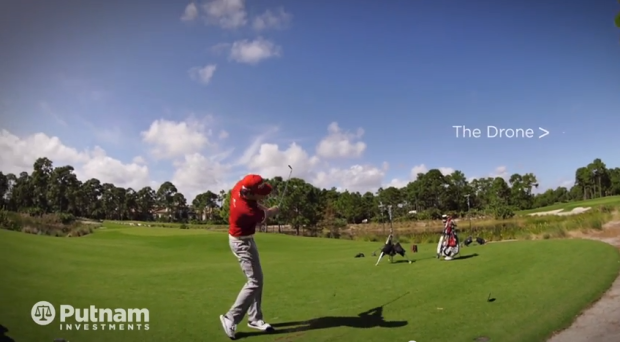 It’s worth noting that, as much as the video description says it was out of frustration, I have a hard time believing that considering he had a smile on his face for a good portion of the video. But for the sake of virality, they may have tried to make the story a bit more interesting than it actually is.

Regardless, it’s another impressive feat from a world-class golfer who just wanted to show off how ridiculously accurate his shot is while simultaneously destroying some camera gear… RIP DJI Phantom.