In an effort to combat the ongoing belief amongst a great deal of the general public that pit bulls are an aggressive breed of dog, bred only to fight and hurt people, photographer Douglas Sonders has put together a PR campaign called Not a Bully — and it is already helping to change people’s perception of this lovely breed.

It was two years ago, four years after his previous four-legged pal Winston Churchill passed away, that Sonders adopted the pit bull mix Emma (previously called Midori). She had been in foster care for over nine months before he adopted her, where numerous times, due to her breed and color, she was “inches away” from being put down. As a self-proclaimed “softie,” Sonders couldn’t help but wonder why people would try to put down such a sweet dog, purely because of a negative stereotype.

So he adopted her, and in no time the two became an inseparable pair. In his article on Fstoppers, Sonders says that Emma is “afraid of thunder, loves belly rubs, is sweet with kids and great with other animals.” Hardly a trained killer.

So why is it then that this negative idea surrounding pit bulls is so prevalent, when in fact Sonders says studies have shown pit bulls to be one of the most docile breeds of dogs?

As he explains in his article, this is due to the breed’s natural urge to please their owners, combined with a great deal of human error. Pit bulls are very intelligent dogs who are very responsive to training and, more importantly, are incredibly loyal breed to their masters. These qualities are absolutely wonderful until you put them in the wrong hands — something that has unfortunately happened all too often. 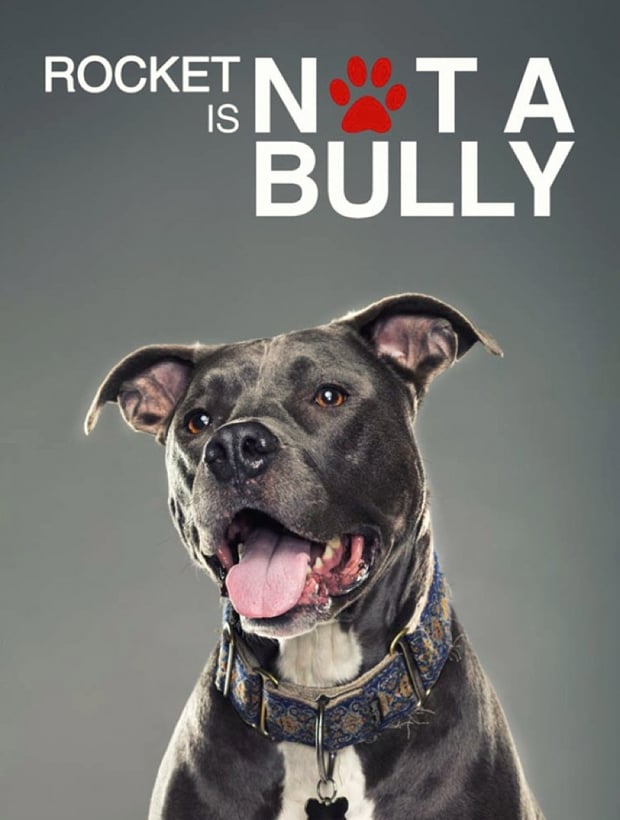 Due to their size, pound-for-pound strength and desire to do whatever they can to please their masters, horrible humans have exploited and turned them into fighting dogs. But if you think that Pits, even those who have been fought, are naturally disposed to violence, nothing could be further from the truth.

And if you need proof, Sonders invites you to read this article on how almost all of the fighting dogs owned by Michael Vick (who haven’t been put down) have been lovingly rehabilitated into well-adjusted, caring and protective pets and placed in happy homes.

With Emma now safe in his loving care, Sonders started to pick up more and more on just how negative the pit bull stigma was. Properties he was trying to lease wouldn’t allow him to have a pit bull, people would scowl at him on the streets when Emma was with him, and certain cities have even implemented breed specific legislation (BSL is a curse word among pit owners) that has literally led to family pets being taken from their homes and euthanized just because of their breed — no violent history required.

In an effort to combat these troubling realities, Sonders has combined his passion for photography with his newfound love of pit bulls to create the Not a Bully campaign.

As Sonders explains it, Not A Bully is “dedicated to sharing the positive stories of rescued pit bulls that have been through the worst (bait dogs, abused dogs, dogs that were kicked/shot/starved) and have every reason to hate humans, but with some love and training they have made positive impacts on our communities.”

He began creating a series of portraits of pit bulls, with the campaign title and clever slogan “[Insert Dog’s Name] is not a bully.” Eventually, he hopes to expand the awareness by means of short videos, where the stories of other dogs are shared, as well as arranging adoption events. 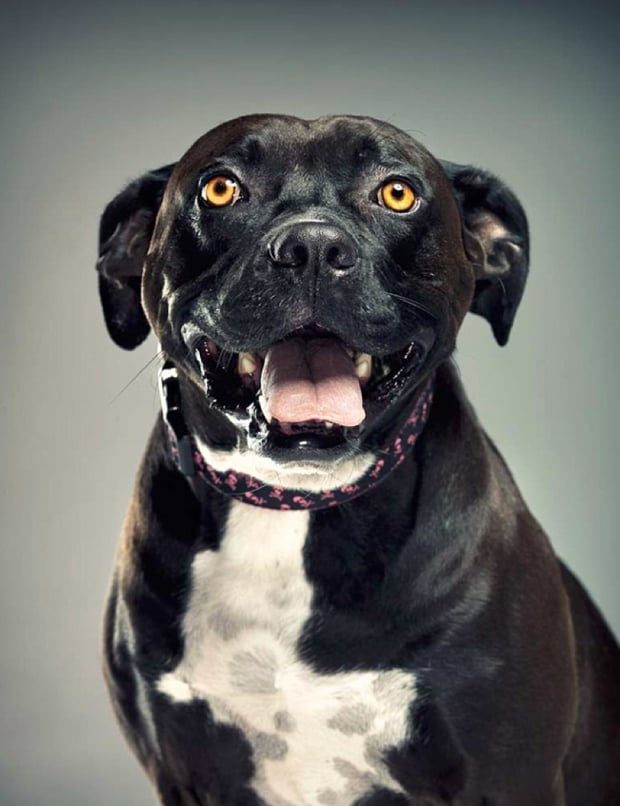 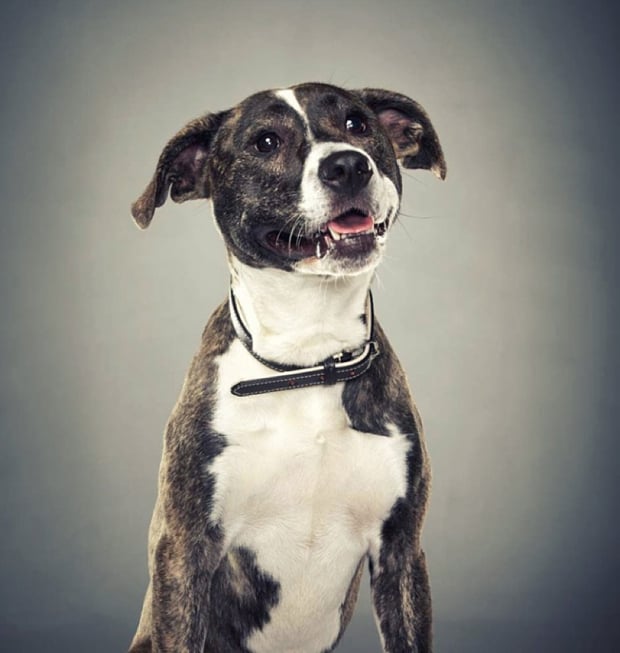 Since creating Not A Bully, the campaign has skyrocketed to incredible heights, drawing the attention of National Geographic who reached out to him directly. Little did he know that National Geographic had tagged up with Cesar Millan (more affectionately known as the Dog Whisperer) to create a TV special about changing the public’s perception of pit bulls … exactly what Sonders is working on.

And so, after a bit of waiting, a few flights and plenty of planning, filming took place late in 2013. Titled “Love My Pitbull,” the final result is coming out tonight, April 18th, at 9PM on National Geographic Wild. If you want to see what this breed is really like, we highly suggest you tune in. 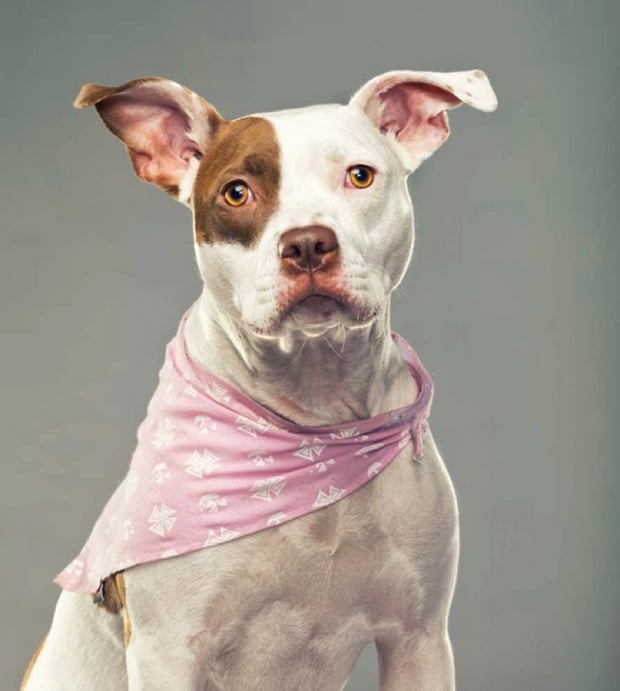 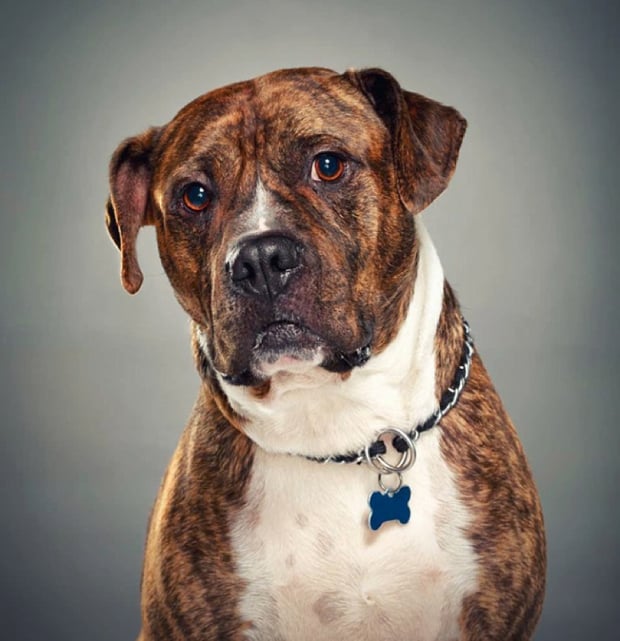 As the owner of a pit bull mix myself, I take my hat off to Sonders for creating Not A Bully. It’s a wonderful campaign that deserves all of the success it has already achieved. And with some help from Nat Geo, it might just help change an absurd stereotype that has already claimed too many loving dogs’ lives.

Image credits: Photographs by Douglas Sonders and used with permission

Editor’s Note: Chiming in before the trolls jump on this in full force, I (EIC DL Cade) want to say that I too am the proud owner of a pit. In fact, my family owns three pit bulls, each incredibly loving and well-adjusted.

I just want to encourage anybody who is not sure what to think about this breed to do your own research, watch documentaries, read up on the studies and listen to actual pit owners like Douglas, Gannon and myself rather than just accepting that pits are aggressive by nature.