In collaboration with Turkish agency 41? 29!, the fund has launched something called the #LastSelfie. In these ads, the WWF uses Snapchat’s self-destruct count-down method of viewing photos as a bit of a metaphor for the quickly diminishing numbers of certain endangered species. 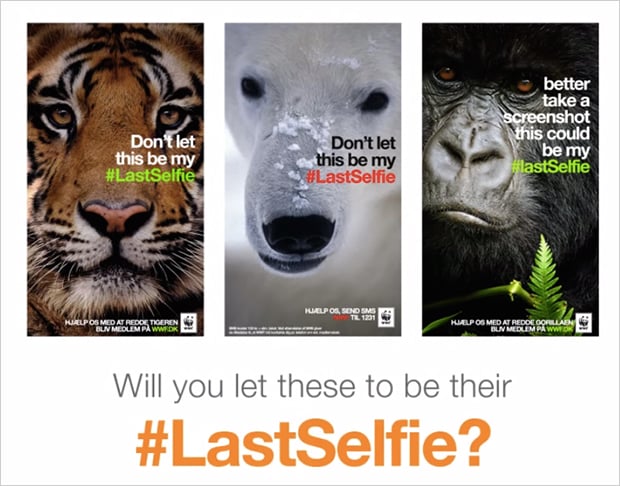 As it says in the campaign ad above:

In a way Snapchat is a mirror of real life. The images you see are transient, instant, unique, yet only live for a few seconds. Just like these endangered animals.

It’s a unique approach to using photography in combination with a fairly new social platform to bring attention to one of the most recognizable charities in the world. As perfectly summed up by writer Jeff Beer over on Fast Co., “Here’s hoping it helps spark a new generation of engagement and not just another round of casual slacktivism.”