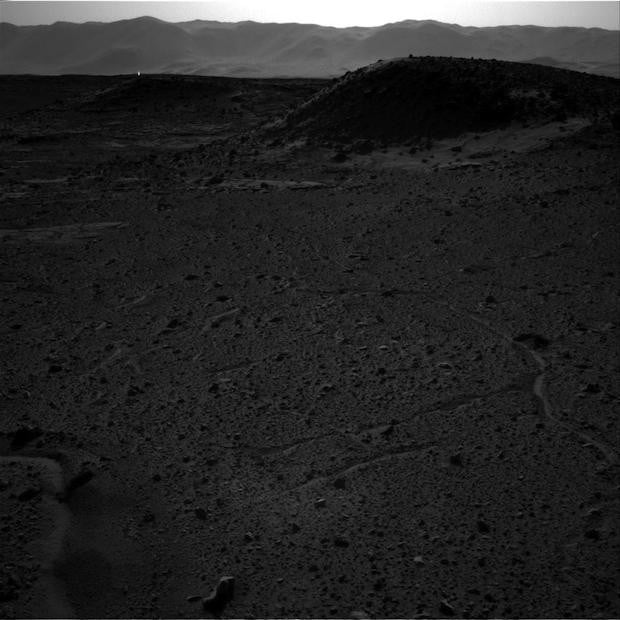 Take a look at the photo above. It was taken recently by the Mars Curiosity Rover and contains a ‘light’ in the top left that has caused such a fuss NASA actually had to come out and clarify that it wasn’t, in fact, anything of consequence.

Personally, I like the photo in general. A moody, monochrome landscape from a different planet — like Ansel Adams on Mars (if he was a robot and not nearly as good at composing his shots).

But in case you were hoping that this really is proof that aliens light camp fires or occasionally turn on the lights by accident while Curiosity is looking, here’s NASA’s explanation of the photo:

This image from the Navigation Camera (Navcam) on NASA’s Curiosity Mars rover includes a bright spot near the upper left corner. The sun is in the same direction, west-northwest, above the frame. Bright spots appear in images from the rover nearly every week. Typical explanations for them are cosmic rays hitting the light detector or sunlight glinting from rocks…

One possible explanation for the bright spot in this image is a glint from a rock surface reflecting the sun. Another is a cosmic ray hitting the camera’s light detector, a CCD (charge-coupled device). Cosmic ray patterns in Mars rover images vary from a dot to a long line depending on the angle at which the ray strikes the detector. 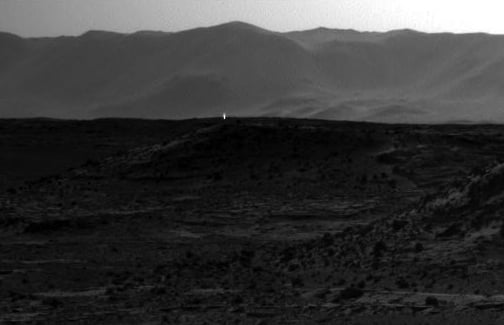 So, like the mysterious donut jelly rock before it, it seems this is in fact nothing more than a standard aberration that NASA engineers see fairly frequently. Not that that’ll do nothing to dissuade determined conspiracy theorists.

If you’d like to pixel peep the photo and investigate for yourself, you can head over to the NASA JPL website and download the high-res TIFF by clicking here.