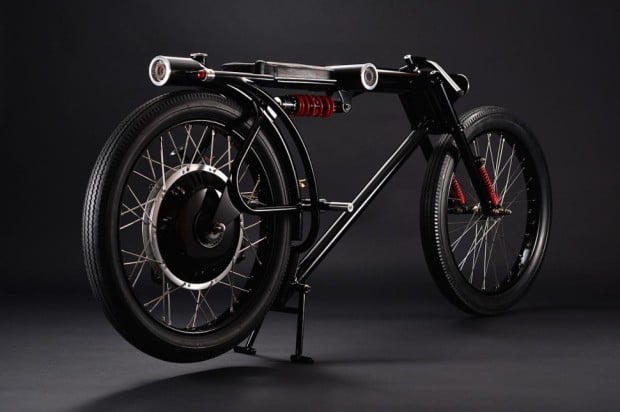 Japanese security firm Security System Co. (gotta give them credit for originality) recently got in touch with the incredibly talented designer Chicara Nagata — who creates high-end custom-made motorcycles — to see if he would build them a security camera… they left the details up to him.

So, naturally, he chose to do what he does best and built a motorcycle … or a security camera … or whatever you want to call this strange and strangely awesome hybrid.

After initially being contacted, Chicara went through his usual brain-storming process in hopes of creating a unique camera system with a “low-profile or otherwise unique” aspect, he explained in an email to MegaDeluxe. However, when inspiration failed to strike, he quickly ditched that idea and went back to where he really shines: Motorcycles. 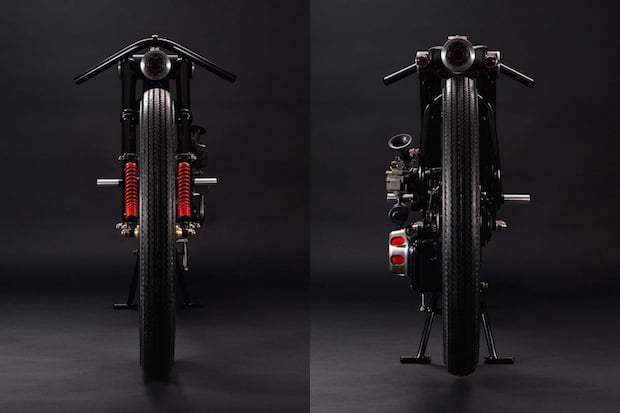 The result is an incredibly simple and absolutely fascinating motorcycle design based around a tiny 49cc Honda gas engine and several consumer-level Sony surveillance cameras. The headlights and tail lights have been replaced with the HD Sony cameras — complete with night-vision LED lights — and two more cameras are built into the seat pan, looking out both sides, effectively giving the two-wheeled spy machine 360º vision. And what’s more… you can actually ride it!

Meant to be “installed in museums, entry hall of a building, hotel lobby and stores, etc.” Chicara states that “Of course, this can run swiftly in town,” but that would greatly depend on where you are and what the legal restrictions are. I’m currently in the process of re-building my own motorcycle and looking through the regulations, I can assure you this isn’t street-legal in most, if not all 50 states in the US. 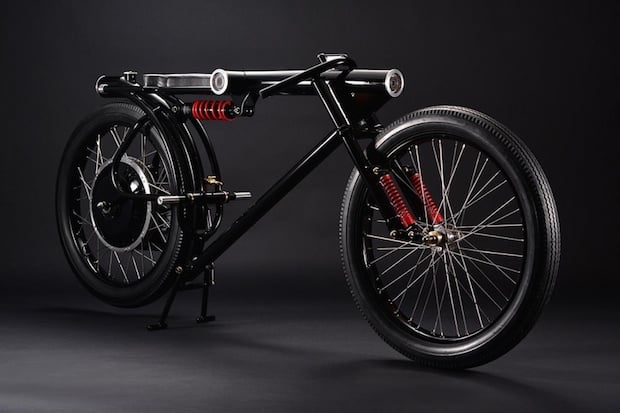 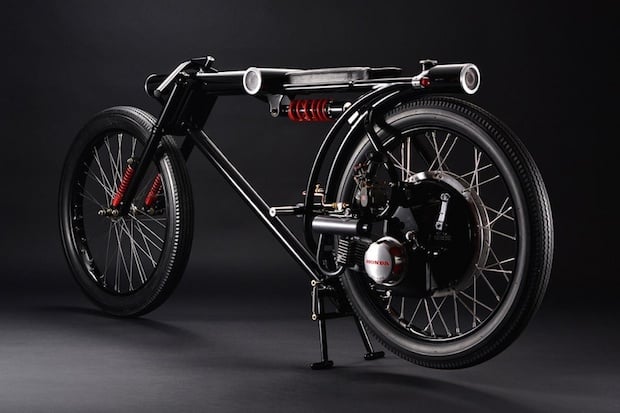 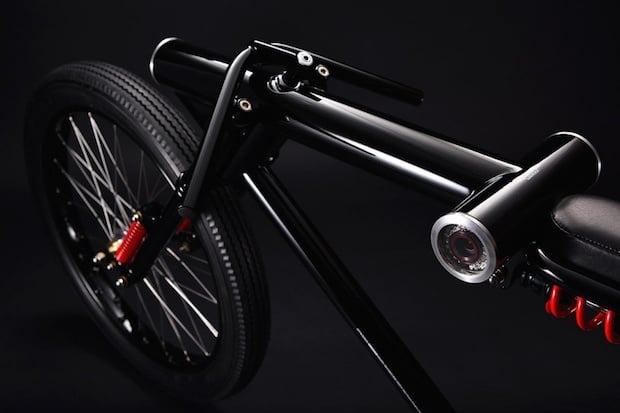 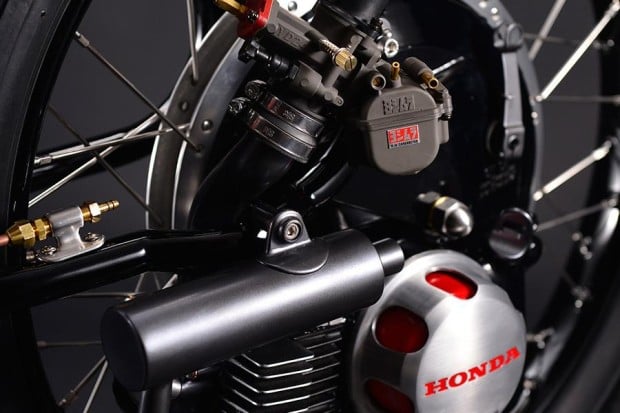 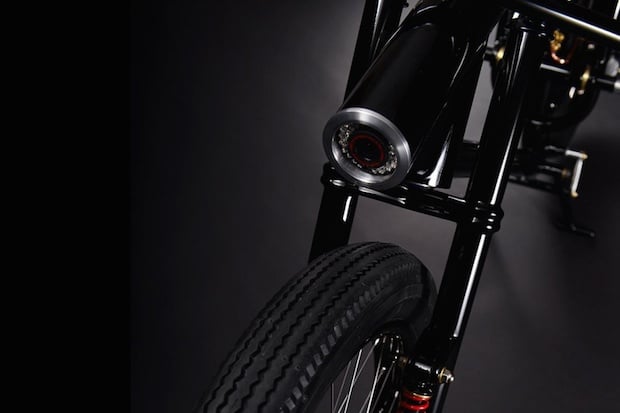 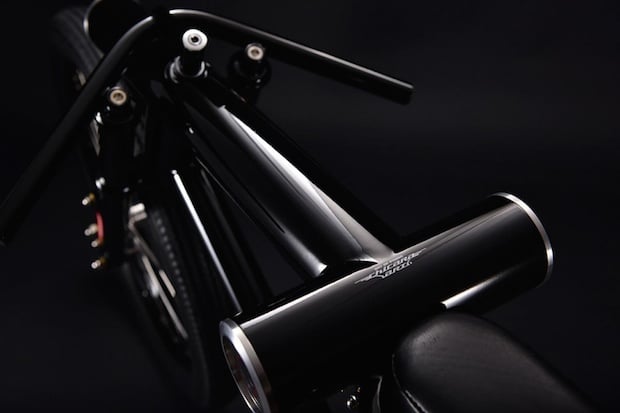 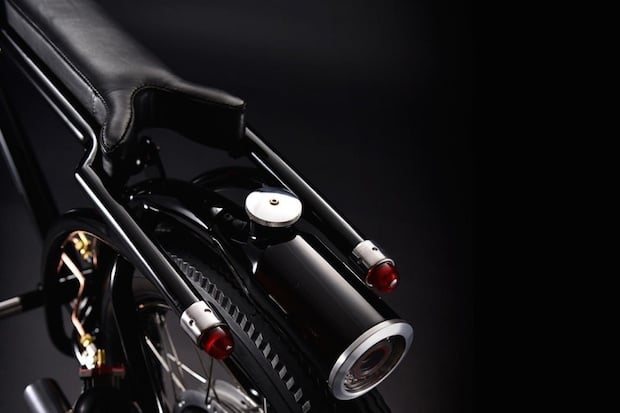 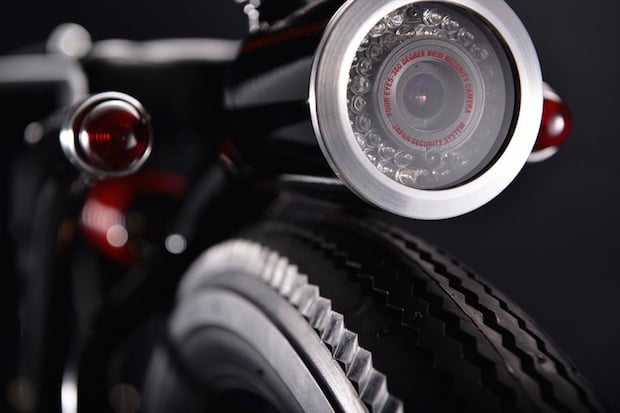 While we aren’t sure what exactly Mr. Kaku expected when he reached out to Chicara in the first place, it’s safe to say he probably didn’t think he was going to get this hybrid beauty. That being said, even if it was a failed product design, the viral attention it’s getting is going to be far more valuable than a one-off product design.

(via Megadeluxe via Digital Trends)