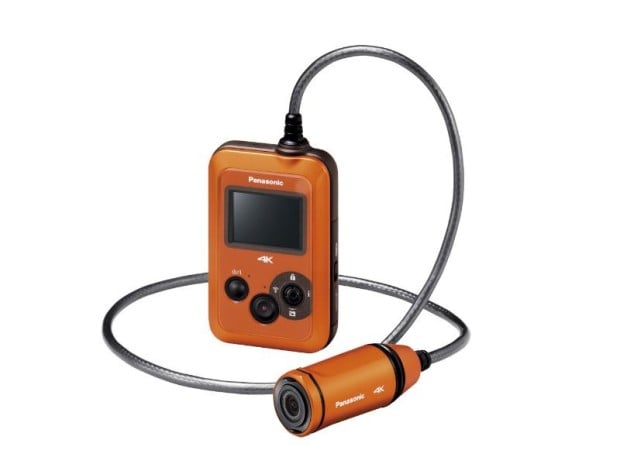 Looking to take a bite out of the GoPro market, Panasonic has just announced the HX-A500: a light-weight, wearable, wide-angle camera capable of shooting impressive 4K footage at 30fps.

The first thing you’ll notice about the A500 is that its form-factor is a bit strange, resembling an old Walkman more than a video camera. While the lens portion of the camera looks fairly standard and comes in at an incredibly light one ounce, it’s tethered via a braided cable to a separate body unit that houses a 1.5″ LCD display and all of the controls.

Additional features of the HX-A500 include WiFi and NFC capabilities — allowing you to easily connect it to your mobile device for reviewing the footage and controlling the camera — as well as the standard dustproof and waterproof certifications that will let you take it 10 feet underwater for up to 30 minutes. Obviously we’ll have to wait to see how it performs before making a call, but the new camera seems like an interesting piece of gear. If you’d like to find out more, check out the video below or head on over to DPReview to read the press release in all its glory.

The camera will be available in the U.K. starting in May for £380 (about $630 USD), and is expected to make its way across the pond sometime in July.