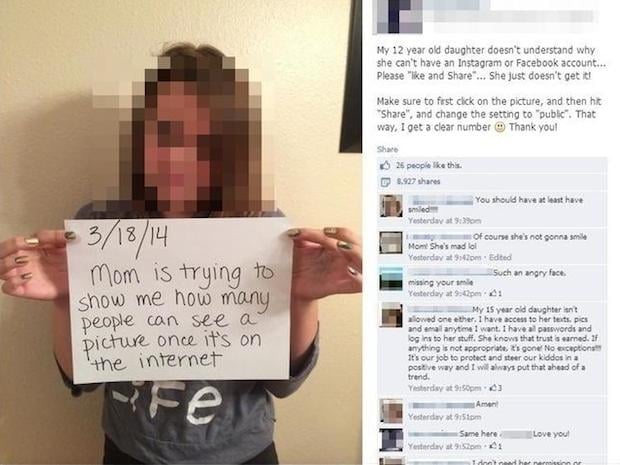 A Colorado mother learned an important lesson of her own last week when her plan to teach her daughter just how quickly a photograph can spread online through social media worked far too well.

In an attempt to explain to her daughter Amia why she couldn’t have a Facebook or Instagram account, Kira Hudson decided to show her just how quickly a photograph could spread online. This involved taking a picture of Amia holding a sign that said “Mom is trying to show me how many people can see a picture once it’s on the Internet,” sharing it with all her friends and asking them to like and share for the sake of the parenting lesson.

The plan worked well… too well… WAY too well. In just 48 hours the photo accrued over one million likes as image board 4chan got ahold of it and turned it into a meme. What began as a lesson from her daughter transformed into the users of 4chan trying to teach Ms. Hudson a lesson about public shaming by replacing the message in the picture with everything from obscenities to the message “Maybe you shouldn’t use your daughter as an experiment to prove your point… just an idea.” 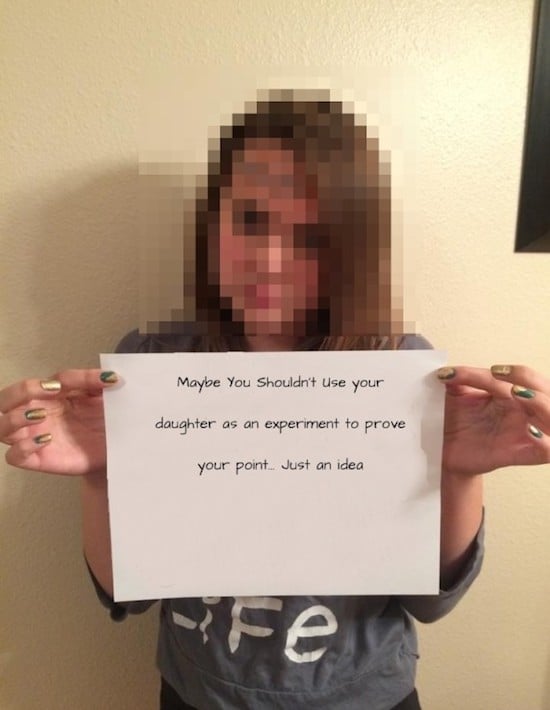 The site’s users even got ahold of her phone number and her old address, which led to many prank phone calls and pizzas being delivered to the family who had moved into that house and now, through no fault of their own, found themselves in the middle of an online frenzy.

On the bright side, it’s safe to say Amia learned the lesson her mom was trying to teach: you have NO idea how fast a photo can spread to millions of people online. But Ms. Hudson probably didn’t expect the experience to be so educational for her as well.