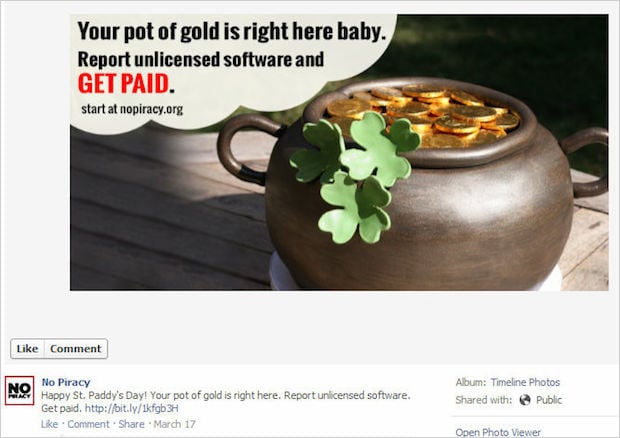 Well this is awkward… We’re all for people advocating for copyright law and making sure that people at least understand that it’s bad to steal other people’s intellectual property, but if you’re going to do it, you might want to follow your own rules.

Case in point: Anti-piracy group The Business Software Alliance was called out this weekend for allegedly using a stolen photo in an anti-piracy ad that encouraged people to turn in unlicensed software users.

The ad in question (which you can see above) reads: “Your pot of gold is right here baby. Report unlicensed software and GET PAID.” Problem is, the pot of gold picture they used to illustrate the ad is actually a picture of a delicious St. Patrick’s Day cake baked by Cakecentral user Bethasd. 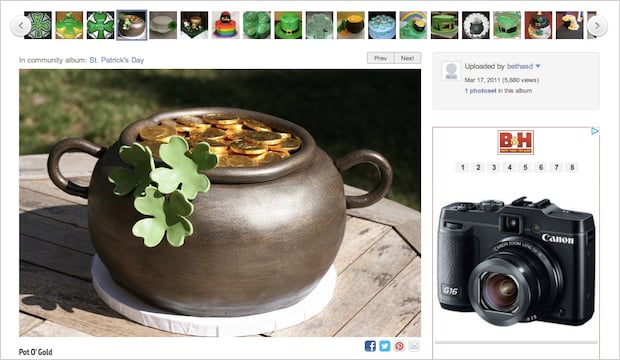 When this was pointed out to the BSA, they declined to comment and immediately pulled the photo down, pretty much confessing by omission that they were in the wrong.

Now they’re in the awkward situation that might have them paying out their own pot of gold to user Bethasd, who is being encouraged by many to ask for both licensing fees and damages for the unauthorized use.